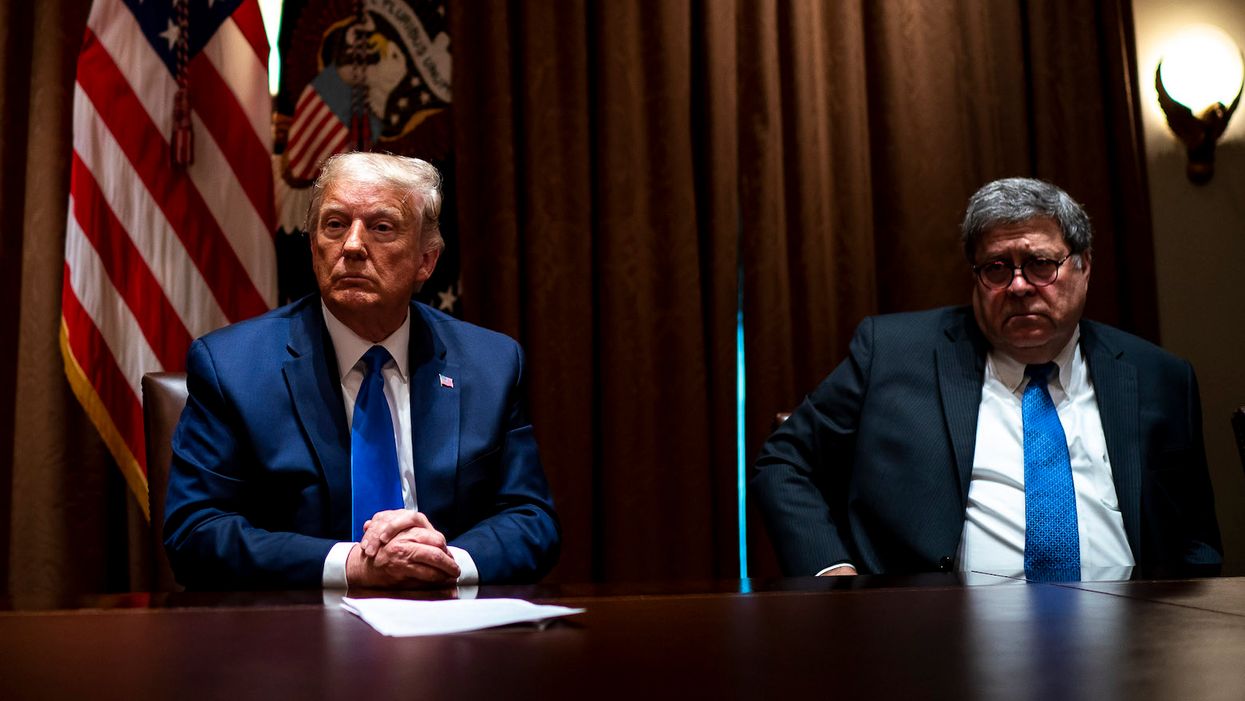 President Donald Trump is scrambling to maintain the hold on his support base with just two weeks left until Election Day and it looks like he's going a step further to ensure QAnon believers have a voice.

"President Donald J. Trump has prioritized fighting for the voiceless and ending the scourge of human trafficking across the Nation," the White House said in its statement, later adding, "Since taking office, the President has signed nine pieces of bipartisan legislation to combat human trafficking, both domestically and internationally."

While the Trump administration has vowed to take a "whole-of-government approach" to combatting the issue of human trafficking, it is not as cut-and-dry as it seems.

According to This Week, QAnon's disturbing beliefs and the president's subliminal acknowledgement of their beliefs could be problematic. The publication explains:

QAnon's founding myth holds that our society has long been in thrall of a "deep state" cabal of Satan-worshipping, cannibalistic, Democratic pedophiles with whom Trump is locked in secret battle — and Trump is closing out his re-election campaign with near-confirmation of exactly that. He's treating QAnon as a significant part of his base and sending a hearty dog whistle in their direction.

Ethan Zuckerman, director of the Center for Civic Media at MIT, weighed in with his concerns about the Trump campaign treading dangerously close to the QAnon conspiracy theories.

"We're seeing the Trump campaign tack closely to an almost explicitly QAnon narrative," Ethan Zuckerman, director of the Center for Civic Media at MIT, told The Washington Post in an August report. "I don't expect to hear the president talking about pedophilia or Satanism, but I expect to hear almost everything else."

The White House's statement came just days after Trump claimed to have no knowledge of QAnon and what they believe.

"I know nothing about QAnon," Trump told NBC moderator Savannah Guthrie during his town all special on October 15. "What I do hear about it is they are very strongly against pedophilia... I do agree with that, and I agree with it very strongly."