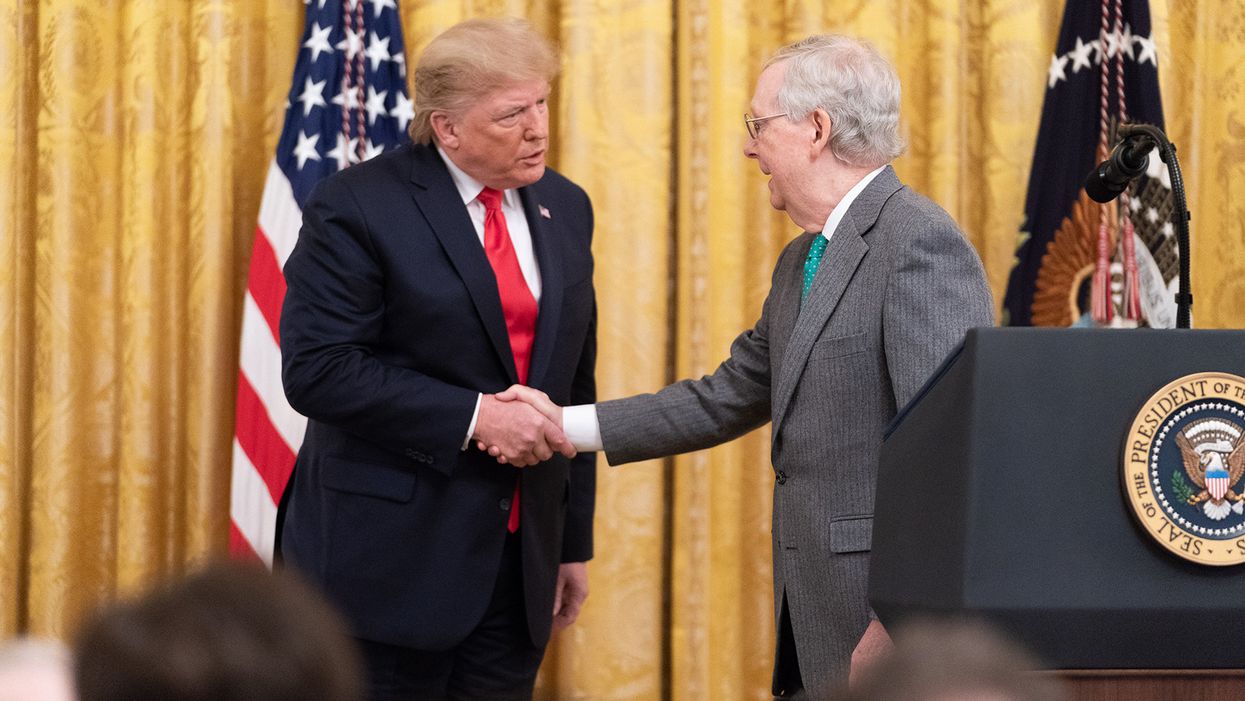 President Donald Trump and Senate Majority Leader Mitch McConnell (R-Ky.) are facing backlash from Kentucky voters for reneging on their promise to bring back coal.

Although hopes were initially high for Trump and McConnell's ability to work together, a piece published in the Louisville Courier-Journal suggests the president and Senate leader failed in Kentucky. At a time when coal-fire units were facing great peril and on the brink of becoming obsolete, former Kentucky Gov. Matt Bevin (R) urged the Tennessee Valley Authority (TVA) to vote against the closure of the last coal-fired unit within the historic Paradise fossil plant.

"Hopes were high for President Donald Trump, who had campaigned on a promise to revive the industry, to sway the TVA," the publication wrote. "He tweeted his support, and Kentucky's powerful Senate Majority Leader Mitch McConnell also pushed to keep the plant open."

Despite the tweeted commitment, the TVA still opted to shut down the coal-fired unit just days later. Now, more than 2,700 are without jobs despite Trump and McConnell's vow to ensure jobs were salvaged. Jon Rogers, whose family coal company also fed the Paradise fossil plant, weighed in. According to Rogers, even the power of an elected office still has limitations.

"You've elected a person occupying the most powerful office on earth. So you think they can get it done," said Rogers as he conceded, "There's a limit to their power."

Rogers also noted that coal is not even a key issue as the president's re-election campaign nears Election Day. "Even President Trump now, he doesn't talk about coal," Rogers said. "You just don't hear it."

Now, Trump is being lambasted for once again reneging on previous promises he made in order to secure the presidency. According to the publication, the coal-fire unit closure is a prime example of that.

"The closure was a stark example of Trump's inability to meet the promises he made to voters to reverse coal's decline. Since then, a cascade of bankruptcies, coal plant closures and mine layoffs across the U.S. further diminished coal's political clout," the publication wrote.

Hopes for the comeback that many politicians said they could help coal achieve are fading fast. And those politicians are talking much less about the "war on coal" that helped push them to past victories — if they discuss coal at all.

Many fear that it may already be too late for coal to make a comeback in the United States which will only lead to more job losses in the coming months and years until coal jobs are officially rendered obsolete.