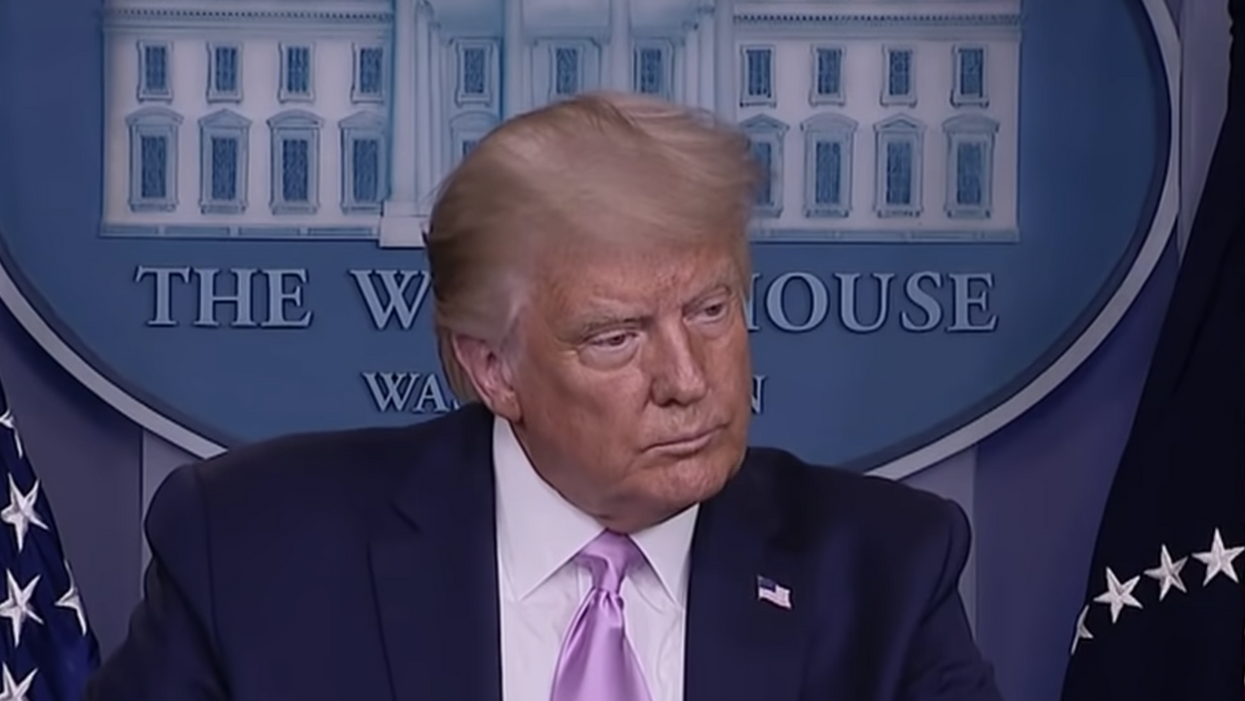 It is now more than 30 years since sociologists proposed moral panic as a way to understand the incitement of fear around a perceived enemy. In the opening paragraph of his canonical study of popular media from 1972, Folk Devils and Moral Panics, sociologist Stanley Cohen outlined his basic thesis:

Societies appear to be subject, every now and then, to periods of moral panic. A condition, episode, person or group of persons emerges to become defined as a threat to societal values and interests.


In President Donald Trump's America, those people are queers, racial minorities and Jews.

At the time Cohen was writing, his focus was on popular media and the manipulation of mods and rockers as moral degenerates. He argued that those in positions of authority used sensationalized headlines to enforce what they saw as threats to social order.

We find ourselves in a similar place today. The media in question is social, but the targets are as old as journalism itself.

When Trump refused to call out QAnon in his Oct. 15 town hall, preferring to show sympathy for its purported fight against pedophilia, he tapped into a moral panic with deep historical roots. The danger that QAnon poses is not that it's endorsed by the president. It's the way it speaks to long-festering hatreds that transcend political affiliation.

During a news conference on Aug. 20, 2020, Trump responds to a journalist asking him to comment on QAnon.

QAnon was born digital in the age of “platformed antagonism," where social media breathes new life into racist stereotypes. But its appeal owes to a longer history of animosity towards sexual and racial minorities at critical points in their quest for rights and recognition. It does this through the use of the modern-day blood libel accusation.

Charges of ritual murder were frequently waged against Europe's Jewish populations as an effort to reinforce the exclusionary logic of ethnic nationalism. Jews were accused of kidnapping and murdering gentile children so as to boil their blood and make matzo. Ritual murder accusations could result in mob violence, as it was in 1901 in the case of a local Jewish butcher in the West Prussian town of Koenitz.

Jews were also slandered for their role in the so-called white slave trade, the luring of young white women into prostitution. This mix of sexual excess and ritualistic fervour went hand-in-hand with Jewish emancipation, visibility and new-found claims to equal citizenship.

Both the Pizzagate and Cannibal Club conspiracies in QAnon share roots with the blood libel accusation.

Suggestions that Hillary Clinton and financier George Soros were part of a global sex ring have long permeated social media networks. In 2018, these claims morphed in a new direction: children were not just being lured into a sexual underground, they were considered sources of adrenochrome, a chemical with hallucinogenic qualities harvested for satanic rituals. A cabal of elites didn't just harvest children's blood, they consumed the flesh itself: as proof, conspiracy theorists pointed to a website that falsely claimed that Raven Chan — Mark Zuckerberg's sister-in-law — was involved with a fake restaurant called the Cannibal Club.

Although the story has since been debunked, it's alive and well on social media, surfacing most recently in the hashtags used by Twitterers in the wake of the Trump town hall, linking Hollywood to human sacrifice, secret societies and pedophilia.

Panic at the movements

Similar moral panics accompanied the pursuit of equality by gays and lesbians, with fears around the seduction of minors frequently used as an argument against criminal justice reform. The new-found visibility of the Gay Liberation Front and lesbian, feminist and Black power movements unleashed a preoccupation with adolescence, childhood sexuality and age of consent.

While the Diagnostic and Statistical Manual of Mental Disorders — used to define and classify mental disorders — removed homosexuality from its list of paraphilias in 1973, conservatives lamented the legalization of same-sex sexuality for what they saw as a sea change in societal values. Anti-gay rights activist Anita Bryant's “Protect America's Children" campaign gave this moral panic a celebrity face.

The AIDS epidemic, scandals within the Catholic Church, trans rights and, most recently, the Jeffrey Epstein assaults have all cast renewed attention on the history of changing social and sexual mores brought about by the sexual revolution.

At its core, the preoccupation with pedophilia and childhood sexuality is an attempt to protect the heterosexual family as the bedrock of society, a salve against degeneration and excess. There are too many examples to list, from Pope Benedict blaming homosexual “cliques" for the general collapse of morality in the late 20th century to opponents of the 2015 Obergefell decision legalizing gay marriage, a cause célèbre in the conservative media linking gay, lesbian, and trans rights with pedophilia as a leftist plot against the family.

Even Dr. Anthony Fauci — a member of the White House Coronavirus Task Force — was not immune from conspiracy theorists who falsely linked his wife to Epstein handler Ghislaine Maxwell.

The QAnon conspiracy theory draws together anti-Semitism, sexual excess, homophobia and race-baiting in a modern-day moral panic. They resonate because they have a place in the contemporary zeitgeist as products of long-standing animosity against change.

De-platforming QAnon is not enough. For while Trump is proving himself to be conspiracist-in-chief, the culture of folk devils and fear is of our own making.