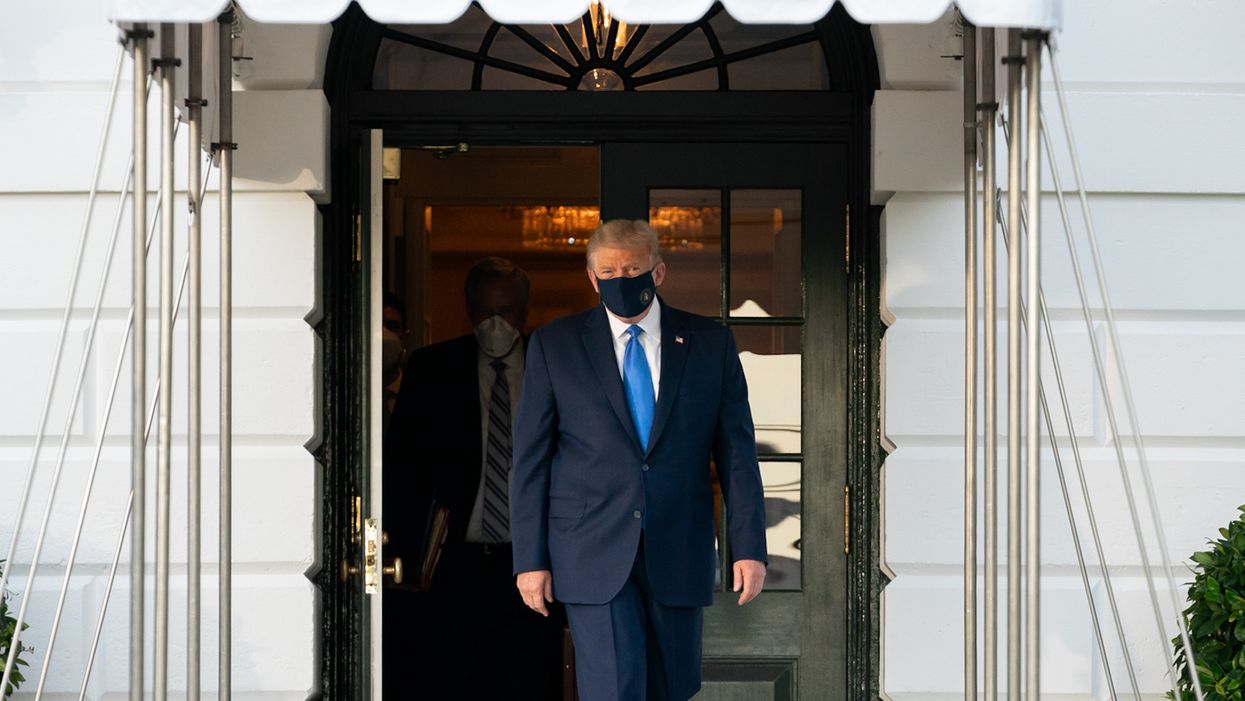 Voters who are 65 and older — especially those who are White and live in red states or swing states — can be challenging for Democrats because: (1) they are more likely to be conservative, and (2) they are more likely to vote. But reporters Kendall Karson and Will Steakin, in an article published by ABC News this week, stress that President Donald Trump's response to the coronavirus pandemic is, in 2020, hurting him with senior voters — including some who voted for him in 2016.

"Trump is attempting a repeat of his first stunning victory by banding together a base that's still mostly White, largely male, less formally educated and older," Karson and Steakin explain. "Underpinning Trump's success in 2016 was, in part, an army of seniors that made up a large slice of the electorate and backed him by 7 percentage points over Hillary Clinton, according to national exit poll data. Older voters are among the most likely to vote and have sided with Republican nominees in every presidential election since 2004, reinforcing Trump four years ago and helping tilt key battleground states in his favor."

The ABC News journalists, however, add that in 2020, Biden is performing relatively well among voters who are 65 and older.

"This cycle, former Vice President Joe Biden is cutting into Trump's coalition, making significant gains with older voters across the U.S. — particularly in must-win states for Trump," according to Karson and Steakin. "A recent ABC News/Washington Post poll found the two men running even among likely voters 65 and older nationally — 48% to 49%. In Florida and North Carolina, two states Trump narrowly won in 2016 and considered crucial for him to win in 2020, the president's advantage over Biden with seniors is slightly better than his national standing but still well short of his margins over Clinton."

ABC News interviewed some senior voters for the article, and Trump's coronavirus response was a major concern. Marcelo Montesinos, who voted for Trump in 2016 and is now 72, told ABC News, "He knew everything all the way back in February, and he didn't take the precautions.... He didn't believe in science. He doesn't believe in doctors. He always tries to blame somebody else, like a little kid."

Montesinos, who lost a family member to the pandemic, told ABC News that when Trump downplayed the pandemic's severity, "It hurt me so much."

Cook argued, "(Trump's) wrong. Fauci knows what's going on. Trump just wants to get reelected and make everything he does terrific, but he hasn't done anything."

Another North Carolina voter, 77-year-old Biden supporter Arlie Thompson, told ABC News, "He certainly dealt himself a blow by not dealing with the pandemic like he should have. The economy is a mess now."

Al, a senior voter who is a registered Republican but is voting for Biden, told ABC News, "I believe Fauci. I don't believe anything Trump says unless somebody of substantial means can verify it. Because he just lies all the time."