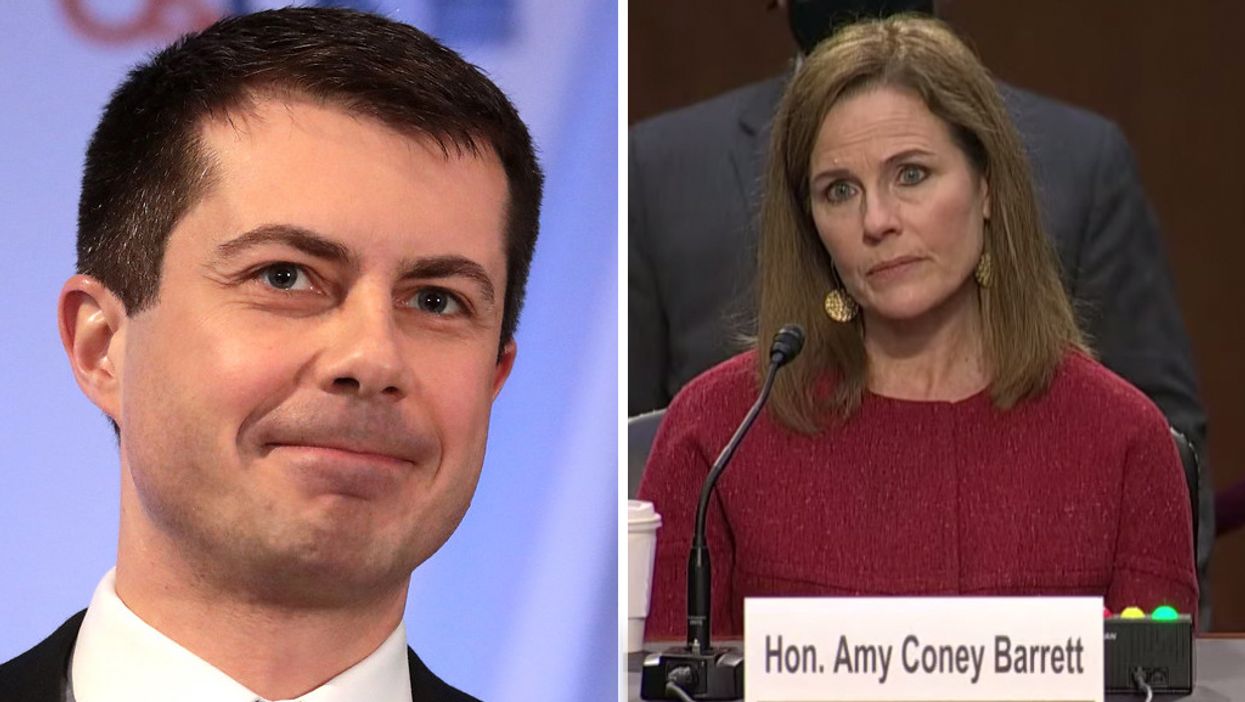 We all pretty much know who Amy Coney Barrett is.

I see such super-Catholics on my social media feeds pretty regularly because, well, I went to Catholic grade school and high school, and a lot of my old classmates either haven't figured out that I'm a filthy secular humanist or, to their credit, don't care.

And by "super-Catholics" I don't mean anyone who's more Catholic than me — because that would include just about everyone. I mean people who care about blastulas and zygotes more than they care about kids in cages. Put a couple frozen embryos in an Igloo cooler and stash it in a holding cell at the border and maybe some of these folks would finally wake up to this administration's inhumanity.

So, needless to say, Barrett isn't exactly forward-thinking when it comes to LGBTQ issues. Unless the baseline we're talking about is sometime in the early to mid-11th century.

There's a lot wrong with that statement. First of all, it's an orientation, not a preference. For instance, my orientation is heterosexual. Watching Glee reruns while stoned out of my mind is my choice. Secondly, I'm pretty certain she's not a friend of the LGBTQ community, so this is all just window dressing anyway. And bad window dressing at that.

Well, erstwhile presidential candidate Pete Buttigieg noticed Barrett's verbal sleight-of-hand and was having none of it:

That's my preference, too, Mayor Buttigieg.

Are you outraged? Well, then vote. And donate. And do everything else you have to do to deliver us a Biden presidency and a Democratic Senate.