Watch: Obama drowns Trump in a flood of mockery in a brutally hilarious speech 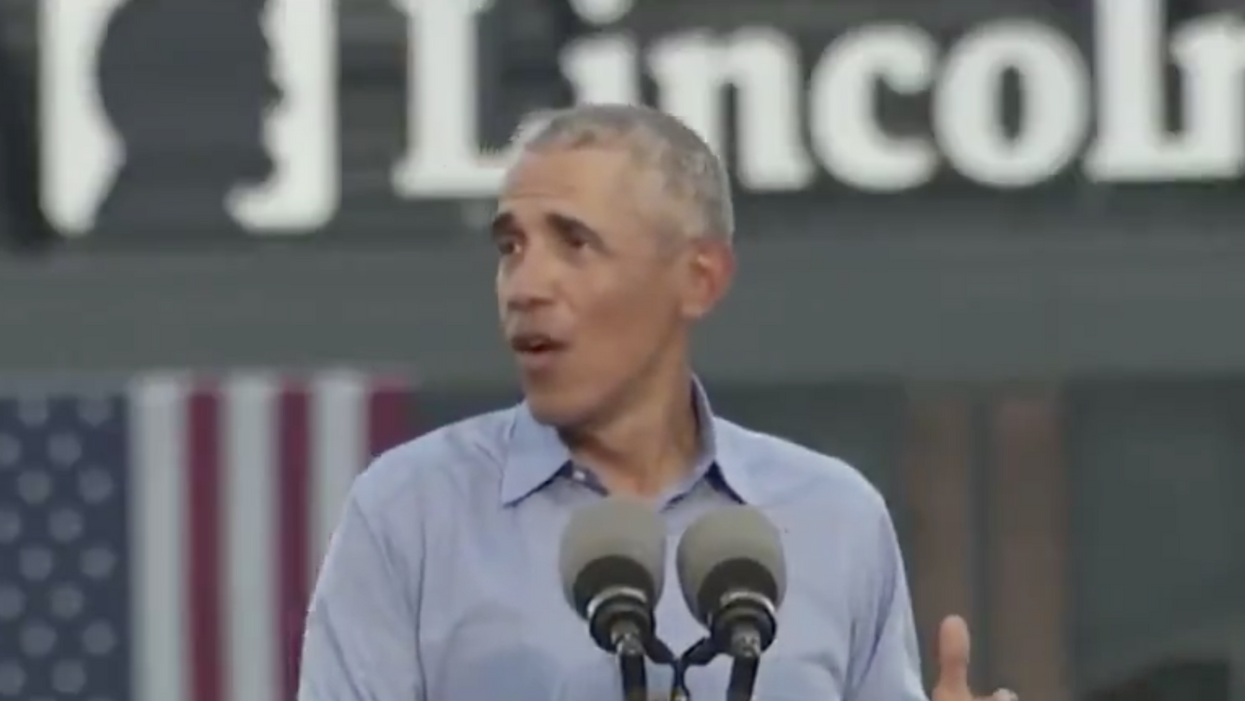 Obama goes off on Trump for reportedly having a 'secret Chinese bank account'
Sarah K. Burris
and
Raw Story
October 25, 2020
Former President Barack Obama took the stage in Miami, Florida, for a drive-in rally where people could social distance safely. That didn't stop Obama from bringing the heat against the president, however. Speaking to a honking crowd, Obama mocked Trump for the overwhelming ignorance and cruelty that has persisted throughout his four years in office. "When the daily intelligence briefings are flashing warning signs about a virus, the president can't be AWOL," Obama said. "When Russians put bounties on the heads of our brave soldiers in Afghanistan, the commander in chief can't be MIA. He can't be somebody who doesn't read the briefings. Joe Biden would never call the men and women of our military suckers and losers. He knows those troops are somebody's husband, somebody's wife, somebody's kids, somebody's spouse, somebody's father. And when a hurricane devastates Puerto Rico, a president is supposed to help it rebuild, not toss paper towels withhold billions of dollars in aid until just before an election. We've got a president who actually suggested selling Puerto Rico." The former president then went on to blast Trump for being so weak he couldn't even handle a "60 Minutes" interview. Obama continued: "Believe it or not, could have been worse. He once asked national security officials if he could nuke hurricanes. I mean, at least he didn't do that. A nuclear hurricane seems like it would have been bad. I mean, it would be funny if it wasn't. Look, some of the rhetoric you're hearing down here in south Florida, it's just made up. It's just nonsense. Listening to the Republicans, you think Joe was more communist than the Castros. Don't follow for that baloney. Don't fall for that okie-doke. Joe Biden was a senator from Delaware; he was my vice president. I think people would know if he was a socialist by now." See the videos below: https://twitter.com/mayaharris_/status/1320103196933672960
From Your Site Articles
Related Articles Around the Web
Report typos and corrections to: feedback@alternet.org.