Naomi Klein: I fear Trump will exploit his COVID infection to further destabilize the election 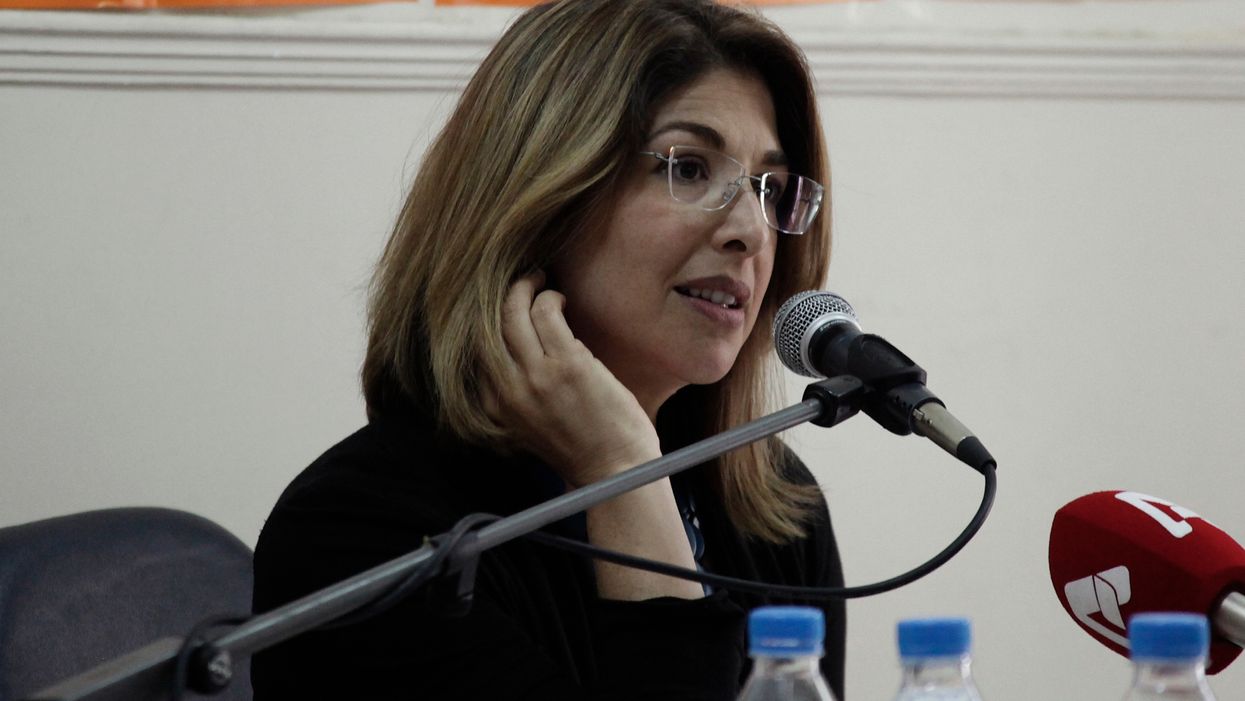 How will President Trump's revelation that he tested positive for COVID-19 affect the presidential race? Acclaimed journalist, author and activist Naomi Klein warns that the Trump campaign is likely to exploit the news. "We need to be prepared for the president using the fact that he's having to cancel campaign events for two weeks to try to further delegitimize elections," she says.

AMY GOODMAN: This is Democracy Now! The Quarantine Report. I'm Amy Goodman, as we continue to look at this breaking news, President Trump and the first lady testing positive for COVID-19, announcing they'll be quarantined for the next 14 days, canceling his campaign events. We end today's show looking at how the development will impact the presidential race.

We're going to start with Naomi Klein, senior correspondent at The Intercept, a professor at Rutgers University, executive producer of new short video titled A Message from the Future II: The Years of Repair. Her latest book, out now in paperback, On Fire: The (Burning) Case for a Green New Deal.

Naomi, I assume you went to sleep not knowing this news, and you wake up, looking down from British Columbia, and you see what has taken place. You cover leaders around the world. We know that President Bolsonaro tested positive for COVID-19 — at least he announced something like three times. And then you have Boris Johnson, the prime minister of Britain, who said — both of them, like Trump, who have so seriously downplayed the pandemic, risking not clear how many lives. Boris Johnson, the prime minister, said he was going to work through this. He ended up in the intensive care unit. Naomi, if you can talk about this link of the denial of the pandemic to authoritarian leaders?

NAOMI KLEIN: Sure. Well, Amy, it's good to be with you. Absolutely. And when you look at these figures — Trump, Bolsonaro, Johnson — these are the figures who believe that they can bully this virus, and they believe they can bully science in all kinds of ways. But, of course, the pandemic doesn't bend to their will. And so they've all been under this sort of reality avalanche. I mean, Trump is a reality television star. He's used to being able to cut and paste reality to his liking. And ever since this pandemic began and his denials made it so much worse and his bullying of scientists made it so much worse, he has finally confronted some physical reality that he can't bully in the same way that he, frankly, bullies the stock market — and has a lot of success bullying reality, but there's some reality that doesn't confirm — doesn't conform.

You know, as you know, Amy, I also have spent a lot of my writing career researching moments of shock and how they are exploited by the powerful. That's the thesis behind The Shock Doctrine. And so I find myself thinking a lot about that this morning, because, as we speak, there is no doubt that Trump is meeting with his advisers, and has been since they knew about this, since they knew about Hope Hicks, trying to figure out how to exploit this, including, I'm afraid, using it as an excuse to do what they have been trying to do relentlessly, which is discredit elections that Trump is terrified he is going to lose. So, as we think about what this means, we need to be prepared for the president using the fact that he's having to cancel campaign events for two weeks to try to further delegitimize elections that he very likely will lose.

I think we need to remember that this president has been campaigning for reelection since the day after he was inaugurated and since he started circulating false photographs of the rallies that supposedly greeted him. He has had plenty of time to campaign. He has done nothing but campaign for reelection since he became president.

So, I think that, you know, we're seeing a lot of Democrats sending thoughts and prayers this morning. You know, I really think we should see Trump getting COVID as the epidemiological equivalent of a mass shooting, where the shooter opens fire on the crowd and then turns the gun on himself. This is not a tragic accident. It is a crime scene and should be treated as such.

Coming back to those leaders you mentioned, you know, I think that Trump — the reckless endangering of the country, but also himself — right? — is a result of the fact that he truly believes — you know, I think he believes in white supremacy, to be honest with you. Ilhan Omar tweeted yesterday that the president is a white supremacist. I think she's right. He talks about his good genes all the time, in this kind of coded language. I believe he actually has such faith in his own genetic supremacy that he has engaged in this reckless behavior despite all of the health risks that we have heard from your medical experts earlier in the show, because he believes himself to be supreme. And, you know, he is not. He is fallible. He is mortal.