Michael Cohen scorches Rudy Giuliani: He was 'used by Russians' because he's 'drunk all the time' 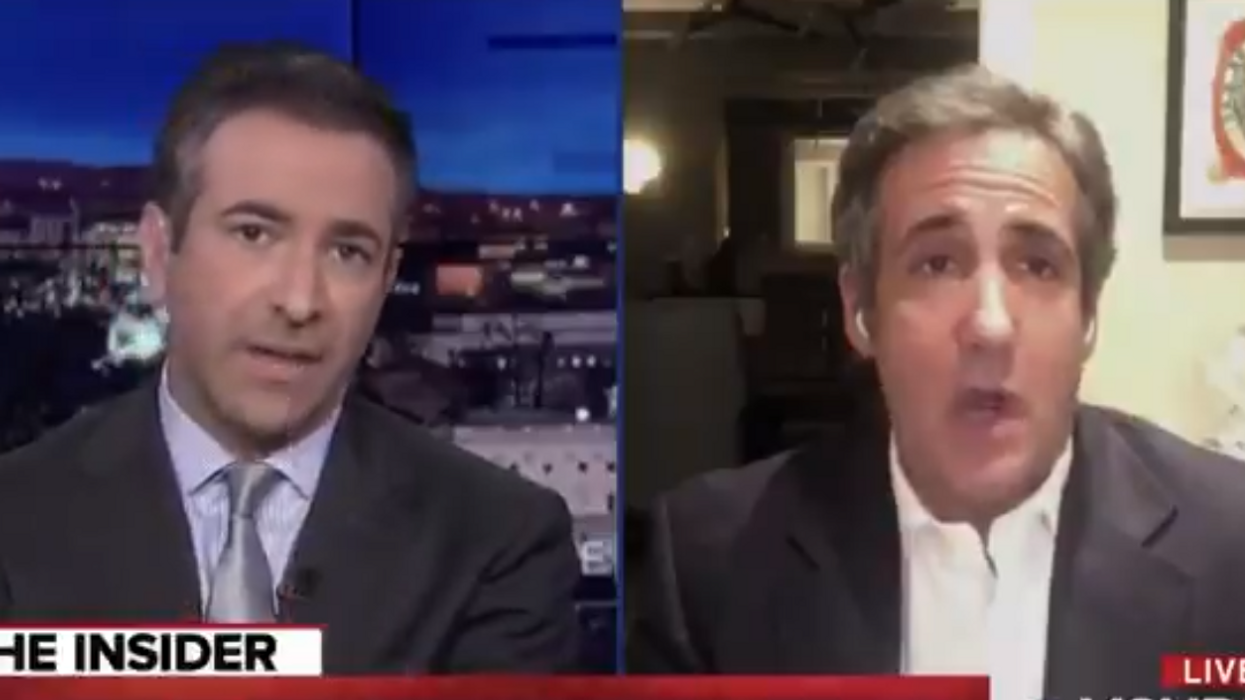 During an appearance on MSNBC's "The Beat" with host Ari Melber, Cohen weighed in on recent reports about the White House being warned last year that the Russian government could be attempting to manipulate Giuliani with disinformation about Democratic presidential nominee Joe Biden.

That intelligence came amid questionable reports about alleged emails found on Hunter Biden's laptop. The laptop, obtained by Giuliani from a dubious source, reported contained emails between Hunter Biden and foreign officials. Melber quickly dived in to discuss the subject, at hand. He asked if Cohen though Giuliani was being used by Russian officials.

"I want to start as promised with Giuliani and we can then widen out," Melber said at the beginning of his discussion with Cohen. "Do you think Rudy Giuliani is being used as a tool and hack of the Russians, whether or not it passes a legal line and do you think that's wrong?"

Without hesitation, Cohen admitted that he does believe Giuliani is being used and that he was likely an easy target for the Russians.

"Of course it's wrong and the answer is yes," Cohen replied. "Rudy is being played by the Russians. He's 100 percent susceptible to being used by Russians because… the disinformation, he runs right back to President Trump like a child running to a parent: 'Look what I have. Look what I have.' Let's not forget, I was in Trump's office when Roger Stone contacted Mr. Trump at the time to tell him about the emails that were going to be dropped ultimately learning several days later they were the [John] Podesta emails."

Cohen went on to explain why Giuliani is likely one of the worst foot soldiers Trump could use for the discovery opposition research on Biden and his family.

"Trump speaks and behaves like the mob boss and this is what he's doing," Cohen added. "He's using his soldier, but the problem here is that Rudy isn't a soldier. Rudy is — Rudy is drunk all the time, which is a big problem and that's what makes him susceptible because his faculties are gone. He behaves crazy."

The remarks quickly garnered a reaction from Melber who, in turn, asked for clarity on whether or not he had personally seen Giuliani drink.

"As a journalist, I'm asking: Are you sharing an opinion or observation like you've seen him drink X amount?" Melber asked.

Cohen wasted no time clarifying that he has witnessed Giuliani drink excessive amounts of alcohol.

"No, no, I've seen him drink to the point like he's a high school drunk," Cohen claimed. "And it makes him susceptible. He takes the information that he gets and provides it to the president and simply because Rudy — who used to be considered, you know, I mean, a real litigator and he was considered to be America's Mayor — he's now really just a joke. And he takes it right back to Trump and Trump listens to it."