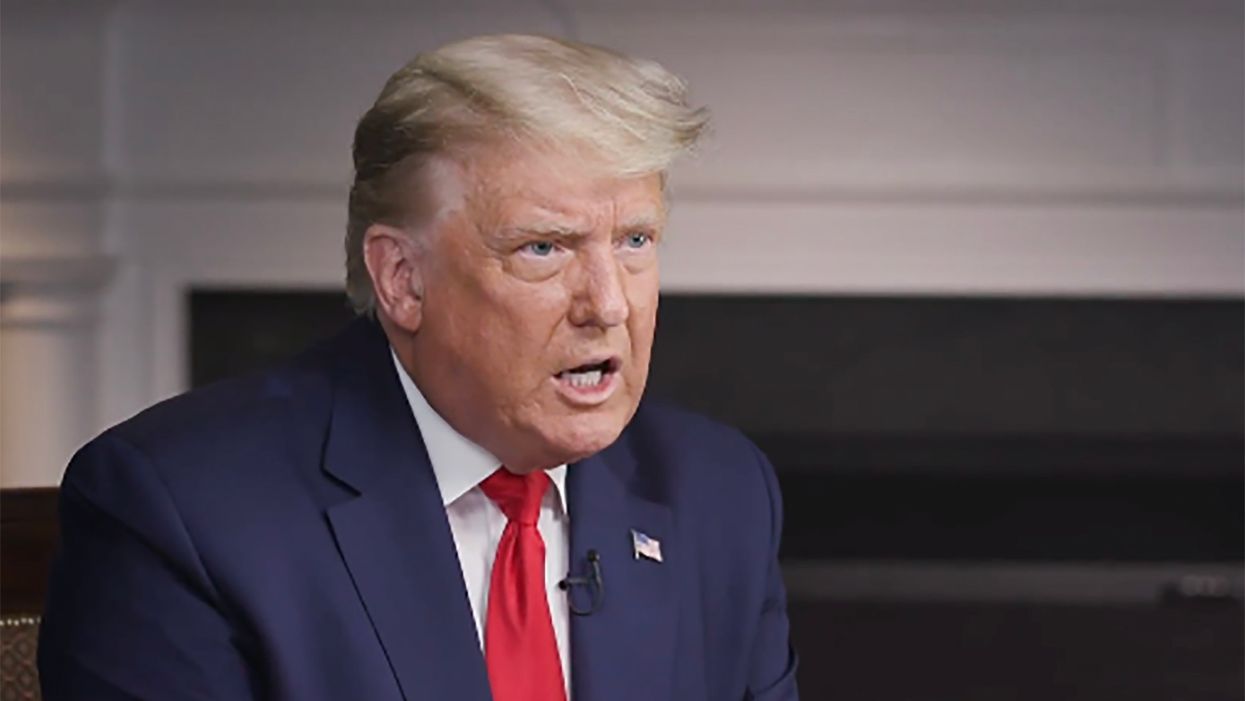 The reason President Donald Trump stormed out of a "60 Minutes" interview with Lesley Stahl was that she asked about the Michigan rally in which his supporters began chanting "lock her up" about Gov. Gretchen Whitmer.

Trump held the rally over the weekend attacking her for not opening up the state back up when he wanted it.

"So you don't want to lock her up?" Stahl asked.

"That's such a vicious thing you just said," Trump claimed. "When did I say lock her up?"

Trump laughed when his audience chanted it and repeated the phrase. He then said that he hopes they "send her packing soon."

"I never said lock up the governor of Michigan," Trump disputed. "I would never say that. Why would I say that? Because she's doing lockdowns."

"You want to lock up the Bidens?" Stahl asked Trump.

"No, but they certainly should be looked at," Trump said. Over the past several days he's encouraged "lock him up" chants at rallies talking about the Biden family.

"You want to lock up Obama?" Stahl asked.

Trump never told Stahl what the FBI proved was done by Obama or Biden, but he did bring in a special counsel to investigate it and Trump's own Department of Justice hasn't been able to find anything.

Trump said that Biden likely will because he's "dishonest" and that Barr has been "very nice" and that he's ignored the "evidence." He didn't clarify what the evidence was.

"You know, I didn't want to have this kind of interview," Stahl then said.

"No, no, listen, your first statement to me, 'This is going to be tough questions,'" Trump said. "Well, I don't mind that. But when you set up the interview you didn't say that."

See the video below – about the last five minutes.