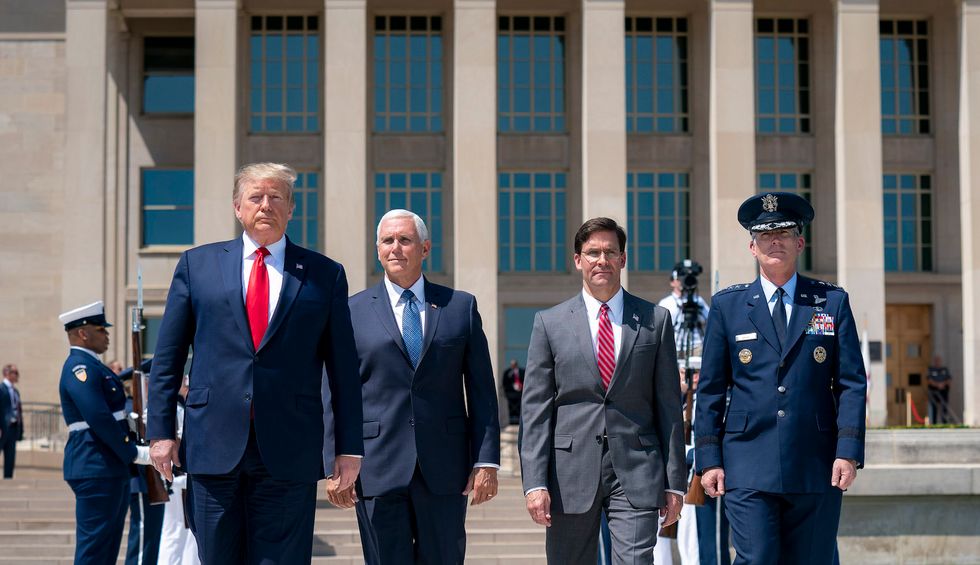 Senior Defense Department officials have been privately discussing resigning if President Donald Trump orders the American military to put down unrest in the wake of the 2020 election.

The New York Times reports that Pentagon officials are worried that Trump will try to use the military against American citizens who will be protesting him if he tries to stay in power even after losing the election.

“Several Pentagon officials said that such a move could prompt resignations among many of Mr. Trump’s senior generals,” including General Mark A. Milley, the chairman of the Joint Chiefs of Staff, the Times reports.

The report notes that both Milley and Defense Secretary Mark Esper both opposed Trump this past summer when he wanted to use the military to put down protests against police brutality in Washington D.C., and would be unlikely to back him if he tried to do the same thing after losing an election.

But John Gans, who served as chief speechwriter to the defense secretary in the Obama administration, told the Times he was concerned about whether the military was really prepared to resist the president’s orders.

“The Pentagon plans for war with Canada and a zombie apocalypse, but they don’t want to plan for a contested election,” he said. “These are huge questions that have an impact on the reputation of the institution.”