Ocasio-Cortez: Trump is a 'walking scam' 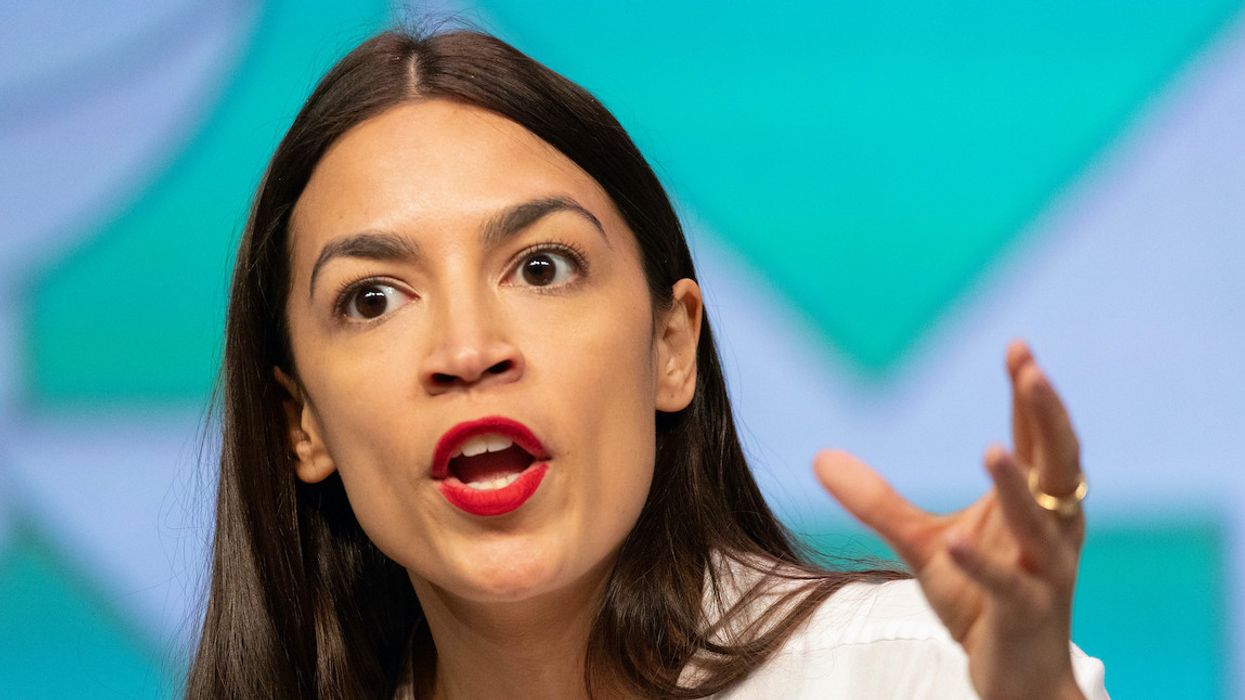 Financial records that President Donald Trump has persistently fought to keep hidden from the American public show that the billionaire real estate mogul didn't pay a dollar in federal income taxes in 10 of the 15 years prior to his White House victory and paid just $750 in both 2016 and 2017, revelations that further expose the extent to which the U.S. tax code imposes greater burdens on the working class than the ultra-wealthy.

"In 2016 and '17, I paid thousands of dollars a year in taxes as a bartender. Trump paid $750," Rep. Alexandria Ocasio-Cortez (D-N.Y.) tweeted late Sunday in response to the bombshell New York Times report on the president's tax records. "He contributed less to funding our communities than waitresses and undocumented immigrants. Donald Trump has never cared for our country more than he cares for himself. A walking scam."

According to the Times, which obtained long-sought tax returns spanning two decades, the records provide new insights into how Trump has utilized massive losses accumulated in the world of business to avoid paying federal income taxes:

Mr. Trump's net income from his fame—his 50% share of "The Apprentice," together with the riches showered upon him by the scores of suitors paying to use his name—totaled $427.4 million through 2018. A further $176.5 million in profit came to him through his investment in two highly successful office buildings.

So how did he escape nearly all taxes on that fortune? Even the effective tax rate paid by the wealthiest one percent of Americans could have caused him to pay more than $100 million.

The answer rests in a third category of Mr. Trump's endeavors: businesses that he owns and runs himself. The collective and persistent losses he reported from them largely absolved him from paying federal income taxes on the $600 million from "The Apprentice," branding deals and investments.

The records also offer new details surrounding a decade-long, behind-the-scenes fight between Trump and the IRS over a $72.9 million income tax refund the billionaire claimed and received in 2010 thanks to a "little-noticed provision in a bill [former President Barack Obama] signed as part of the Great Recession recovery effort."

Under the provision, the Times explained, "business owners could request full refunds of taxes paid in the prior four years, and 50% of those from the year before that."

The enormous refund is the subject of an ongoing IRS audit that the president has repeatedly cited as a justification for his refusal to release his tax returns, breaking with decades of precedent.

The Times reported that "the dispute may center on a single claim that jumps off the page of Mr. Trump's 2009 tax return: a declaration of more than $700 million in business losses that he had not been allowed to use in prior years. Unleashing that giant tax-avoidance coupon enabled him to receive some or all of his refund."

In a statement late Sunday, Stand Up America spokesperson Ryan Thomas said that "a man who uses dubious tax schemes to avoid paying taxes or lies to the public about his finances has no place in the Oval Office." "Four years ago, Donald Trump broke decades of precedent when he refused to release his tax returns to the public. At each turn since, he's attempted to shield his financial records from the public—even as congressional and criminal investigators look into how he's profited off the presidency and his decades of fraudulent tax schemes," said Thomas. "We've demanded Trump's tax returns for years because the American people deserve to know what he's paying—and the answer appears to be very little."

On top of laying bare Trump's long-running efforts to dodge federal income taxes, observers noted that the records also offer a window into a world of tax avoidance by the wealthiest Americans that's far broader than the president's personal exploits.

"There's so much in these tax returns that are not just about Trump, but about how the rich have different rules," tweeted Michael Linden, executive director of the Groundwork Collective. "A worker earning an hourly wage can't deduct 'business expenses' from their income. A teacher can't carry over losses for a decade."