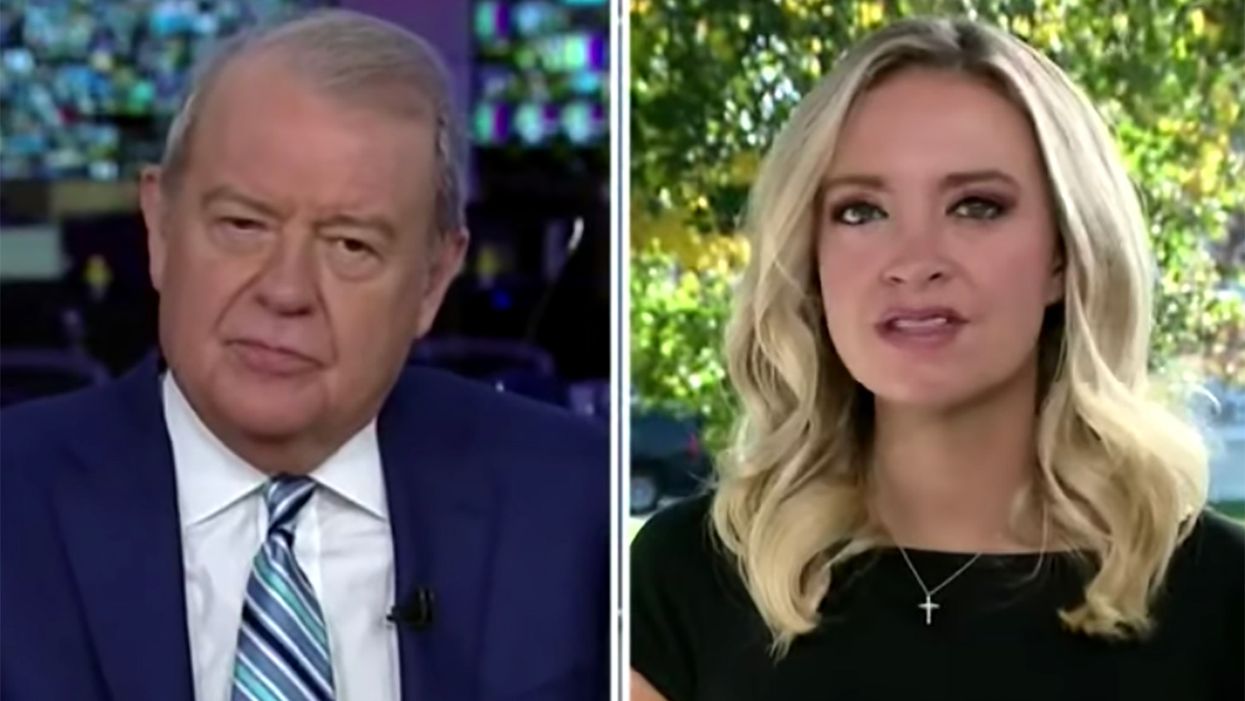 Following Trump's presidential debate with former Vice President Joe Biden on Tuesday night, September 29, Fox Business host Stuart Varney was honest enough to admit that Biden won the debate. And he was clearly in disagreement with White House Press Secretary Kayleigh McEnany when she tried to convince him that Trump was the winner.

McEnany, appearing on Fox Business, told Varney that Trump was "in very good spirits" following the debate and "brought the fight that I think the American people wanted to see." But Varney responded that Trump was much too abrasive for his own good during the debate, which was moderated by Fox News' Chris Wallace.

After McEnany claimed that Trump's "offense style" was necessary to get answers from Biden, Varney told her, "What's your response to this? Biden won simply because he got through the whole 90 minutes — no gaffe, no senior moments, no lack of focus, and reasonable amount of energy all the way through. Therefore, he survived. He won."

But McEnany maintained that Trump won the debate, resorting to bogus talking points about Biden and Antifa.

"No gaffes — that's a really subjective interpretation," McEnany told Varney. "I would consider it a pretty big gaffe when asked about Antifa — an organization that has killed Americans and targeted police officers — and there's no condemnation of that group. I consider that a pretty big gaffe, along with many others."

Biden, in fact, has been stressing that he condemns violence from either the left or right. And Trump is drawing a great deal of criticism for, during the debate, expressing his solidarity the Proud Boys — a white nationalist group that openly promotes violence. Trump said, "Proud Boys, stand back and stand by."