'Tacit endorsement': The Proud Boys are celebrating Trump telling them to 'stand by' 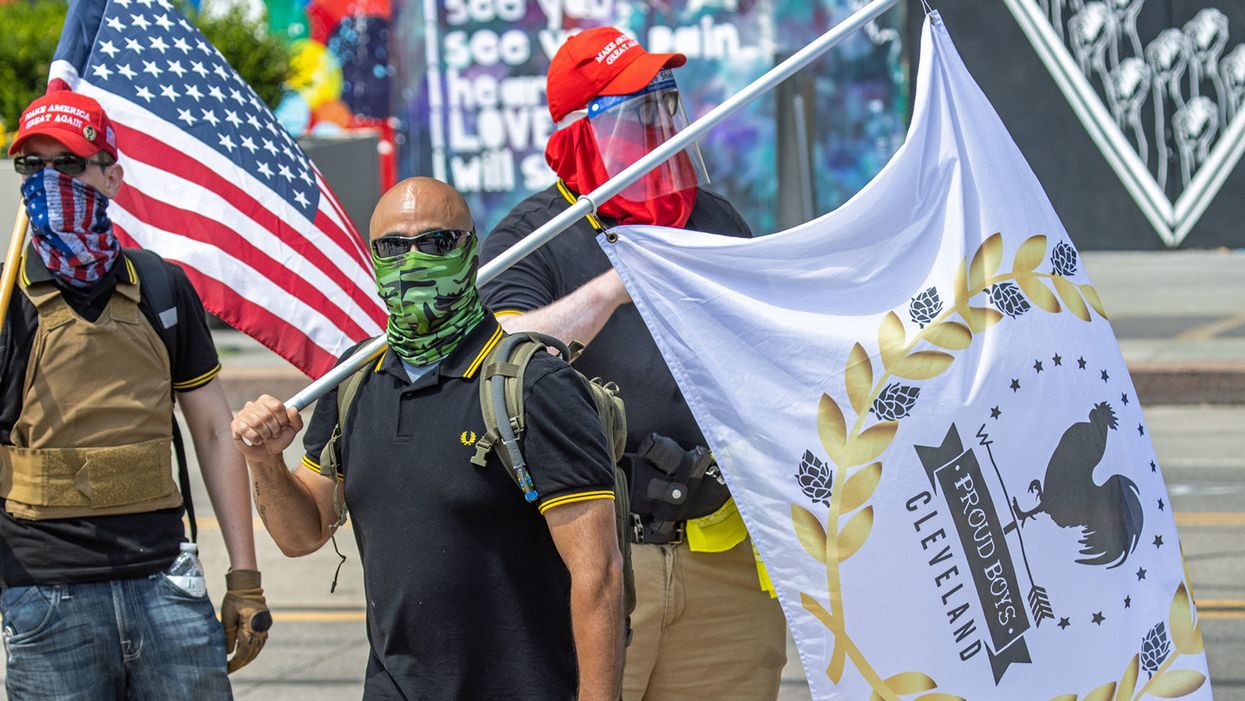 During President Donald Trump's debate with former Vice President Joe Biden on Tuesday night, September 29, conservative moderator Chris Wallace gave Trump every opportunity to denounce violent white nationalist groups. But Trump refused to do so, falsely claiming that all of violence at recent political demonstrators has been coming from left-wing groups. Moreover, Trump expressed his solidarity with the far-right Proud Boys and said, "Proud Boys, stand back and stand by." That expression of solidarity, journalists Sheera Frenkel and Annie Karni report in the New York Times, is not lost on the Proud Boys — who are celebrating the president's statement.

The Times journalists explain that "within minutes" of Trump's "stand back and stand by" statement, "members of the group were posting in private social media channels, calling the president's comments 'historic.' In one channel dedicated to the Proud Boys on Telegram, a private messaging app, group members called the president's comment a tacit endorsement of their violent tactics. In another message, a member commented that the group was already seeing a spike in 'new recruits.'"

The Proud Boys have described themselves as "western chauvinists" and "a pro-western fraternal organization for men." And they are trying bully and intimidate Black Lives Matter activists — who have been protesting the killings of unarmed African-Americans by police, including George Floyd in Minneapolis and Breonna Taylor in Louisville, Kentucky. Frenkel and Karni point out that the Proud Boys have "openly endorsed violence" and "been tied to several violent incidents at recent protests."

Biden, following the debate, noted that members of the Proud Boys were celebrating Trump's "stand back and stand by" statement. But Jason Miller, a senior adviser to Trump's reelection campaign, is claiming that Trump wasn't encouraging the group and said it was "very clear he wants them to knock it off." Many of Trump's critics, however, aren't buying Miller's awkward attempt at damage control.

Joe Biggs, a Proud Boys organizer, posted, "Trump basically said to go fuck them up! This makes me so happy." Biggs also posted, "President Trump told the proud boys to stand by because someone needs to deal with ANTIFA...well sir! we're ready!!"