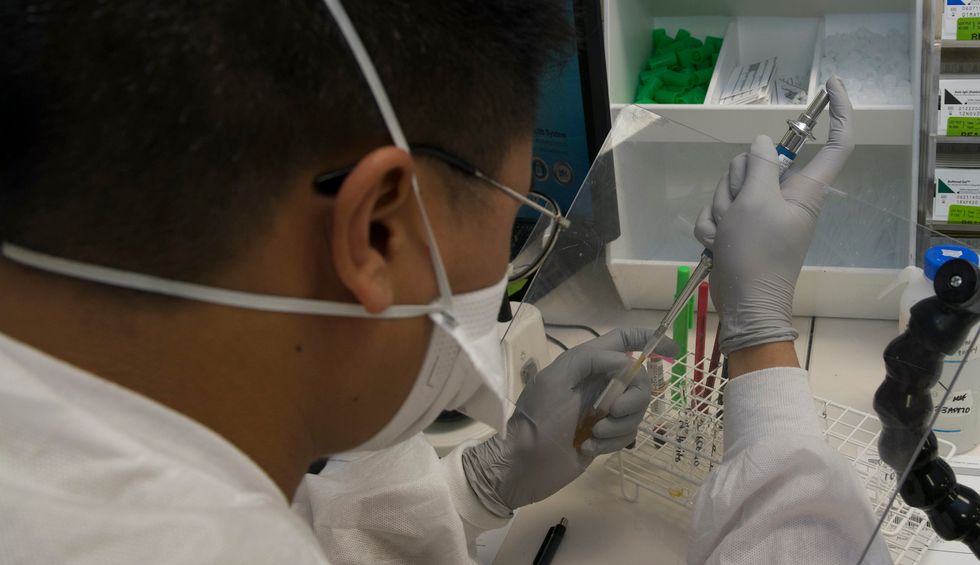 The U.S. Food and Drug Administration (FDA) is slowing the search for treatments and cures for COVID-19 and other illnesses by forcing pharmaceutical manufacturers to conduct unscientific and outdated drug safety tests on puppies. The FDA asserts these tests are necessary because they help screen out toxic drugs before they reach people, but the evidence shows they’re inaccurate and inefficient. The FDA has the power to fix this, but hasn’t, and I’ve joined a new #CutFDARedTape effort to change that.

I am a pathologist, with expertise in diagnosing human disease, and can say with certainty that dosing puppies with drugs designed for humans will not make people safer. In fact, it poses serious risks to human health.

As advocacy group White Coat Waste Project recently revealed, these drug tests on puppies are being carried out to comply with 80-year-old FDA regulations that are not based on modern medical science.

Right now, to get a drug approved for sale in the U.S., the FDA requires companies to undertake extensive animal testing. Among these tests are deadly experiments on beagle puppies. Every day, for up to a year, each young dog is forced to swallow or breathe doses of experimental drugs. At the end of the tests, the puppies are killed and cut apart for examination.

There are many problems with this model, including the cruelty, the time (the process can take up to a year to complete), and the expense; some of the dog tests cost hundreds of thousands of dollars.

Perhaps the greatest problem with the FDA’s required dog testing is that it just doesn’t work. Francis Collins, the director of the U.S. National Institutes of Health, wrote last year that 90 percent of drugs entering human trials fail to gain FDA approval, many because they show dangerous side effects not predicted by the animal trials.

This number may seem shocking, but it shouldn’t be. Animal testing’s fundamental flaw is that puppies aren’t little humans. There are core biological differences between humans and dogs (and other laboratory animals) that help explain the failure of animal testing. Just to take one obvious, everyday example: We humans are fortunate enough to be able to eat chocolate safely, while small amounts of chocolate are toxic for dogs.

If it’s clear how the thousands of dogs experimented on and killed to comply with this FDA red tape are harmed, what may be less obvious at first glance is how people are harmed, too—primarily by keeping safe and effective drugs from patients who need them, allowing dangerous drugs to reach the market and significantly increasing medical costs.

Meanwhile, companies challenging these outdated and counterproductive rules in favor of high-tech methods that are more accurate, humane and cost-efficient aren’t allowed to pursue this better path but instead are punished by the FDA.

In 2018, right in the middle of human trials—and despite a mountain of evidence from testing in animals and humans that showed the drug is safe for use in humans—the FDA demanded that Vanda conduct long-term testing on puppies, who would then be killed. When Vanda pushed back on the unscientific, expensive, slow and unnecessary dog-testing demands, the FDA blocked the human studies of tradipitant and the drug was put on hold indefinitely as the company appealed the testing request. Tradipitant has now emerged as a potential COVID-19 treatment and may have already been available to sick patients if not for the FDA’s bureaucracy.

Our patients deserve the best biomedical research that brings them safe and effective cures and treatments as efficiently as possible, but the FDA’s dog-testing mandate is hampering medical progress, not helping it.

Luckily, there are still reasons for optimism. The FDA has recently reevaluated its dog-testing mandate for food additives and veterinary drugs and found viable alternatives. Polls show two-thirds of Americans support eliminating the FDA’s dog-testing requirement for drugs, too.

Forward-thinking lawmakers are also taking notice and taking action. Rep. Brendan Boyle (D-Pennsylvania) recently spearheaded a letter to the FDA signed by 17 of his House Democrat and Republican colleagues seeking to reform these archaic rules. “Science has come a long way and there are now better ways to assess the safety of drugs than conducting deadly experiments on dogs,” he recently said in a statement.

The bottom line is that abolishing the FDA’s blanket dog-testing mandate will not just spare thousands of puppies from abuse in the lab, but it would also help us improve human lives. Especially now, while we all struggle with the health and economic effects of COVID-19, this is the relief we need.

Tiffani Milless, MD, is a board-certified pathologist based in Des Moines, Iowa.

This article first appeared on Truthout and was produced by Earth | Food | Life, a project of the Independent Media Institute.