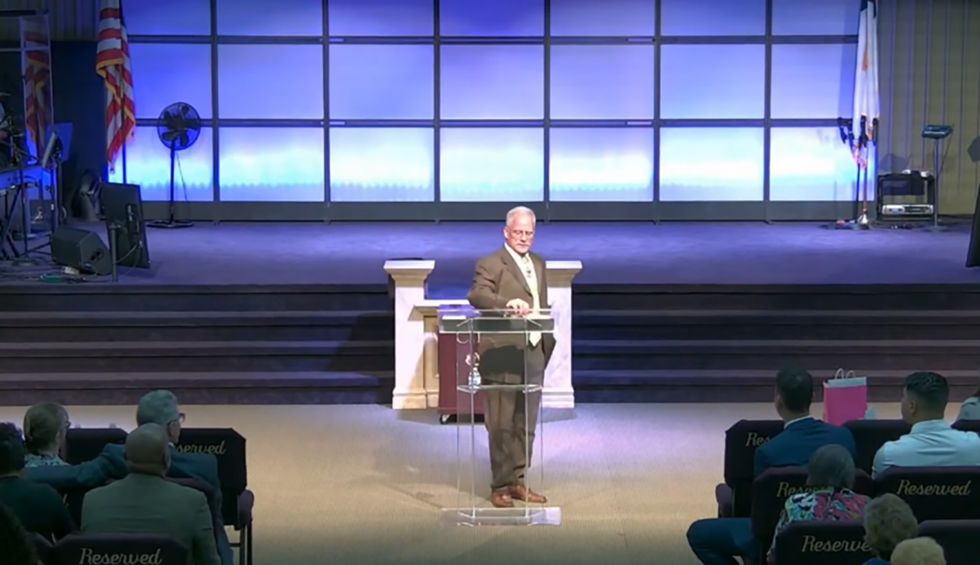 A Michigan pastor has been hearing a whole lot from the public recently after sending an email to journalist Sarah Jeong—which was then posted by Jeong on her Twitter account. In the email, the christian (with a little “c”) David Muns threatens Jeong with genital mutilation, calling her a “bitter Asian woman.” The entirety of his statement will be discussed below, and includes graphic language, but those are the broad strokes.

Muns was supposedly responding to a meme that attributed a fake quote to Jeong, from her time on the New York Times Editorial board. Someone (or someones) spent a good amount of time coming up with some wildly awful things to say about white folks and white children, and then attributed them all to Jeong. These quotes were debunked back in 2018, but Muns, not much for reading deeply into things, clearly missed the memo.

The nasty email that Muns sent reads: “How about if we took all the little bitter Asian women and had a lottery and cut their clits like the Muslims do. Not a very classy position is it, neither is your trashy little bitter personality towards white men. Only in a world where journalism is controlled by brain dead Liberals do you people even have jobs.” He signs it “Muns,” and I guess we can forgive him the typos since the email also says it was sent from his iPad. He without sin and all of that.

Muns is the pastor at the Christian Life Church in Macomb Township, and is likely speaking in front of his flock as I write this (he reportedly holds services on Sundays at 10am and also on Wednesdays at 7pm). According to ClickonDetroit, Muns has yet to apologize to Jeong for not only being a tremendous asshole misogynistic racist, but also for attacking her based on a fake quote attributed to her that said white men should be castrated.

Muns reportedly sort of didn’t apologize on Wednesday, saying “My response is terrible, but what I was responding to was simply reversed of exactly what she posted towards white men and I just reversed it and said, ‘How would you feel?’”

Well, not great. How about Muns aims some of that Christian fire and brimstone hatred for the people allegedly sterilizing immigrant women in the name of racism and medical malpractice, under the umbrella of our conservative-run government?

Muns hasn’t really apologized. He’s just said that he shouldn’t have “responded.” Responded to the fake meme? Responded to it if it had been real? It’s interesting for a person like Muns to be caught up in this situation. It’s very revealing. For one, he was wrong. The information he’s pushing out there is as incorrect as the information he’s sending back about “brain dead Liberals” controlling the media. We don’t. Brain dead liberals share the facts and the information that is readily available to anyone with a legitimately critical mind. Sure, the media is controlled mostly by moneyed interests, which includes religious interests.

That being said, Pastor Muns had to close down the church’s email account since people started sending him all kinds of emails after Jeong posted his statement publicly.

You would be surprised at how many people send me these kinds of messages from their work emails. But using the dom… https://t.co/BwlSfRsf35
— sarah jeong (@sarah jeong)1600200929.0

The reason Muns cannot sincerely apologize for saying such awful, un-Christian like things is because people like David Muns are running from the real darkness: themselves. I mean it is in the Bible, just go check out Exodus 20:21.