Jerry Falwell Jr. apologized to ‘everybody’ for bizarre yacht photo — and says mystery women is his wife’s assistant 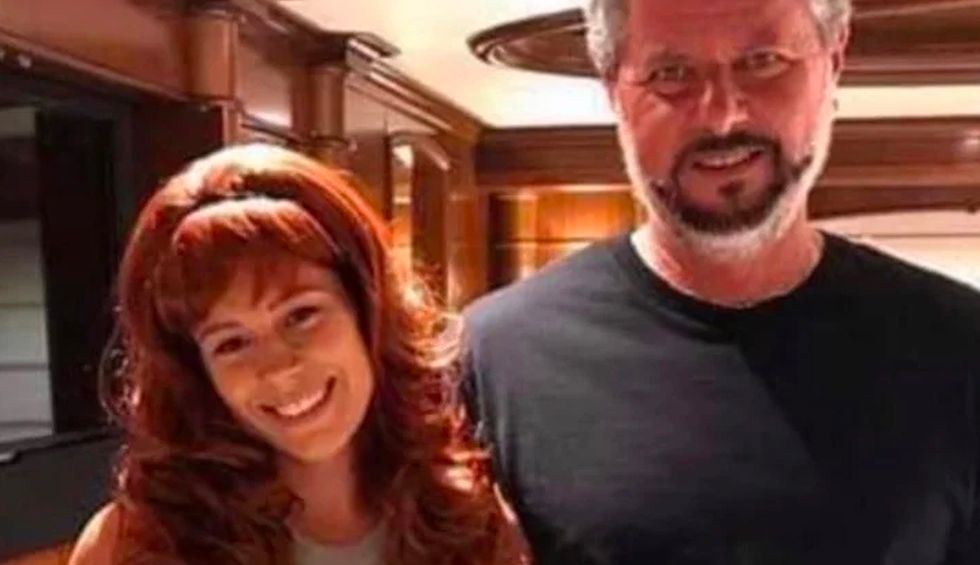 Liberty University President Jerry Falwell, Jr. says he has apologized to “everybody” after posting – then deleting – a disturbing photo showing him on a yacht with his arm around a woman he now says is his wife’s assistant, and in a state of undress that one of his students says would lead to a fine or expulsion.

Falwell, Jr. called in to Virginia radio station WLNI on Wednesday, and was asked about the image.

“You know it was weird, cause she was, she’s pregnant, she couldn’t get her pants up, and I was, trying to like – my, I had on a pair of jeans I haven’t worn in a long time so I couldn’t get mine zipped either,” the president of one of the world’s largest Christian universities says on-air.

“And so I just put my belly – I just put my belly out like hers, and it was just, um, she’s my wife’s assistant and she’s a sweetheart. I should never have put it up and embarrassed her because, um, anyway, I’ve apologized to everybody and I promised my kids, I’m gonna try to be a good boy from here on out.”

At the end of the very short segment he mumbles something about it being a “costume party” and “just in good fun.”

The audio can be heard below or here.

On social media some are questioning if he was intoxicated.

Jerry Falwell, Jr. inadvertently explains why he posed for an Instagram photo with his pants unzipped (with a young… https://t.co/hJYAaixNrP
— Mrs. Betty Bowers (@Mrs. Betty Bowers)1596653689.0