Trump Jr.’s girlfriend criticized for fundraising failures in NYT exposé: ‘She likes the spotlight a little too much’ 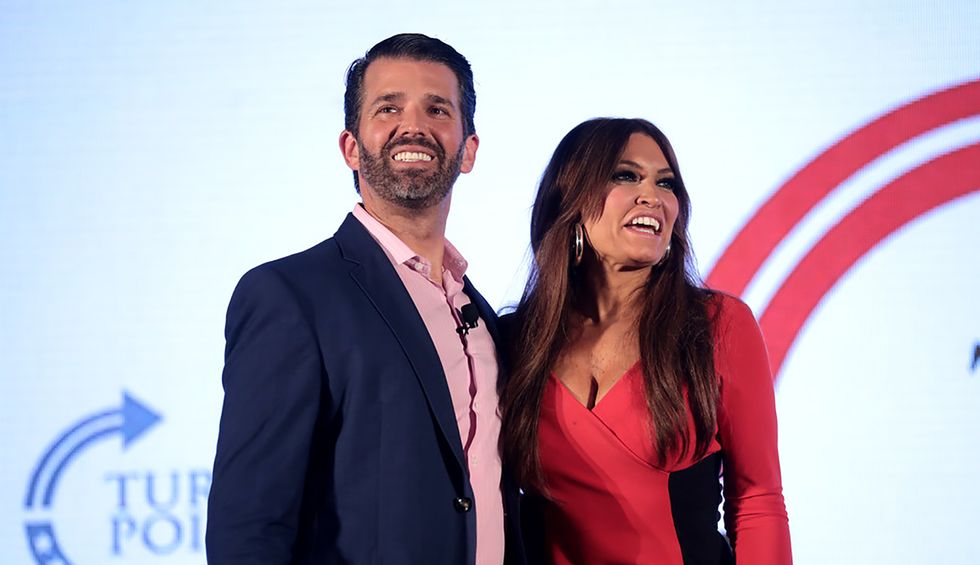 The newspaper reported Guilfoyle, who is dating Donald Trump, Jr. “was tasked with developing a network of mid-tier supporters who are seen as pivotal to Mr. Trump’s chances of winning a second term, and with whom he never formed a deep bond in 2016.”

“Guilfoyle made inroads with some of the donors who had rejected calls from others on Mr. Trump’s team. Yet Trump supporters inside and outside the campaign now say the operation she has built hasn’t lived up to the expectations of some Trump fund-raisers, and that her management style and that of some of her aides have alienated others,” the newspaper reported.

“Some of the problems have been attributed to the inability to conduct in-person fund-raising since the coronavirus pandemic began shutting down Mr. Trump’s donor events in March,” The Times reported. “But in interviews with The New York Times, Ms. Guilfoyle’s critics said that she had devoted a disproportionate amount of attention to glitzier, high-dollar fund-raising, and that they believed she used her position — and the fact that she’s seen as a de facto member of the Trump family — to support her public image and lifestyle.”

While most of the sources for the story were granted anonymity, oil executive Dan Eberhart went on-record.

“I think she likes the spotlight a little too much,” Eberhart, a Trump donor, explained.

The newspaper detailed staffing problems, with two members asking to be taken off her team.

“And a lavish birthday party for Ms. Guilfoyle at Mr. Trump’s Palm Beach club in March was partly funded by some campaign donors, which raised eyebrows,” the newspaper reported. “More concerning to some donors and campaign aides has been private plane use by Ms. Guilfoyle and her team, which has caught the eye of several staff members.

EDITOR’S NOTE: The author of this piece worked for Gavin Newsom’s 2003 mayoral campaign when Guilfoyle was married to the California Democrat. The campaign was successful, Guilfoyle went on to be first lady of San Francisco. The two divorced in 2006; Newsom currently serves as governor of California while Guilfoyle worked for Fox News for over a decade.