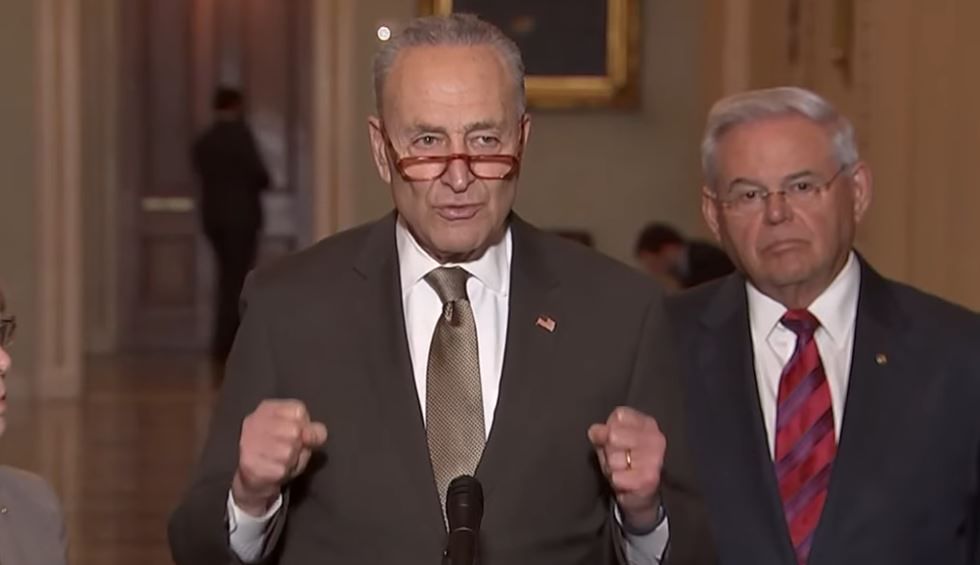 Following President Donald Trump's admission during a campaign rally in Oklahoma over the weekend that he ordered administration officials to "slow the testing down" in response to the recent surge in Covid-19 cases, two leading Democratic senators on Sunday slammed the Health and Human Services Department for failing to spend $14 billion in funds Congress approved in April to expand coronavirus testing and tracing.

"While it has been months since these funds were first appropriated, the administration has failed to disburse significant amounts of this funding, leaving communities without the resources they need to address the significant challenges presented by the virus," Sen. Patty Murray (D-Wash.) and Senate Minority Leader Chuck Schumer (D-N.Y.) wrote in a letter (pdf) to HHS Secretary Alex Azar on Sunday.

"The United States is at a critical juncture in its fight against Covid-19, and now is the time for an aggressive and fast response," wrote Murray and Schumer. "This administration will put our country at grave risk if it tries to declare an early victory, leave lifesaving work undone, and leave resources our communities desperately need sitting untouched."

The senators' letter notes that the Trump administration has yet to spend more than $8 billion of the $25 billion Congress appropriated for coronavirus testing in April. The administration has also failed to spend $4 billion in funds for Covid-19 contact tracing and nearly $2 billion to provide free testing for the uninsured, according to Murray and Schumer.

"We call on you to immediately disburse the remainder of the $25 billion in funds to ramp up testing and contact tracing capacity," the senators wrote, "as well as to make sure providers are aware of and able to easily access the $2 billion that Congress appropriated to provide testing for the uninsured."

The letter was sent a day after Trump, during his first campaign rally since the Covid-19 pandemic shuttered much of the U.S. in March, declared that he ordered a slowdown in coronavirus testing in the face of rising cases across the U.S. More than two dozen states on Sunday reported that their seven-day average of new coronavirus cases increased last week.

The comment, which two White House officials insisted was a joke, was met with swift backlash from lawmakers and public health experts who have repeatedly emphasized that a robust, nationwide testing system is necessary to stem the spread of Covid-19 and reopen the economy safely.

"Looking at it as a scoreboard is the wrong way to think about it," Amesh Adalja, an infectious-disease expert at the Johns Hopkins Center for Health Security, told the Washington Post. "To think of it as something you can manipulate or slow down based on what the numbers look like speaks to a complete misunderstanding of what an infectious-disease response should be."

Rep. Ilhan Omar (D-Minn.), whose father died last week of complications from the coronavirus, condemned Trump's remarks in a tweet on Sunday.

"This man is reprehensible, my father and so many Americans lost their lives and this is what he has to say," said Omar. "I pray for our country to find a way to recover from the destruction of his presidency and heal all wounds. This presidency is without a shred of humanity and dignity."