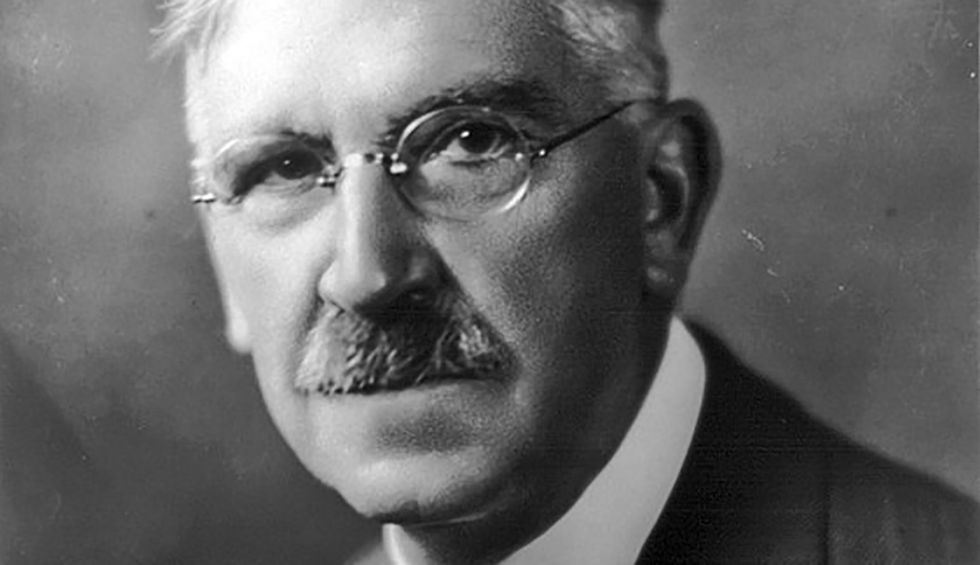 Photo via Library of Congress.
The Conversation
June 17, 2020 News & Politics

Though many in the U.S. are disoriented and disheartened by the lack of an effective federal response to the coronavirus pandemic, John Dewey, an American philosopher, psychologist and educator, would not have been surprised.

Dewey presented a nuanced analysis of democracy, which we study as philosophers.

Dewey, who lived from 1859 to 1952, argued that democracies that put capitalism at their center, like the U.S., will march toward what he called a “bourgeois democracy.” This political system pays lip service to “government of, by, and for all the people,” and promises opportunities and freedom for all. But in reality, power is concentrated in the hands of industry and the economic elite.

Dewey outlined two characteristics of bourgeois democracy that can help explain the current U.S. federal response to the coronavirus: a focus on corporate interests, which many people have criticized for focusing on business and the economy, and an “us versus them” dynamic demonstrated in President Donald Trump’s response to the global aspects of the pandemic.

In Dewey’s view, humans’ actions affect others, making people interdependent: “A being connected with other human beings cannot perform his own activities without taking the activities of others into account.” This interdependence gives rise to shared interests. For example, it is in the public interest, for its health, to limit toxic waste dumping.

The public is in the best position to protect its own interests, via democratic decision-making. In bourgeois democracies officials ignore their wider civic responsibility, creating a “void between the government and the public,” which company leaders fill eagerly. Those leaders want government to be small and let the market take care of public problems.

In the current pandemic, companies such as Amazon have stepped into the void, rapidly mobilizing 100,000 workers, extending grants to small businesses and cracking down on profiteers who hiked the prices of sought-after goods. While such actions were undeniably useful for Amazon customers, there is no guarantee that Amazon’s interests overlap with those of the public. For instance, there was little incentive for Amazon to make sure it kept stocking toilet paper, which has low profit margins and takes up a lot of bulk, though the public struggled to find this basic item.

Dewey’s insight was that in a bourgeois democracy, capitalism is perceived as the force that lets people accomplish freedom and individuality. In that analysis, the health of business becomes synonymous with the health of democracy itself. As a result, protecting businesses becomes the highest goal. Businesses trump people because without the businesses and the economy, people cannot fulfill their democratic potential.

Dewey’s views on democracy explain why the federal government has done less than many had hoped, and less than other national governments have done, to fight the coronavirus.

Dewey also explains why most funds have gone to bailing out large companies, including airlines and oil companies, the speed of response and magnitude of which dwarfs aid for small businesses and workers.

President Trump’s phrase “the cure cannot be worse than the problem itself” illustrates this point. In a bourgeois democracy, any “cure” to the pandemic – such as social distancing and stay-at-home orders – that damages the economy is also a threat to democracy. In that view, protecting people from a deadly disease should not be allowed to destroy the economy.

Dewey believed democracy was more than a system of government: It was a way of living together and sharing our experiences. When people engage with each other and different ideas, Dewey taught, they come to understand themselves and humanity more fully. This would help people to understand what decisions would be in everyone’s best interests. Dewey’s insights are borne out in studies that show that the best remedy to xenophobia and racism is to know more about the people you might harbor prejudice against.

By contrast, bourgeois democracy can only survive if citizens do not develop a collective faith in humanity through sharing experiences – if they are scared of each other, cut off from each other and in competition rather than cooperation. Stoking social division maintains the status quo and prevents transforming society from a bourgeois democracy into a truer, more human-focused democracy.

Early reactions to the pandemic from the Trump administration included banning travel from China and Europe, issuing an executive order that halted applications for green cards, and expelling undocumented migrants.

This fits in a broader pattern: In the U.S., members of the conservative right have been portraying non-Americans as a threat to society. They have been blamed for stealing jobs, bringing crime and otherwise harming the economy in ways that block people from achieving the freedom and individuality that bourgeois democracy promises.

Education as the remedy

While this diagnosis of American democracy is bleak, Dewey believed there was a remedy: education. In the early 20th century, when Dewey was alive and most active, scientific advances were already so widely spread and so detailed in their insights that regular people couldn’t realistically keep up with all the latest information. That led some thinkers, such as Walter Lippmann, to argue for governance by experts, rather than the masses.

Dewey, however, maintained his belief in the importance of public engagement in democracy. To him, democracy is not some special, obscure force but something that arises spontaneously, as seen throughout the country in town halls and school districts every day. But in order to participate in democratic decision-making, people need to be educated.

Dewey promoted changes to American public education that would help people analyze the flood of expert knowledge to determine what policies best served their interests, such as considering the potential risks and benefits of imposing and lifting lockdowns.

To Dewey, a well-informed public could help make those decisions and hold government officials accountable for the results. He believed education should help people realize their full potential in a collective democratic society. That is at odds with the bourgeois democracy vision of education, where higher education is worthwhile because of the net benefits it provides in terms of income. For Dewey, the federal failure in response to the pandemic would be evidence that the country has not valued the potential of all its members, but rather only those who hold financial power.

Instead, Dewey taught, true democracy can only be achieved if people were to live democracy, to let their lives be directed by an enduring faith in the possibility for humans to be more than what they are. As a result, the political institution of democracy would manifest our enduring faith in what we can achieve as human beings, rather than in capitalism.