‘Cry me a river’: Head of right wing group that spent millions on Gorsuch mocked for fury over LGBTQ rights opinion 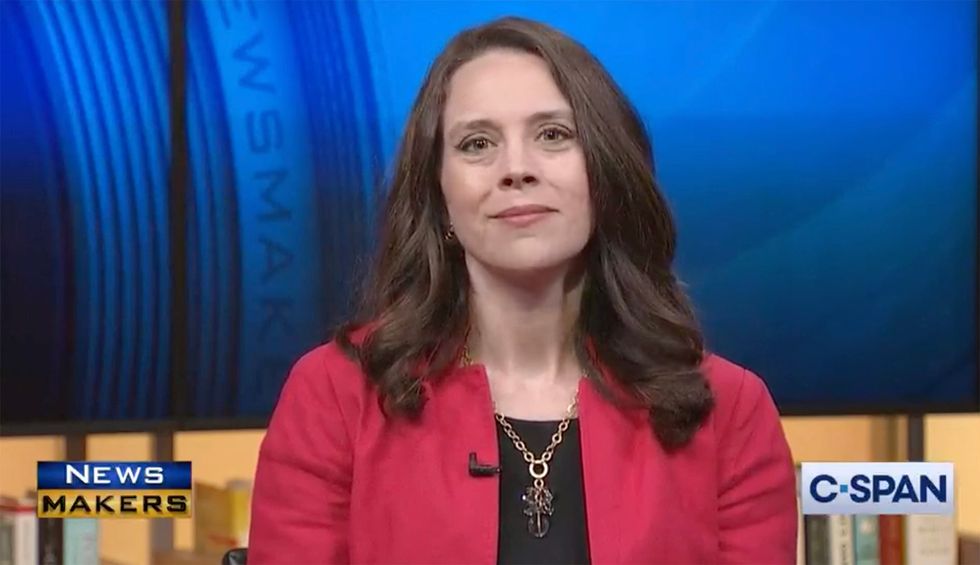 Judicial Crisis Network, a “powerful dark money group pushing [the] court to right,” ran a $10 million campaign in 2017 to force Gorsuch onto the bench. He is President Donald Trump’s first Supreme Court nominee. The group also spent $1 million to block President Barack Obama from putting Merrick Garland on the bench.

In a series of tweets Carrie Severino blasted Justice Gorsuch and the five others who sided with his opinion. She even claims they are merely trying to appeal to college students by finding that Title VII of the Civil Rights Act of 1964 protects LGBTQ workers from discrimination.

Gorsuch, a textualist who replaced Justice Antonin Scalia on the bench, decided that as written, the actual words of the Civil Rights Act make clear that discriminating on the basis of sex is illegal.

Severino, who also happens to be married to the Roger Severino, a far right wing religious activist who heads the Dept. of Health and Human Services Office of Civil Rights under Trump, is furious.

Justice Scalia would be disappointed that his successor has bungled textualism so badly today, for the sake of appe… https://t.co/1g4s81HQZR
— Carrie Severino (@Carrie Severino)1592231542.0

Have no doubts about what happened today: This was the hijacking of textualism. You can't redefine the meaning of… https://t.co/KaSkmxPyR3
— Carrie Severino (@Carrie Severino)1592231542.0

President Trump and his administration oppose rights for LGBTQ workers and actively lobbied to have the Court rule discrimination is legal.

On social media many – including some conservatives – are mocking her.

INCONVENIENT FACT: Justice Scalia was one of the most "activist" judges ever to sit on the Supreme Court. In Dist… https://t.co/gM46fyFdOD
— Mrs. Betty Bowers (@Mrs. Betty Bowers)1592233496.0

@JCNSeverino Looks like using "textualism" as a cover for bigotry didn't work this time. Sad for you.
— Scott Tobias (@Scott Tobias)1592233434.0