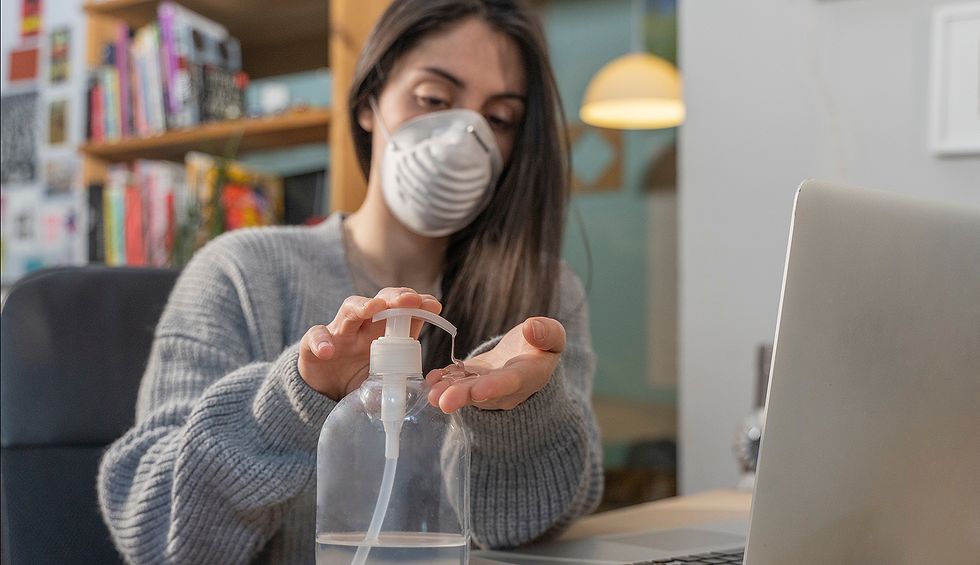 Image via Shutterstock.
Matthew Rozsa
and
Salon
May 24, 2020

When historians look back at the coronavirus pandemic, they won't simply discuss the hundreds of thousands of lost lives and widespread political, economic and social chaos. As a history graduate student, I can imagine how my colleagues would approach this from a scholarly level if they were discussing a distant event rather than a current one. They would want to know about the experiences of the individuals under quarantine, enduring seemingly endless lockdowns, terrified for their physical safety. They would ask two main questions:

To answer the first question, Salon turned to Dr. David Reiss, a psychiatrist and expert in mental fitness evaluations who contributed to the book "The Dangerous Case of Donald Trump: 27 Psychiatrists and Mental Health Experts Assess a President."

"It depends on the personality of the person, but in general you have a couple of things," Reiss explained. "You have the effects of the isolation, you have the effects of fear, and in terms of the isolation, there's some people that don't mind it that much, but for most people it just can breed this depression. Not necessarily a serious depression, but just 'not feeling good' moodiness."

Dr. Russell Medford, Chairman of the Center for Global Health Innovation and Global Health Crisis Coordination Center, told Salon that he suspects these mental health issues are going to eventually put government leaders in a position where they'll need to end the more extreme measures taken to address the pandemic.

"I think it's clear that social distancing and quarantining and lockdowns are not long-term solutions to this problem. We cannot survive," Medford explained. "We cannot maintain this type of isolation based from our economic health as well as our mental health. So what this emphasizes to me is the need to provide the tools we need — such as testing, contact tracing applied as soon as possible — so people can begin to leave their lockdown situations and get back out into the community, to feel safe in participating in community activities — under appropriate restrictions — but to get back to work."

As Reiss pointed out, people are likely to become mentally unstable when they experience a prolonged phase in which they seem to lack control over their own lives.

"The ugly thing is just the fear, and whether it's what you see the fear as legitimate or exaggerated is basically irrelevant in this extent where there are a lot of unknowns," Reiss told Salon. "We like to think that we're problem-solvers and we look at things realistically, but even those who do that very well still tend to want to take control of what we can't control. So there's a reaching for magical answers or a calling into despair that there's no answer, both of which have that dangerous."

He added, "When things are very uncontrolled and uncertain, people who are vulnerable can really fall into an existential type depression. And then that kicks off in both serious depression for others who aren't as vulnerable. It just could create a lot of uncertainty, a lot of anger and reactivity."

As to the second question, involving to what will happen to our society and culture? The short answer is that it's impossible to predict these sorts of things (of course). The longer answer is that, if history serves as any precedent, we could be in for some surprises.

Take the most famous plague of all time: The Black Death, in which 75 million to 200 million people died in the mid-14th century from a disease that caused fever, rashes and pus-filled swellings in the armpits and groin. That event wiped out anywhere from 30 to 50 percent of Europe's population — but it also had some unanticipated social and political consequences unrelated to public health. Because of the severe labor shortage that ensued, lords were forced to increase wages and improve working conditions or else serfs would simply not help them with their land. While the nobles tried to revert to their old ways over time, the serfs would not have it, and as a result the Black Death provided the working classes with the ability to economically empower themselves.

This was not all. The Black Death compelled medical practitioners to update their craft, invigorated new forms of artistic expression that culminated in the Renaissance and inspired new religious movements that helped bring about the Reformation. It also, of course, led to an increase in the persecution of minority groups like the Jews, who were often scapegoated for the Black Death. (It was most likely transmitted by rats and fleas.) And, of course, we will never know how history would be different if the millions upon millions who died been able to pass their genes on to subsequent generations. We could live in a much different and better world if the minds and bodies of those lost human resources had not been senselessly taken away.

Adam McBride, a medieval archeologist, speculated that the coronavirus pandemic could have a similar effect in current world history.

"The coronavirus has exposed deep fissures in our society, but it has not been severe enough to force us to address these problems," McBride wrote last month. "We may feel as though we dodged a bullet, but if we continue business as usual, what happens next is likely to be much worse. The calamitous 21st century is just getting started, and a more apt parallel for the Black Death is probably yet to come."

But no two pandemics are ever alike, and the Black Death and the COVID-19 pandemic are separated by centuries and orders of technological magnitude. Still, if history serves any lesson, one might predict that the pandemic will have social aftermath that could result in similarly sweeping social or political changes. Already, the pandemic has led to waves of worker uprisings and widened cultural fissures between the left and right that appear increasingly untenable.