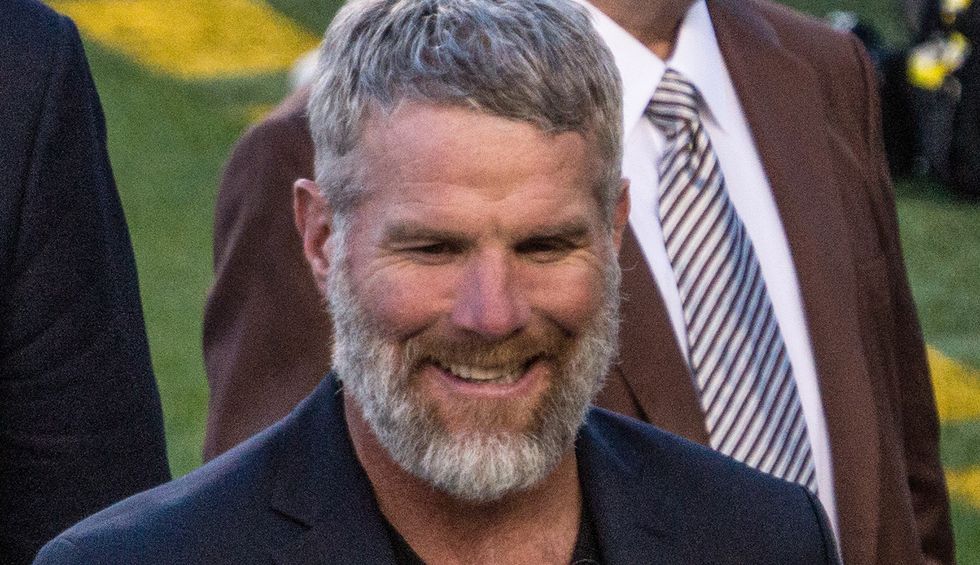 It’s already known that the United States hates people being on welfare but doesn’t mind giving out billions and trillions in welfare to corporations. It’s also known that unlike most people on the very meager public assistance rolls in our country, corporate welfare queens actually do become lazy after receiving free billions of dollars for doing next to nothing.

An audit of the Mississippi Department of Human Services shows that Hall of Fame NFL quarterback Brett Favre seems to have received $1.1 million for multiple speaking engagements that he did not actually show up to. The issue here is not that Favre received money but that this money was taken fraudulently from federal welfare reserves.

The AP reports that this new information comes to light months after former director of the Mississippi Department of Human Services (DHS) John Davis and a couple others were arrested and indicted for participating “in a widespread and pervasive conspiracy to circumvent internal controls, state law, and federal regulations.” According to the charges, John Davis—appointed to his position by former Gov. Phil Bryant—and others funneled around $98 million of federal grant money through two nonprofits: the Mississippi Community Education Center and Family Resource Center of North Mississippi.

In February, Mississippi’s Office of the State Auditor had Davis and five others arrested and charged in what officials say might be the single largest embezzlement scam in Mississippi history. Over a three year span, John Davis and five others reportedly used money for themselves as well as for friends and favored organizations, many of which did not come close to meeting the criteria stipulated for that money’s use. The new Brett Favre details do not say that Favre was guilty of anything (and he has faced no charges), but what exactly he was being paid for remains shady.

One of the things that set the state’s auditors on Davis’ trail was money spent on legendary pro wrestler’s Ted DiBiase’s son Brett—who is now a Christian evangelist minister. According to the charges, Davis diverted money from the Temporary Assistance for Needy Families program in order to pay for DiBiase’s very expensive private rehabilitation program in California. According to the charges, Davis and others tried to hide this money spent, by claiming the money was for “drug awareness classes” DiBiase was teaching in Mississippi. He wasn’t.

The Jackson Free Press reports that Davis and friends also made sure to wet their beaks, “transferring millions in TANF funds to their private businesses. They then converted funds to their personal use and concealed the conversion through various fund transfers, fraudulent documents, at least one forged signature, and deceptive accounting measures.” The embezzlement was so gratuitous it seems that no one could look the other way for much longer.