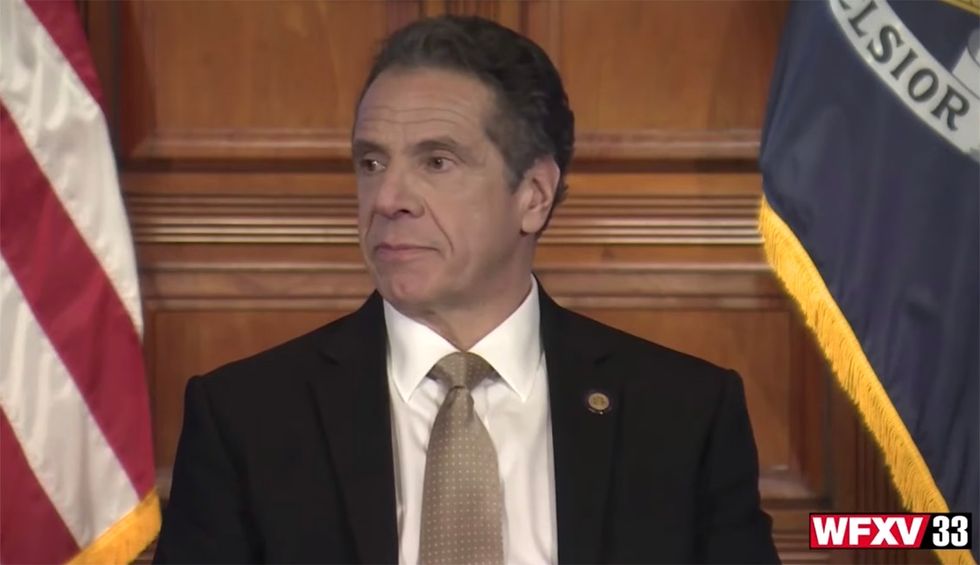 New York Gov. Andrew Cuomo (D) on Wednesday suggested that protesters who want to go back to work during the coronavirus pandemic should take jobs as essential workers.

During his daily coronavirus press conference, Cuomo seemed irritated when he was asked about people protesting against his stay-at-home order.

“These are regular people who are not getting a paycheck,” a reporter explained. “And they’re saying that they don’t have time to wait for all of this testing and they need to get back to work in order to feed their families.”

“Their point is, the cure can’t be worse than the illness itself,” she said. “What is your response to them?”

“The illness is death!” Cuomo exclaimed. “What is worse than death?”

“What if somebody commits suicide because they can’t pay their bills?” the reporter pressed.

“What if the economy failing equals death?” the reporter wondered.

The report was undeterred.

“Is there a fundamental right to work?” she asked.

Watch the video below via WFXV.