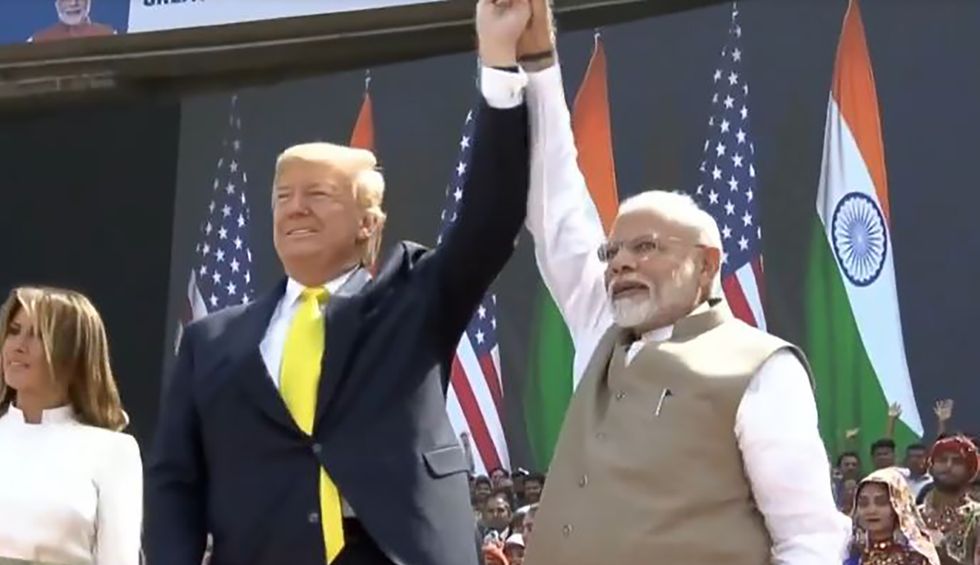 On Tuesday, President Donald Trump took the stage in India for a solo press conference, during which he attacked two Supreme Court justices, lashed out at reporters, claimed that Democrats “loved” film producer and convicted sexual predator Harvey Weinstein, and lied about his motivations for replacing the Director of National Intelligence.

Trump uses Weinstein to make political points against Democrats. He just can’t not make it about himself. https://t.co/KNXSMOwdF6
— Asha Rangappa (@Asha Rangappa)1582635433.0

By this astronomically dumb logic shouldn't justices who supported Trump in 2016 should also recuse themselves from… https://t.co/nRVCwfTVdD
— Susan Hennessey (@Susan Hennessey)1582638521.0