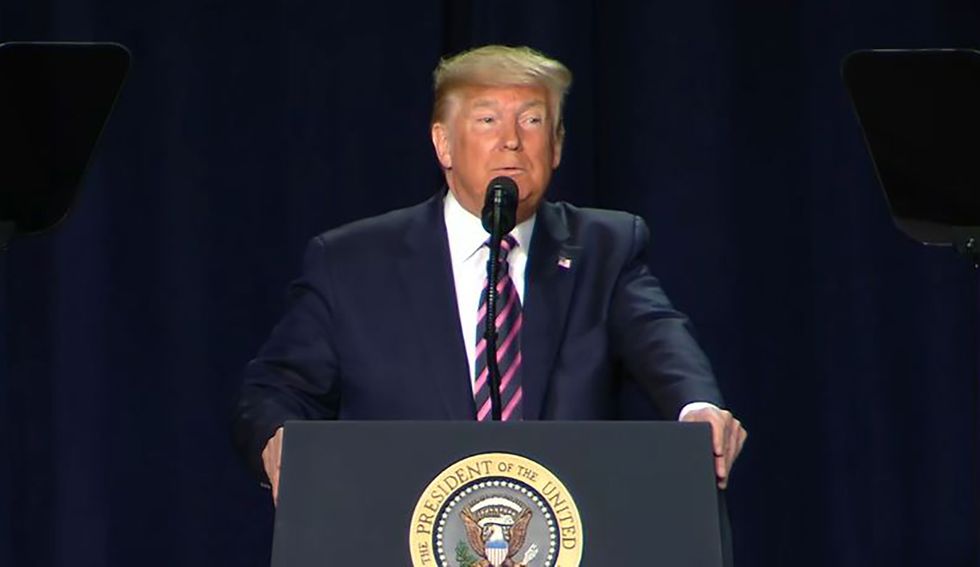 Since President Donald Trump was acquitted by the Republican Senate for his Ukraine scandal, he’s “crossed a psychological line,” aides confessed to Axios.

Higgins was one of those fired by Trump’s former National Security Adviser H.R. McMaster when he wrote a memo claiming there were threats on Trump’s presidency by Marxists, globalists, bankers, Islamists, and establishment Republicans.

“I would probably remove ‘bankers’ if I had to do it over, and I would play up the intel community role — which I neglected,” he told Axios.

According to their report Sunday, Axios revealed that the president has been compiling a dossier on federal employees he believes are disloyal to him.

While Trump promised to “drain the swamp” of corruption in Washington, what he’s turned that into is draining the swamp of anyone who disagrees with him.

“A well-connected network of conservative activists with close ties to Trump and top administration officials is quietly helping develop these “Never Trump”/pro-Trump lists, and some sent memos to Trump to shape his views, per sources with direct knowledge,” Axios reported. “Members of this network include Ginni Thomas, the wife of Supreme Court Justice Clarence Thomas, and Republican Senate staffer Barbara Ledeen.”

New York Times reporter Peter Baker wrote this weekend, “in some of the most critical corners of the Trump administration, officials show up for work now never entirely sure who will be there by the end of the evening — themselves included.”

The memos about people to include in the Trump purge have created tension, Axios explained. People close to Trump constantly tell him that some people working his own White House were undermining him. For a president who often deals with intense bouts of paranoia, it’s only making things worse.