How to beat a trumpbot 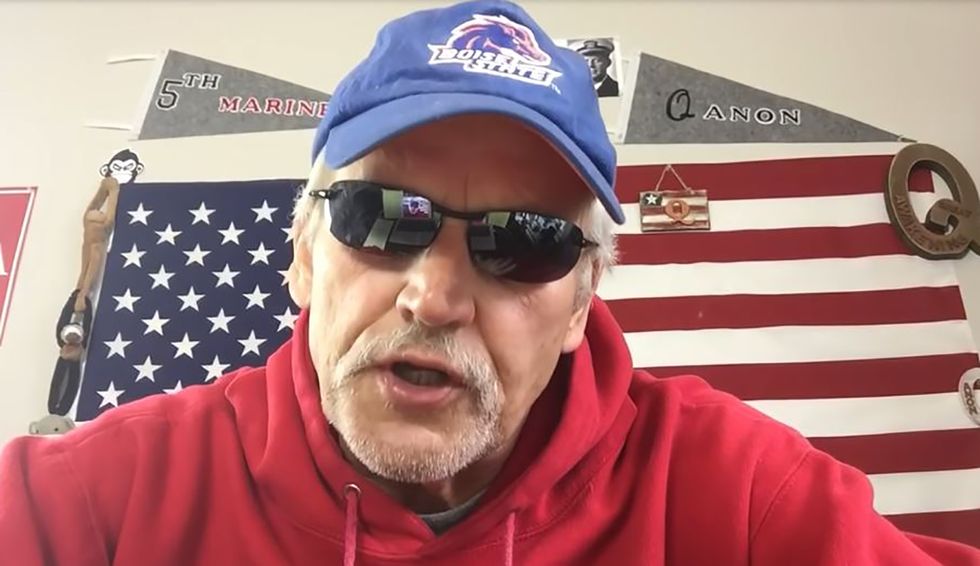 Throughout history people have fallen for an easy way out of life’s complications by just pretending that they can do no wrong. Moment to moment, challenge to challenge they find trumped-up rationalizations that they pretend trump all challenges to their absolute authority.

It takes discipline of a peculiar kind, the discipline to be completely undisciplined, no consistency in the playing of those trumped-up trump cards, discipline to play with absolute confidence whichever cards work in the moment paying no attention to reality, or the meaning of the things you say since all that matters is keeping up the appearance of winning. Call it trumpbotting, acting like a robot programmed to pretend to trump every challenge, sorting all wins to you and loses to whoever challenges or threatens your authority. To trumpbot you need to know almost nothing and yet you get to act like a complete and absolute know-it-all. No wonder it has been such a tempting option throughout the ages.

For a trumpbot to stay on message, there can’t be a message other than a relentless “See? I win!” Still, to conceal their egomania they have to pretend that they have some moral message. trumpbots therefore cloak themselves in whatever fake crusade justifies declaring total war against all of their competition.

Their fake crusade distracts their competition, people who take the meaning of words seriously and are trying to figure out what’s right. It gives trumpbots a fake high horse to attack from, and a claim that their passionate commitment to their moral cause, proves that they’re right about everything.

trumpbots prove again and again that you don’t need a vision, just the pretense of one. Like all con artists they can fake a good winning streak and garner a following of gullible people who want in on the streak.

trumpbots are exhibitionists. They sidle up as if for normal human conversation. When they’ve got you hooked, they open their trench coats and show off their stiff little absolute invincibility. They do because they know they can win no matter how you respond.

Our nation is under the control of just another one of these epidemic trumpbotting crusades without a cause. The resistance is responding with typical impotence. That’s because no society has ever found an antidote to a trumpbot epidemic. Instead, the epidemics have died eventually simply because no one can pretend they’re righter than reality forever.

The challenge that has eluded humankind all along is this: How do you beat people whose sole goal is remaining unbeatable? How do you correct the incorrigible? How does having standards ever beat have no standards other than winning?

Here are some curiously untried suggestions:

Don’t try to persuade a trumpbot. Instead, cut them. Make them bleed in any exchange with others listening in whether face to face or in a twitter exchange or face to face. Talk past the trumpbot to the audience. He’s just a specimen of mindless mechanical pretend invincibility. “See what he did there?”

How do you cut them?

trumpbots have only one trick. Focus doggedly on that trick: “He’ll say anything to jerk himself off into feeling like a winner, like some scummy little exhibitionist.” The trumpbot will retaliate and yet, having only one trick, everything they say will confirm your accusation. “Look, he did it again.” Be relentless and don’t fall for any of the content-like distractions he throws up as his smokescreen.

Leave your subjective morality out of it. Don’t scold by your personal standards. Whatever your standards, a trumpbot will make you wrong for having them. There’s really only one moral issue and its universal: No one trumps reality. Reality, which trumpbots don’t care about at all, beats all trumpbots no matter how insistence their pretense of ruling reality.

There’s no need to defend yourself. trumpbots will try to ensnare you in your own moral doubts they care nothing about. They operate on default logic: If they can find any fault in you, they must be faultless by default. Don’t let yourself be ensnared. Be proud of your human fallibility and shame them for pretending to be superhumanly infallible.

For example, if they play prude, saying, “don’t be a mean name-caller,” say to the audience, “This fool doesn’t even notice that name-caller is a name. We all name call. We’re all mean sometimes. I’m trying to name call with precision, and I’m mean where I think meanness is earned. He’s doesn’t care about name-calling or meanness. He pretends to care when it help him pretend he’s eternally right and righteous. Pitiful.”

Stay calm, even friendly to the person cowering inside his fake infallibility cloak. It’s nothing personal. Anyone can become a trumpbot. He thinks he’s special. Far from it. He’s just another in a long line of people for whom reality is too scary to face.

Don’t be distracted by your own judgmental labeling. The irony is that you think the trumpbot could get over they addiction and they don’t. They want to pretend they’ll never have to outgrow their juvenile trumpbotting, you know they could.

Exhibit confidence not born of some strategic posture you have to try to sustain but from your gut opposition to all trumpbots because they pretend they play God, masters of not subject to reality. If a trumpbot tried to seduce you by pandering to your every care and commitment, you’d try to cut them too. It’s not a partisan thing, it’s opposition to all trumpbotting. You’re a fallible human trying to adapt to our rapidly changing reality – just like the trumpbot would be if he hadn’t fallen for the oldest, cheap trick in the book. Life is and has always been trial and error, iffy guesswork. Be proud of your ever-learning guesswork.

Don’t let the trumpbot turn the debate into a win-lose battle for fake infallibility. No one is infallible and anyone who pretends to be deserves a good swift kick. Kicking them doesn’t mean you’re infallible. The culture wars that trumpbots have always fed upon are a battle between fallibilism and fake infallibility. Don’t’ play along. Everyone is fallible.

Fallibilism has always won because reality isn’t impressed by trumpbotic strutting. It will do what it does and all we can do is our human best to learn how to deal with it, starting with learning how to shut down know-nothing, know-it-all trumpbots who pretend they’re done learning.

With trumpbots it’s not that the emperor has no clothes. It’s that the emperor is nothing but clothes, a suit of armor with nobody home. You can embarrass that empty suit in front of an audience. That’s how you shame a trumpbot back to their fallible human senses.