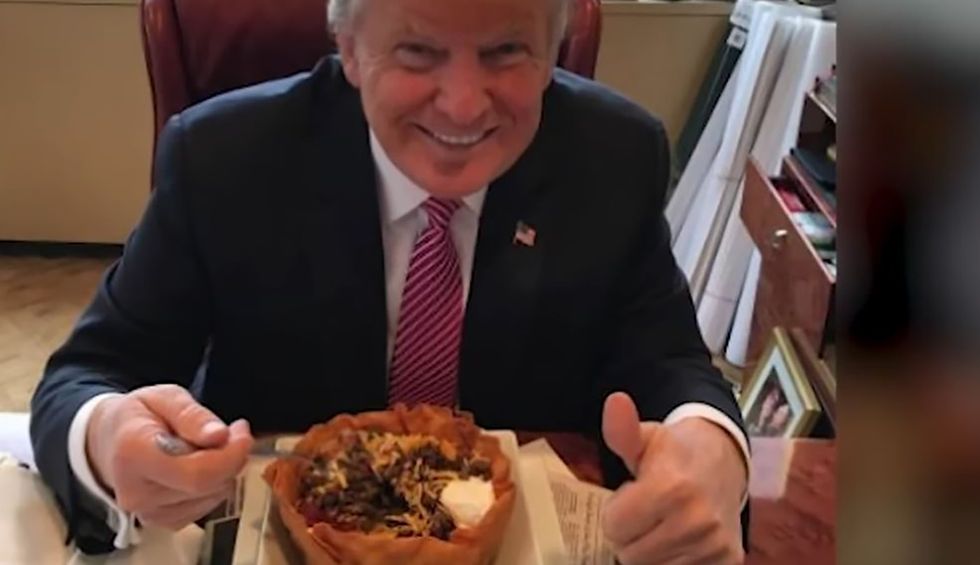 When Sour Patch Kids, Hot Pockets, and chicken fingers don’t quite seem like a balanced diet …

President Trump’s former doctor reportedly hid cauliflower in his mashed potatoes in an attempt to improve the president’s diet.

Former White House physician Ronny Jackson told The New York Times that he regretted leaving his position before he could implement the diet and exercise regimen planned for Trump.

“The exercise stuff never took off as much as I wanted it to,” he said. “But we were working on his diet. We were making the ice cream less accessible, we were putting cauliflower into the mashed potatoes.”

Do you need any more evidence that our pr*sident is a child? And a not particularly bright one at that.

I can’t help but be reminded of this Office quote from Kevin Malone, who was stressing about his New Year’s resolution: “Well, I said that I would eat more vegetables, and I haven't yet. But it's okay. I still have time, since last year I ate none.”

Why do I get the feeling that the only green thing Trump ever eats is a lime gummy bear? And the exercise regimen never took off? That’s because Trump thinks retrieving long-forgotten french fries from his adipose folds is a brisk cardio workout.

And this is the guy we’re counting on to nip COVID-19 in the bud. Yikes.