How courts stand in the way of progressive prosecutors 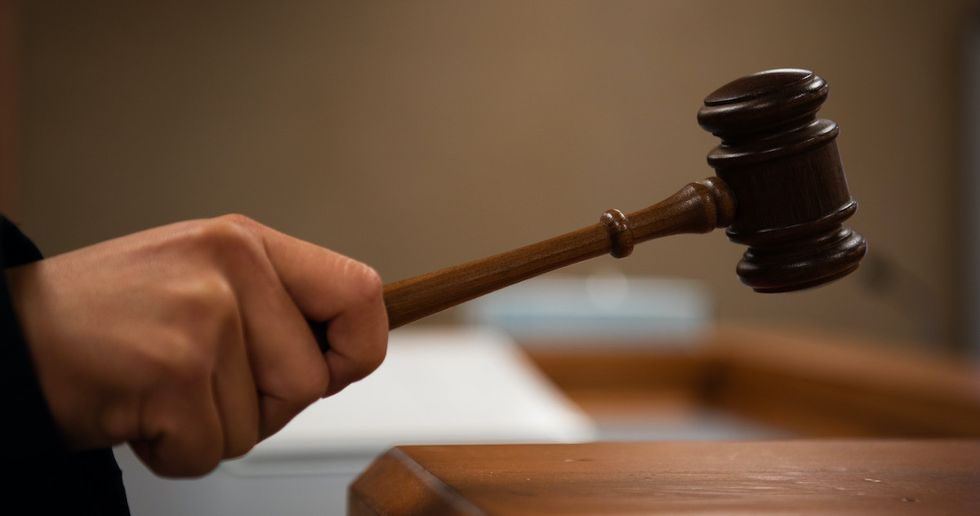 A new year means that all the candidates who won local elections in November get sworn in and start doing the work. One such person is Steve Descano, the new Commonwealth’s Attorney of Fairfax County⁠—by far the most populous local criminal court jurisdiction in Virginia.

Descano was elected as a part of a criminal justice reform wave throughout the state last year. In line with a pledge from his successful campaign, he has already made motions to dismiss pending marijuana possession cases from his predecessor’s administration in his jurisdiction.

Sadly, it isn’t as simple as that.

From the local bench, Judge Mark C. Simmons is already forcing Descano to prosecute one such defendant, stating that charges must be evaluated on a case-by-case basis. “In this court, everything is individualized,” the judge claimed.

This follows on the heels of a similar situation in the city of Norfolk, where other local judges told Commonwealth’s Attorney Greg Underwood that he must keep prosecuting marijuana cases. The Virginia Supreme Court affirmed that.

So in practice, the new legal climate is that reform-minded top Virginia prosecutors can use their discretion to categorically stop prosecuting certain offenses—but only if there is buy-in from local trial court judges. And these judges are selected via a problematic and rare legislative appointment system that deprives people from a say on the judiciary while also entrenching the implacable “tough on crime” status quo of an older generation.

American criminal justice’s old guard remains well represented in Virginia courtrooms. It follows that local prosecutors, despite the hype of high-profile election campaigns, cannot fix all the problems in the justice system.

Judge Simmons is an example of someone who embraces the geographic arbitrariness of punitiveness in this country as a form of primal territorialism. For instance, in a Washington Post piece about traffic courts, it was reported that Simmons told a Maryland man who did not think he was speeding to “slow down when you come to Virginia. Do all your speeding in Maryland.”

Too many judges have a traditional, “tough on crime”-era prosecutorial background for them to be representative of the people they lord over. And almost all of them have race or class privilege.

It’s understandable that people have looked to prosecutor races to enact change when legislatures have stalled. For one, they are cheap: Historically, for counties with around a million residents, competitive candidates for top prosecutor would expect to need to raise between $100,000 and $200,000. Relatively speaking, there are also not that many of these races, as there is generally just one elected prosecutor per county. Although there are around 3,000 US counties, roughly half the US population lives in only 150 counties.

So getting someone like Descano into office—especially when replacing someone like Descano’s predecessor Ray Morrogh, a drug-warrior Democrat—is expected to have a big impact. And it does…to a degree. What goes ignored is that there are legal ways for other branches of government to retaliate against a prosecutor who tries to change things in a way that attracts attention.

Courts’ efforts to unravel the new wave of high-profile progressive prosecutors were first exemplified with Orlando State Attorney Aramis Ayala, who was elected in 2016 without broaching the subject of death-penalty abolition but once elected, promised never to seek the penalty.

Then-Florida Governor Rick Scott took her murder cases away, and the Florida Supreme Court sided with Scott based on a fringe clause in the state constitution regarding gubernatorial powers over county-level law enforcement leaders.

Since then, other progressive prosecutors have seen their discretion stripped away through legal means. Pennsylvania Attorney General Josh Shapiro quietly and successfully lobbied the Pennsylvania legislature to give his office concurrent jurisdiction over Philadelphia District Attorney Larry Krasner’s gun cases. This came after a slew of conservative law enforcement officials complained that Krasner was giving “soft” plea deals in some cases.

And in Boston, a judge tried to force District Attorney Rachael Rollins to prosecute protestors against a “Straight Pride” parade, though the Massachusetts Supreme Court shot down that attempt to subvert prosecutorial discretion.

What’s the strategic answer to such widespread stymying of high-profile reform prosecutors’ goals?

Most DA candidates running on a progressive ticket are hugely dependent on support from a small number of funders, such as George Soros’s PACs or Shaun King’s Real Justice PAC. Some DA candidates I have known worry about how the requirements of such vital national groups may impact their practical prospects of getting things done locally.

For example, back in April 2019, the Justice Collaborative, a highly influential national advocacy organization, sent Jack Stollsteimer, the District Attorney-elect of Delaware County, Pennsylvania, its DA candidate survey back. Stollsteimer (a reformer who would later become my client), told me that he found the survey “really problematic,” due to its repeated, though implicit, encouragement of nullifying statutes without legislative input and making public announcements to that effect. He worried that making such moves, in his local context, could whip up opposition and reduce his real-world effectiveness.

To be clear, I am in total agreement with the goals of criminal justice reform organizations like those named. But after several years of concerted focus on prosecutor races by national-level operatives and PACs, it might be time to scrutinize the strategy of using radical platforms to generate headlines and try to change the national conversation.

Could this strategy, in some cases, be mobilizing anti-reform forces in a way that actually limits the amount of change accomplished? In some cases, could more people be protected from vindictive and purposeless drug convictions—resulting in exclusion from employment, housing and education—by reform prosecutors who quietly and incrementally go about their business?

These are challenging questions for reformers, and I don’t claim to know the answers. But in the interests of working smart and giving reforms some degree of protection from bad judges, they are questions that deserve to be asked.