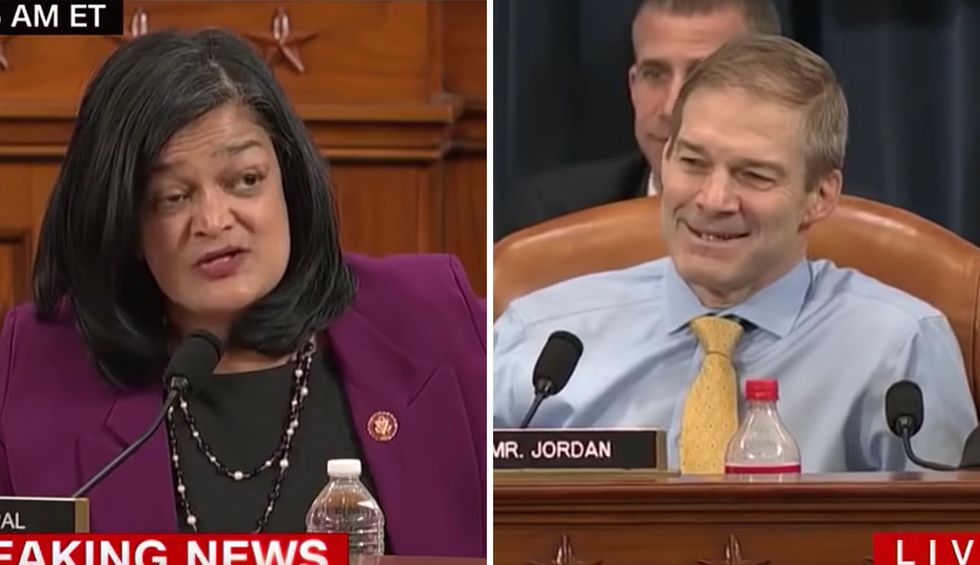 Rep. Pramila Jayapal (D-WA) stood her ground at an impeachment hearing on Thursday after Republicans tried to derail her arguments in favor of removing President Donald Trump.

Jayapal began her remarks by pointing out that Florida Republican Matt Gaetz was wrong to suggest that President Donald Trump was invested in Ukraine’s fight against Russia.

“Why then did he decide he was so concerned about ‘corruption’ that he was not going to release military aid?” Jayapal said, prompting Republican Rep. Jim Jordan of Ohio to demand that she yield the floor.

“They got a new president!” Jordan shouted, referring to Ukraine.

“The gentlelady has the time!” Chairman Jerry Nadler said, bringing down the gavel. “People will not interrupt.”

“That argument has no weight whatsoever!” Jayapal fired back at Jordan. “No where between the time that Donald Trump withheld aid and the time that he released that aid was there an additional assessment [on Ukraine corruption] required or done.”

“Forget about President Trump,” she said. “Will any one of my colleagues on the other side say that it is an abuse of power to condition aid on official acts?”

“Not a single one of you has said that so far,” Jayapal noted.