How to take down a cult leader 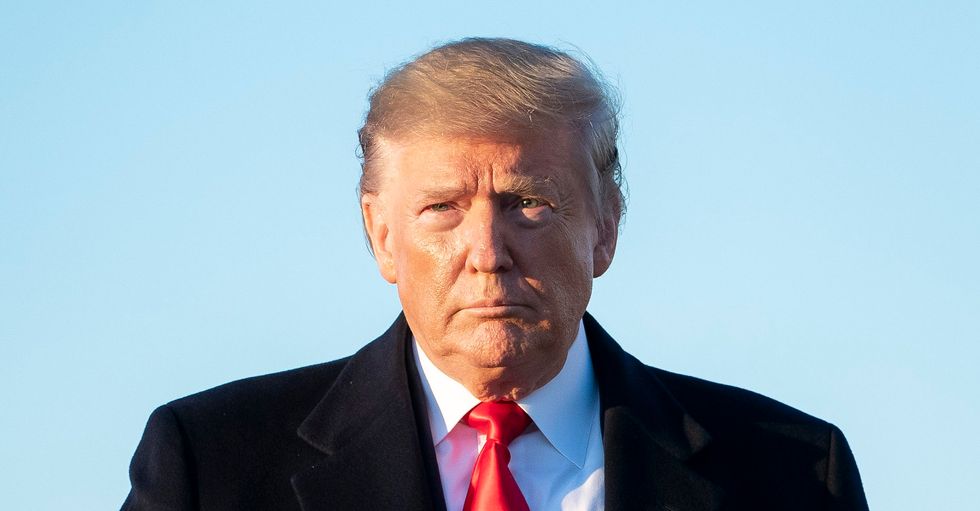 Any of these moves could be useful for swaying onlookers to resist the cult, but that’s a different matter. The question here is how to cut them, making the cult and its leaders show blood.

Not once in Trump’s entire political run has he shown blood, been left speechless, stunned, or stalled. Remember Dan Quale’s face when Lloyd Benson told Dan Quayle, “You’re no John Kennedy”? ()  or Reagan’s “there you go again”? () Or Chris Christys cut  Rubio over his “25 second sound bite”? () Or the classic, Joseph McCarthy cut by Joseph Welch’s “Have you no sense of decency, sir, at long last?”

That’s what cutting looks like. In each case, the cut bled support. Trump has yet to be cut.

Our inability to cut Trump is his cult’s core appeal. We know that he’s a loser but look at his track record through the eyes of someone who doesn’t follow politics, or has views so aligned with Trump’s pandering that they fall for it, or the education-deprived citizen who doesn’t have well-trained political BS detectors. From their perspectives, Trump is a winner. He hasn’t lost a single argument. At most he’s suffered a tie. He remains uncut. He swaggers away from all dust ups, never apologizing, always accusing, always playing umpire declaring himself winner, always getting the last word. That’s the essence of cult charisma: The appearance of invincibility through proud incorrigibility.

The appearance of invincibility can be maintained on the cheap: If you never apologize, always accuse more relentlessly than your challengers, the gullible with think you’re a saint and then you can get away with anything. A cult leader needs no more strategy than that. Just run it as long as you can get away with it. So long as your holding or gaining power, your cult members will think you’re invincible. That alone is sufficient to explain the Trump cult’s rise.

So how do you cut someone who has achieved that cult status? If their sole strategy is never apologize always out-accuse, none of the options above will work.

It doesn’t take much imagination to predict their responses. That’s the point. Cult leaders are one-trick phonies: Never apologize, always out-accuse, get as far as you can and don’t get cut.

So how do you cut them?

By exposing their one-trick: Never apologize, always accuse. Pretend to be infallible and thus become incorrigible.

How would they respond? More of the same, since it’s all they know. Their responses will confirm your accusation, so don’t let up; don’t get distracted. Control the debate and keep it focused on their one trick.

Of course, they won’t back down. They’ll just deny, deflect, never apologize, always accuse, saying in so many words, “no, you’re the one who never apologizes and always accuses.” To which you respond “there he goes again.” Over and over, never  following their lead into the weeds and distractions.

You’ll lose the folks who think they’re above it all, people who say all politicians are idiots since all they do is bicker. You’ll lose the nihilists too who say that everyone’s a hypocrite so the trick is just to be the more convincing hypocrite.

Still, I don’t see an alternative. Our best shot at cutting a cult leader is a relentless focus on exposing their whole MO, not pulling moral rank on it, just pointing out that that’s all they’ve got.

I’ve become a litmus-test voter for 2020. I’m looking for a candidate who can cut Trump. To his face, in his presence. So he bleeds. So people realize that their surefire winner cult leader isn’t surefire.

His opponent would half to be razor sharp – sharp-minded, sharp-tongued, sharp-witted, irreverent, entertaining, fiery enough to cut through the pileup of candidates and the endless attacks on their character to climb into a position to even get a chance to cut Trump to his face.

And then, to his face, using that sharp tongue to lash him not at the minutia but the whole MO, the whole generic never-apologize, always-accuse one-trick phony cult leader strategy.

Because that’s all he’s got. And despite us scrambling to counter it in the minutia, it’s still working. His fake-infallibility run is still running strong.