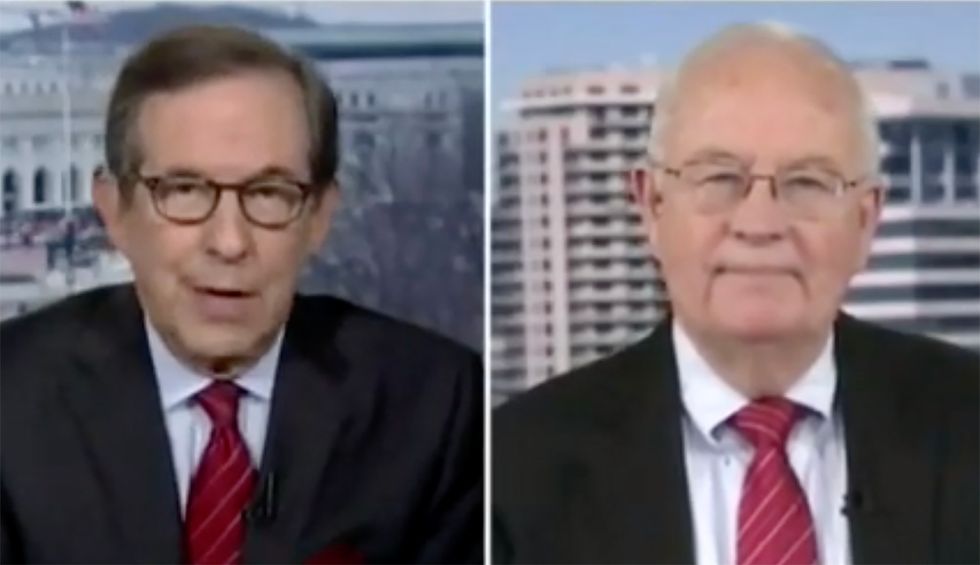 Fox News host Chris Wallace argued that the deeds President Donald Trump is accused of are more serious to the country than President Bill Clinton’s actions, who was impeached for lying about sex.

During a break in impeachment hearings on Monday, Wallace called out Ken Starr’s “characterization of this process and what we heard today… he said that the presentation against the president is narrow, prosecutors look through the world through dirty windows, it’s slanted.”

“And you know, it just seems to me — and Ken, I see you there on the screen so I’ll be talking directly to you — when you compare this to the Clinton impeachment, which was basically about whether the president had lied under oath about sex,” Wallace continued. “I’m not talking about whether this story is true or not.”

“But the allegation that the President Trump conditioned support for a key foreign policy ally on political benefit to him strikes me as not narrow, but far broader than the Clinton impeachment and the effort that was made by you and Republicans then to impeach him.”

Wallace also dressed down Starr, who served as the independent counsel in the Clinton impeachment, for saying that there is no prospect of Trump being removed from office by a conviction in the Senate.

“As if that should somehow affect the ways the House proceeds,” Wallace said. “There was certainly never any prospect that Clinton was going to be removed, and in fact, you talked about the political buy-in. Bill Clinton in 1998 at the height of the whole impeachment thing, scored a victory. Democrats actually picked up seats.”