How lipstick, shampoo and cookies are pushing critically endangered elephants to extinction 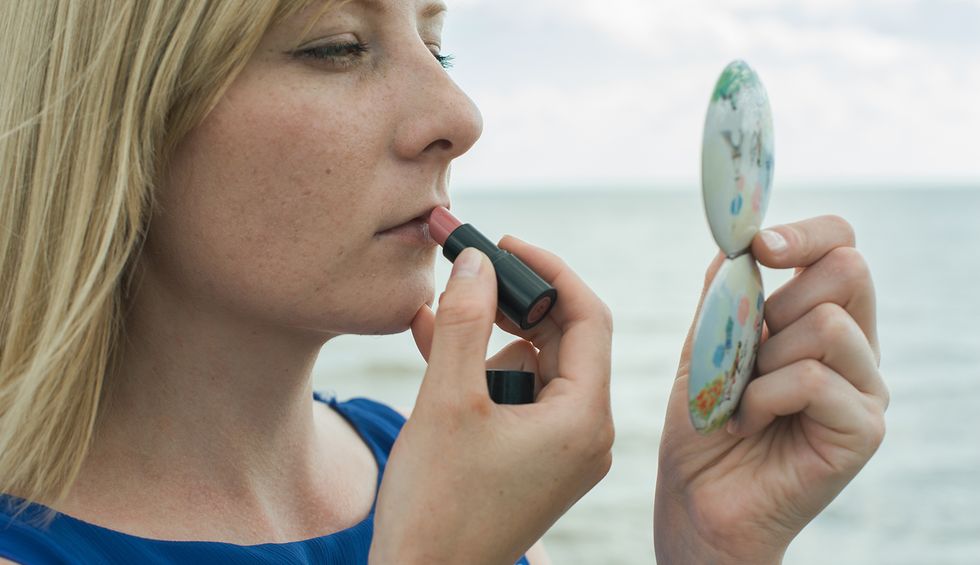 Can you picture a herd of elephants moving single file through the dense understory of a tropical rainforest? On the island of Sumatra, a high-stakes endgame is unfolding for one of Earth’s most endearing, beloved, emotional and intelligent animals. Field investigation teams with my organization, Rainforest Action Network, have documented alarming evidence of fresh forest clearance within some of the most important remaining lowland rainforests in Indonesia.

Located in the northeast section of the extraordinary Leuser Ecosystem, the forests contain internationally recognized concentrations of biological diversity, including Sumatran tigers and orangutans. In particular, these rich forests are among the most valuable remaining habitat for critically endangered Sumatran elephants, who rely on this region as a crucial migration route connecting larger areas of intact forest. Sumatran elephant populations are already dangerously depleted, so preventing the extinction of these iconic species depends on stopping further deforestation in these priority habitat locations.

The ongoing forest destruction is occurring within lands that were previously allocated to three plantation companies: PT Indo Alam, PT Tualang Raya and PT Nia Yulided, the company exposed for the largest extent of clearance since January 2019.

While exact elephant population numbers are not known, the International Union for the Conservation of Nature (IUCN) estimates only about 700-1000 Sumatran elephants are left in all of Sumatra, with a significant portion of those depending on this area for survival.

For generations, these forest giants have carved paths through the thick jungle environment, creating green, tunnel-shaped passageways invisible from above. But now, these remaining animals are increasingly isolated and divided from each other and cut off from their centuries-old migration routes by forest fragmentation and the relentless incursion of palm oil plantations into their shrinking lowland rainforest territories.

Found in roughly half of all packaged products sold in U.S. grocery stores, palm oil hides in everything from popular snack foods like ice cream, candy and instant noodles, to household items like laundry detergent, toothpaste and shampoo. Palm oil has become the most widely used vegetable oil on Earth, with the vast majority produced in Indonesia and neighboring Malaysia. A growing international movement has successfully pressured dozens of major brands to publicly commit to cut “conflict palm oil,” palm oil associated with deforestation and human rights abuses, from their supply chains, but those promises remain far from fully realized.

The loss of over 70 percent of Sumatran elephant habitat since 1985 has lead to increasing human-wildlife conflicts which too often results in these majestic animals being slaughtered as pests or caught in traps placed by poachers alongside community gardens or palm oil plantations.

Sumatran elephants face a serious and very real threat of extinction within our lifetimes. If this is to be prevented, it is of the utmost urgency that the global brands using palm oil in their products establish monitoring and enforcement systems to stop deforestation for palm oil suppliers located in the Leuser Ecosystem and demand only verifiable, truly responsible palm oil.

In May 2019, thousands of concerned consumers signed a petition calling on candy makers Nestlé, Mars, Mondelēz and Hershey’s to establish proactive, transparent monitoring systems to identify and halt deforestation in the Leuser Ecosystem. Nestlé established a satellite-based monitoring system, but has failed to put its new tool into use to halt new forest loss by these known perpetrators. Mondelēz chose to require its suppliers to map and monitor plantations for deforestation instead of establishing its own transparent monitoring system. The shocking truth is that despite knowing about this elephant emergency for five years, not a single snack food company has addressed its connection to the destruction of the lowland rainforests of the Leuser Ecosystem. For the sake of the remaining Sumatran elephants, this needs to change.

Government intervention is also needed to protect and reconnect the habitat for the surviving herds of Sumatran elephants. The Indonesian government recently announced its commitment to make permanent its moratorium on the clearance of primary forests across Indonesia. This announcement is a positive step demonstrating its commitment to protect important forest areas. For these iconic wildlife species to survive, it is imperative  that the provincial and central governments work together to deliver legal protections for primary forests threatened by conversion inside the Leuser Ecosystem.

In September 2018, a presidential instruction by Indonesian President Joko Widodo was enacted to halt both the forest clearance for palm oil and the issuance of new permits, and to conduct a review of existing palm oil permits. The most recent photographic evidence of land clearance reveals the urgent need for government interventions to enforce moratoria, revoke the permits of PT Nia Yulided as a sanction for violating the presidential order to stop clearing and secure commitments from PT Indo Alam and PT Tualang Raya to protect forest areas where their palm oil concessions are known to overlap with critical elephant habitat.

Sign a petition urging candy makers Hershey’s and Mars to track where destruction is taking place and prove to customers that conflict palm oil isn’t ending up in their products.

Laurel Sutherlin is the senior communications strategist for Rainforest Action Network. He is a lifelong environmental and human rights campaigner as well as a naturalist and outdoor educator with a passion for birds and wild places. Follow him on Twitter @laurelsutherlin.