‘The problem is we need some money’: Rudy Giuliani exposed his desperation by accidentally 'butt-dialing' a reporter 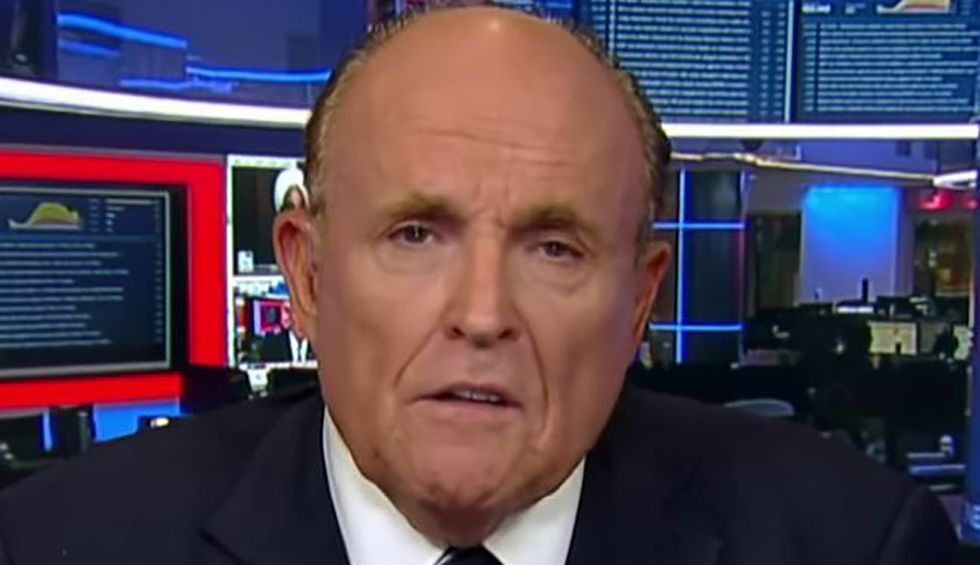 In a truly cartoonish incident that seems to be perfectly calibrated for modern politics, Rudy Giuliani accidentally left a voicemail to an NBC News reporter on October 16 — a voicemail that was surprisingly revealing. That “butt-dial” resulted in three minutes worth of audio in which President Donald Trump's attorney — the former New York City mayor! — can be heard discussing a need for cash with an unidentified man.

Giuliani and the NBC News reporter spoke on October 16, discussing Giuliani’s ties to a fringe Iranian opposition group. And Giuliani called the reporter again at 11:07 p.m. EST — only that time, Giuliani didn’t make the call on purpose. When the reporter (who had gone to bed) woke up the next morning and checked his voicemail, he found a three-minute message in which Giuliani can be heard speaking to the unidentified man. Giuliani, during the conversation, didn’t seem to know that he had accidentally called the NBC reporter and that the conversation was being recorded.

NBC News’ Rich Schapiro reports that it isn’t clear what all Giuliani and other man were talking about during their conversation, but Giuliani can be heard mentioning someone named “Charles” and someone named “Robert” (who the other man notes is “in Turkey”). Schapiro doesn’t know “Charles” is, although he points out that Giuliani “is known to have worked closely with a Robert who has ties to Turkey. His name is Robert Mangas, and he’s a lawyer at the firm Greenberg Traurig LLP, as well as a registered agent of the Turkish government.”

When the other man in the conversation notes that “Robert” is in Turkey, Giuliani replies, “The problem is we need some money.” After a nine-second pause, Giuliani adds: "We need a few hundred thousand."

Giuliani says of “Charles” — whoever that is —“would have a hard time with a fraud case ‘cause he didn’t do any due diligence.”

According to Schapiro, October 16 wasn’t the first time Giuliani accidentally “butt-dialed” a journalist. Giuliani had previously inadvertently called an NBC News reporter on September 28, resulting in about three minutes of audio left in the reporter’s voicemail. In that recorded conversation, Giuliani can be heard railing against former Vice President Joe Biden and his son, Hunter Biden — saying that he was being attacked for going up against prominent Democrats.

“I expected it would happen,” Giuliani is heard saying. “The minute you touch on one of the protected people, they go crazy. They come after you.”

Giuliani is also heard saying of Joe Biden, “It’s a sad situation. You know how they get? Biden has been, been trading in on his public office since he was a senator.”

Giuliani goes on to say, “When he became vice president, the kid decided to go around the world and say, ‘Hire me because I’m Joe Biden’s son.’ And most people wouldn’t hire him because he had a drug problem.”

"Butt-dials," it should be noted, don’t necessarily occur when a cell phone is placed in one’s back pocket. They can also occur when cell phones are in one's front pocket and pressure is exerted.