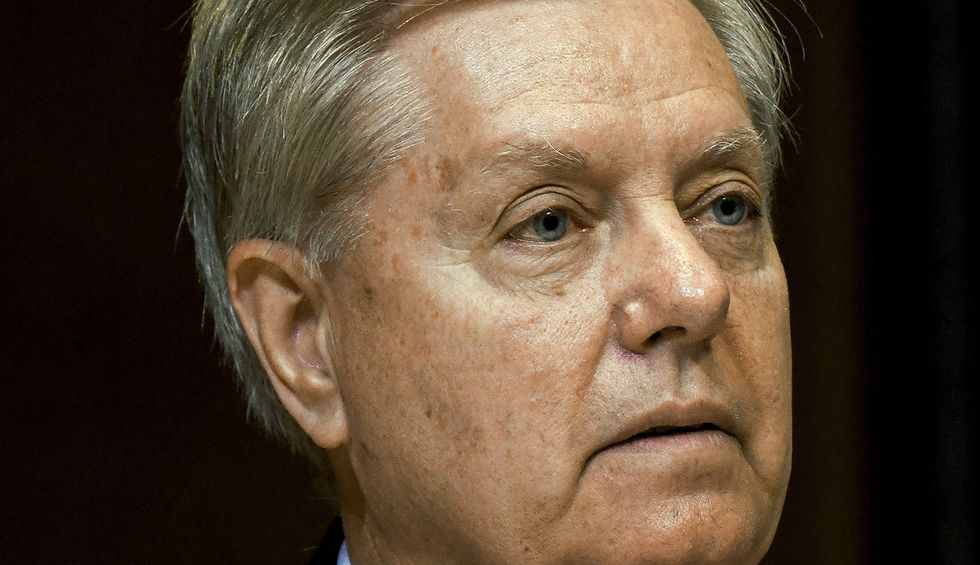 South Carolina Sen. Lindsey Graham is in overdrive to protect his own 2020 reelection chances even as he criticizes Donald Trump's disastrous withdrawal of troops from Syria. So Graham floated the idea of sending a letter to Speaker Nancy Pelosi pledging that the Republican caucus would never vote to remove Trump from office. In other words, Senate Republicans would take a pledge prejudging their vote before seeing really any of the evidence Democrats have turned up in a cascade of interviews from career public servants.

Frankly, the idea kind of flopped. Sure, Lindsey needs to bear hug Trump on the way to reelection, but it's a pretty terrible idea for any vulnerable Republican senators facing reelection in tougher states like Maine, Colorado, or Arizona. One GOP senator anonymously told The Hill it was “one of the dumbest ideas I’ve ever heard from Lindsey," adding that it could "backfire" if there weren't enough signatures supporting Trump. It would also put some of Graham's fellow 2020 senators in the position of facing Trump’s wrath if they don't sign on (because Trump’s just that dumb). That surely wouldn't help the caucus.

Even some unlikely characters stepped forward to question the wisdom of such a letter, including Sens. Jim Risch of Idaho, Tom Cotton of Arkansas, and Roy Blunt of Missouri. Wow, really going over like a lead balloon there, Lindsey.

Graham pitched the letter during a caucus lunch and is following through with trying to get signatures. If that letter never sees the light of day, you can bet it's because the lack of GOP support would be embarrassing for Trump. But if it does surface, it's just one more thing to tar the GOP caucus with for putting party over country.

Graham acknowledged that his latest brainchild didn't get the greatest reception.

“Some people didn’t like the approach and I’m taking their concerns under advisement. And I’ll do what I need to do,” he said. In other words, he'll do what he needs to do to get reelected—everyone else is on their own.