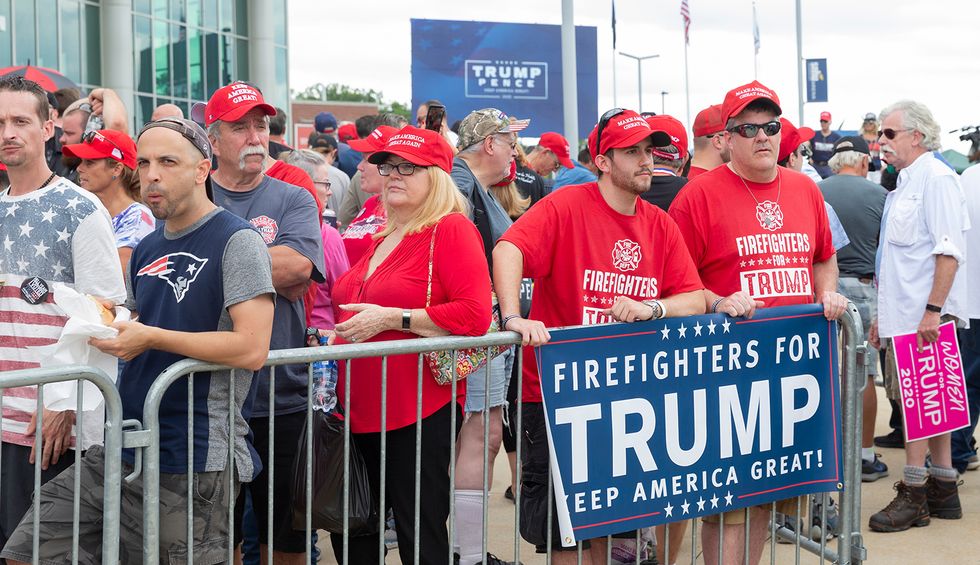 Conservative Ramesh Ponnuru has written a blistering column in which he tears apart what he describes as "lame excuses" Trump supporters have made for the president's impeachable conduct.

At the start of his latest Bloomberg column, Ponnuru chides some Democrats for their own rhetorical excesses, such as declarations that the president committing "treason" by trying to push Ukraine to help him dig up dirt on political enemies. As Ponnuru notes, it is not treasonous to seek aid from a foreign country unless the United States is at war with that country.

However, Ponnuru then pivots to say that Trump's supporters in conservative media are offering "even more flawed arguments" in his defense, and he proceeds to take them apart piece by piece.

When it comes to the excuse that the president didn't do anything wrong because he didn't offer an explicit quid-pro-quo with Ukraine, Ponnuru writes that "it takes willful naiveté" to believe Trump's decision to suspend aid to the country one week before his phone call had nothing to do with putting pressure on it to investigate Biden.

Ponnuru is even more unsparing in his takedown of the idea that Trump was merely asking the Ukrainian government to root out corruption that just happened to involve a potential 2020 presidential rival.

"The president’s interest here was obviously personal," he writes. "Otherwise there would have been no reason to involve Giuliani, a private lawyer, who had already said that he was 'meddling in an investigation' to help his client."

Ponnuru also drops the hammer on Trump supporters who say that he shouldn't be impeached over "just one phone call."

"What’s under investigation isn’t just a phone call," he writes. "We need to know the motives for the administration’s temporary withholding of aid, which are disputed. And Giuliani’s comment about meddling came more than two months before the phone call."