Legal and security experts weight in on whistleblower complaint: 'This is as big as it gets' 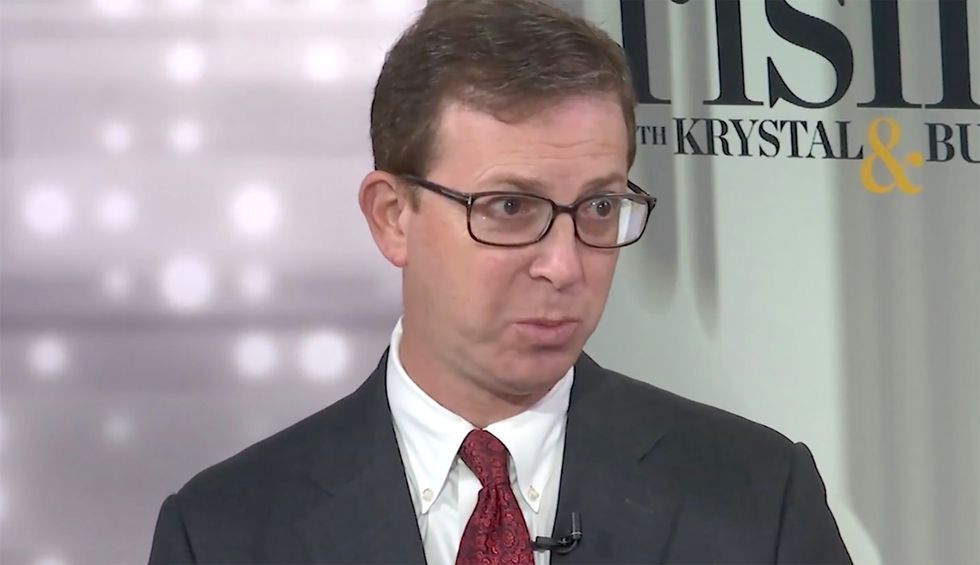 With the whistleblower complaint against President Donald Trump having been declassified and publicly released, legal and national security experts are weighing in on the implications and how it could affect an impeachment inquiry.

White House officials, according to the complaint, were alarmed by the call and believed they “had witnessed the president abuse his office for personal gain.” And the complaint said that “more than a dozen U.S. officials” had notified the whistleblower about Trump and his attorney, Rudy Giuliani, urging a foreign government to investigate his “main domestic rival.” Moreover, the complaint said that Kurt Volker, Trump’s part-time envoy to Ukraine, went to Kiev on July 26 — the day after the call — to meet with Zelensky and advise him on ways to “navigate” Trump’s demands.

Congressional reporter Michael McAuliff noted some key points on Twitter. First, “A dozen White House officials sat in the situation room with Trump as he asked the Ukrainian president for a ‘favor.’” And McAuliffe found this comment especially important: “White House officials told me that they were 'directed' by the White House lawyers to remove the electronic transcript from the computer system in which such transcripts are typically stored.”

Shane Harris, who focuses on national security for the Washington Post, tweeted that the whistleblower “is alleging a WH pattern of obfuscating the president's remarks. And NBC News’ Ali Vitali noted that according to the whistleblower, “Trump’s Ukraine call transcript was ‘not the first’ placed in a code-word level system ‘solely for the purpose of protecting politically sensitive — rather than nat'l security sensitive — information.’"

Greg Miller, national security reporter for the Washington Post, tweeted, “This just got much bigger” because “the complaint, citing multiple US officials, alleges that White House lawyers have been stuffing politically troubling records of presidential calls into highly classified storage to hide them from scrutiny throughout Trump’s presidency.”

Senate Majority Leader Chuck Schumer tweeted that after having read the whistleblower complaint, he is “even more worried about what happened than when I read the memorandum of conversation between President @realDonaldTrump and President Zelensky”:

Having read the whistleblower complaint, I am even more worried about what happened than when I read the memorandum… https://t.co/j5wu2qKma7
— Chuck Schumer (@Chuck Schumer)1569452816.0

Me talking here: This is a really key point (above). Highly classified systems like this do not exist to obscure or… https://t.co/SBxnlCe5Bc
— Shane Harris (@Shane Harris)1569502973.0

A dozen White House officials sat in the situation room with Trump as he asked the Ukrainian president for a "favor… https://t.co/LKsrsPd7Sw
— Michael McAuliff (@Michael McAuliff)1569502721.0

Rep. Adam Schiff is asserting that the complaint “never should have been withheld”:

This complaint should never have been withheld, and it provides a roadmap for our investigation. We will do everyt… https://t.co/mD46eT267o
— Adam Schiff (@Adam Schiff)1569501330.0

Mark Zaid, a D.C.-based attorney and security expert, is quoted in The Hill as saying, “We are seeing not just a politicization, but a legalization of the whistleblower process that was never intended to exist. It was not intended that the system would be put under a microscope so that lawyers could derive any type of loophole interpretation. These are the type of cases that are supposed to be broadly interpreted.”

Steven Cash, a counsel to the Senate Intelligence Committee, is quoted in The Hill as saying, “If the allegations that appear to be out there are in any way true, this is perhaps the most significant issue that has faced the intelligence committees ever. This is as big as it gets.”

Rep. Jackie Speier described the complaint as “nothing short of explosive.” And legal analyst Mimi Rocah has tweeted that while Trump can’t be prosecuted over Ukraine, Rudy Giuliani can.

Some Trump loyalists are claiming the complaint is insignificant. Rep. Devin Nunes is claiming it “relied on hearsay evidence." And GOP Rep. Elise Stefanik, after reading the complaint, tweeted, “I do not support impeachment of President Trump.”