How many Americans believe in climate change? Probably more than you think 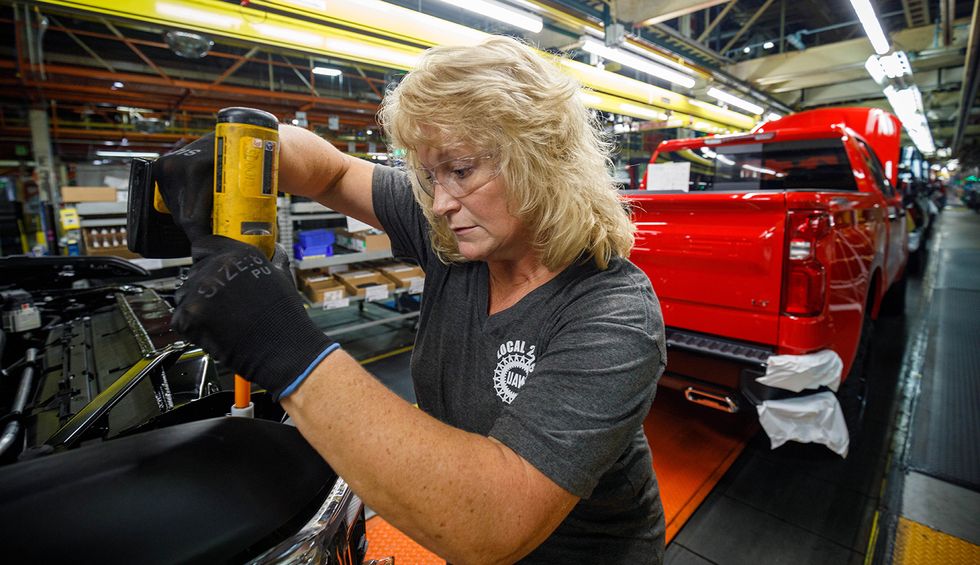 Indiana certainly doesn’t look like a state that’s ready to confront climate change. Its former governor, Vice President Mike Pence, has questioned whether human actions affect the climate. In 2016 the majority of Indiana residents voted for Donald Trump, who rejects mainstream climate science. And the state ranks first in the proportion of its population that identifies as conservative – a position that generally means resisting calls to address climate change.

Given these realities, it would be easy to assume that all Hoosiers largely doubt climate change and humans’ contribution to it. The truth is surprising.

My research focuses on the human dimensions of climate change, including public opinion. In a recent statewide survey, I found that the majority of Indiana residents supported taking action on climate change. However, most Hoosiers underestimate just how widespread this view is in their state.

I found that, overall, Hoosiers believed that climate change was real and was happening. Around 80% of respondents reported believing that climate change was occurring “somewhat” or “to a great extent.”To explore climate change views, my colleagues and I commissioned an online survey of 1,002 Indiana residents statewide in April 2019. The most reported political affiliation was Republican (28%), though there was a wide diversity of affiliations across the sample. A slight majority were men (52%) and the largest age category was 25-34 (20%).

In the United States, the public’s view of climate change often divides along party lines, and respondents in my survey were no exception. Those identifying with more conservative parties reported lower levels of belief in and support for action on climate change across the board.

If citizens keep their support for acting on climate change to themselves, society struggles to build consensus. But relatives and friends can influence individuals’ attitudes on climate.

Research shows that people’s willingness to change their beliefs or attitudes depends to a great extent on what they already perceive as normal. Therefore, I next examined whether Hoosiers correctly perceived the existence of widespread support for climate change in their state. My survey asked, “What percentage of other Indiana residents do you think believe climate change is happening (whether caused by human activity or not)?”

On average, respondents underestimated by about 24% how many Hoosiers accept climate change. Doubters thought that most others shared their skepticism, estimating that only around 43% in Indiana held the opposite opinion.

Surveyed Hoosiers who believed climate change is happening perceived that a higher percentage of Hoosiers felt like them. However, they too underestimated the percentage who accepted the reality of climate change’s occurrence, by around 20 points on average.

Such misperceptions hinder action on climate change. Previous research has shown skeptics can fall prey to a “false consensus effect” – the tendency to assume one’s own opinion is held by a majority of others. For example, climate skeptics who falsely assume that most others share their opinion are less likely to change their minds. But if they recognize that a consensus exists on the issue and is different from their own initial belief, that could encourage more conservatives to believe in climate change.

In the same way, believers who underestimate just how many actually agree with them are more likely to self-silence for fear of being stigmatized. They may avoid calling their political representatives to urge support of climate change policies. Researchers have identified such “pluralistic ignorance” in studies of college students and social norms around alcohol use.

Even in a state as conservative as Indiana, belief that climate change is occurring and support for action to curb it are now mainstream.

Our survey did not ask more controversial questions, such as whether humans had a role in causing climate change or how to reduce emissions. While I expect that many in the state remain divided on these issues, I still find my results encouraging.

Perhaps one sign of quietly changing attitudes in Indiana is South Bend Mayor and presidential candidate Pete Buttigieg’s rise in national polls, due in part to his climate change agenda, which Buttigieg has linked to broader action to revive rural America.

Our respondents are not alone in misperceiving how many of their peers hold supportive attitudes. Many people nationwide underestimate consensus on this issue. One way to overcome this tendency may be to focus on communicating the commonness or the growing belief in climate change.Addressing climate change will require major societal changes, which in turn will require overcoming barriers that discourage or prevent collective action. Hoosiers’ underestimation of local consensus on climate change is likely one such barrier in Indiana.

I also see it as critical for individuals who believe climate change is occurring to discuss the topic with friends and relatives, especially if these loved ones are doubters. Helping people to recognize just how normal it is to believe in climate change could lead to broader calls for action in Indiana and beyond.