Evangelist Benny Hinn renounces the ‘prosperity gospel’ in a stunning reversal: ‘I’m done with it‘ 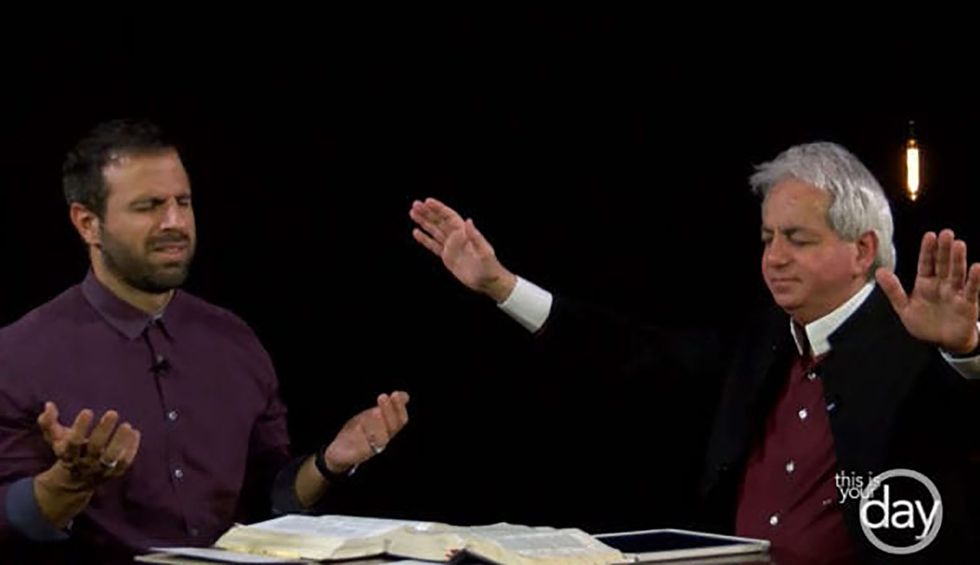 Christian televangelist and faith healer Benny Hinn has long been known as one of the most vocal proponents of the “prosperity gospel.” But now, he’s publicly renouncing the teaching, the Christian Post reports.

During a live broadcast posted to his Facebook page this Monday, Hinn declared that the Gospel “is not for sale.”

“I’m sorry to say that prosperity has gone a little crazy and I’m correcting my own theology and you need to all know it,” Hinn said. “Because when I read the Bible now, I don’t see the Bible in the same eyes I saw 20 years ago.”

To the roaring approval of the audience, Hinn went on to say that his former teaching “hurts the Gospel,” adding that he was “making this statement for the first time in my life and frankly, I don’t care what people think about me anymore.”

“When they invite me to telethons, I think they will not like me anymore. … If I hear one more time, break the back of debt with $1,000, I’m gonna rebuke them,” he said. “I think that’s buying the Gospel. That’s buying the blessing. … If you are not giving because you love Jesus, don’t bother giving. I think giving has become such a gimmick — it’s making me sick to my stomach.”

The “prosperity gospel” is usually understood as a series of teachings that say believers will be rewarded with health and wealth as long as they give monetary offerings to their churches and pastors.

The teaching of the prosperity gospel is the least of the famed evangelist’s controversies. Hinn is also known for his “faith healing” church services, where he puts on massive displays showing faithful (and arguably complicit) congregants being knocked over by the power of the Holy Spirit delivered from Hinn’s hands. It’s a spectacle that Hinn has continuously utilized over the years to help his ministry bring in an estimated $100 million annually, primarily from donations.

Watch an excerpt of Hinn’s words below: