Andrew Gillum slams Santorum for claiming guns aren’t the ‘problem’ in mass shootings: ‘That is ridiculous’ 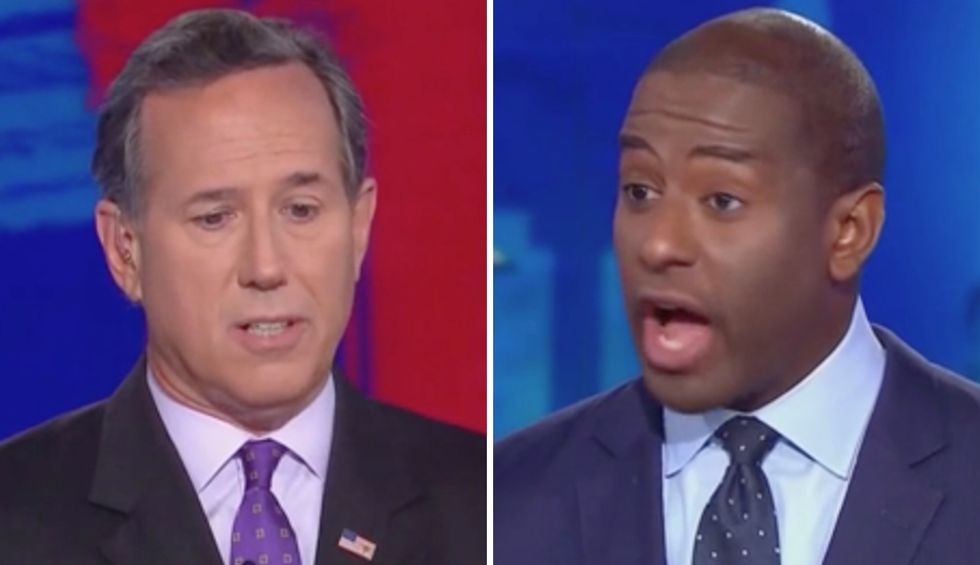 CNN contributor Andrew Gillum called conservative pundit Rick Santorum “ridiculous” on Sunday for suggesting that guns are not the problem in mass shootings.

During a CNN discussion on gun control, Santorum criticized calls from Democratic candidates for the government to buy back assault-style weapons in addition to banning them.

“The truth is something has to give,” Gillum said. “The stranglehold that the NRA seems to have over Congress, over Washington, D.C., in my opinion, is insane. How can we put the priorities of one interest group above the safety, the security of the American people?”

“We will eventually have to get around to the conversation of what do we do with weapons of war that are still out there on our streets,” he added.

Santorum insisted that the idea would never work.

“Even Democrats who are not calling for gun bans are saying, ‘Let’s do [background checks] first and then we can get to gun bans,” he added.

Gillum fired back: “It’s not the opioids that’s the problem, it’s the people taking the opioids. That is ridiculous. In Ohio, 30 seconds and they were able to mow down a whole group of people.”

“That just doesn’t make sense,” he told Santorum. “It’s the weapons that we’ve got to get rid of.”