Why Marsha Blackburn fell on a grenade for Donald Trump 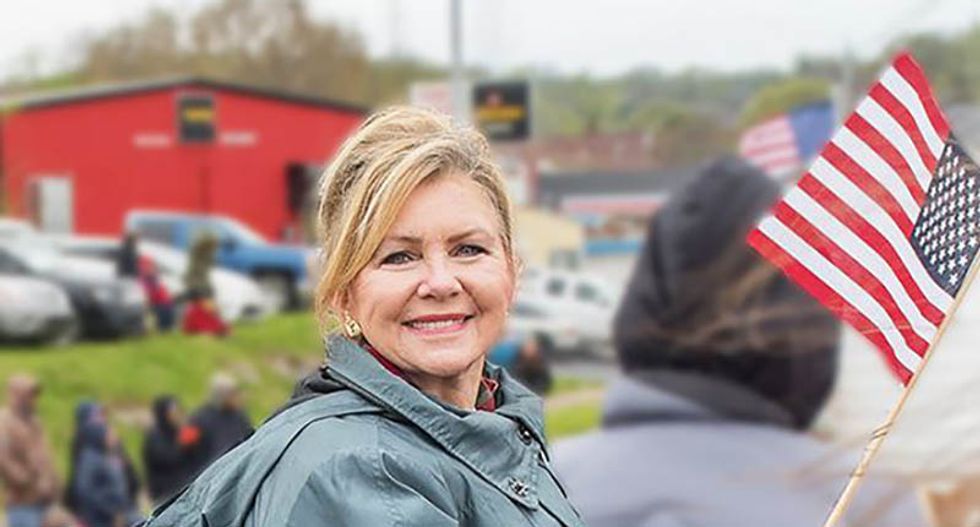 At least a dozen Republican congressional campaigns used materials stolen from Democrats by Russian hackers during the 2016 election. Several other Republican campaigns received millions in contributions from an oligarch with close ties to Russian President Vladimir Putin. In 2018, the Democratic Congressional Campaign Committee called on the National Republican Congressional Committee to make a bipartisan pledge not to utilize stolen or hacked information in House elections. After months of negotiations, in September of 2018, House Republicans backed out and refused to sign the pledge. These are just some of the often-overlooked reasons why Republicans have been so reluctant to criticize President Trump’s willingness to accept “dirt” on an opposing candidate from a foreign government.

One day after Trump told ABC’s George Stephanopoulos that he wouldn’t necessarily go to the FBI in the event his re-election campaign is contacted by foreign groups, Senate Republicans killed legislation to safeguard American democracy from foreign interference.

Democratic Sen. Mark Warner, D-Va., failed in his attempt to unanimously pass a bill that would require candidates to report election assistance offered by foreign governments to federal officials. Under Warner's Foreign Influence Reporting in Elections (FIRE) Act, campaigns would have to report contacts with foreign nationals who are trying to make campaign donations or coordinate with the campaign to the Federal Election Commission, which would then notify the FBI. It’s already illegal for electoral campaigns to knowingly accept help from a foreign entity or power.

"This legislation is pretty simple, even for this body. It would require that any presidential campaign that receives offers of assistance from an agent of a foreign government has an obligation to report that offer of assistance to law enforcement, specifically the FBI," Warner said on Thursday. “We ought to make clear that if any foreign power tries to intervene again in an election, the least we can do is ask for a requirement to report it to law enforcement.”

.@MarkWarner on legislation requiring any presidential campaign that receives offers of assistance from an agent of… https://t.co/fL4NaoQMYa
— CSPAN (@CSPAN)1560455222.0

Warner’s request for unanimous consent to pass a bill that would make it illegal not to report an offer of foreign help was blocked by Sen. Marsha Blackburn of Tennessee, a Republican elected last year. (She replaced Trump critic Bob Corker, who retired rather than run again.)

“All of us know, if you were to ever be contacted by a foreign entity, your first call is the FBI,” Blackburn had said to reporters hours before blocking the bill. “I don’t care if it’s Russia, Norway, China, whomever.”

Blackburn, who was a part of the Trump transition team, explained her objection to a bill that would make it harder for a person to cheat their way into a position as an effort to protect campaign contractors, door knockers and — most curiously — the group of undocumented immigrants known as Dreamers.

“We are all for free and fair and honest elections. These reporting requirements are over-broad," Blackburn said. "Presidential campaigns would have to worry about disclosure at a variety of levels. So many different levels.” Blackburn complained that "the unanimous consent that was presented is over-broad, and this is something should be done in a thoughtful way. It should be done in a bipartisan way."

But unanimous consent is bipartisan, by definition. If she wanted to be bipartisan, she could have allowed the law to go through. But the issue of allowing foreign interference in our elections seems wholly partisan now.

Responding to Blackburn’s objection to his resolution, Warner, the vice chairman of the Senate Intelligence Committee, said his colleague's "reading of my legislation is not accurate ... the only thing that would have to be reported is if the agent of a foreign government or national offered something that was already prohibited."

“I'm deeply disappointed that the majority has rejected this request before I can even lay out why I think it's needed," Warren said.

He added: “If there are ways to improve this legislation to reach an agreement, I am wide open to changes to make it better.”

Other Democrats expressed outrage at Blackburn’s opposition to the resolution.

“Today is a new low,” said Senate Minority Leader Chuck Schumer, D-N.Y., urging Republicans to “rethink this” because Democrats plan to bring up the request again.

“How disgraceful it is that our Republican friends cower before this president when they know that the things he does severely damage democracy,” Schumer asked. "When a president feels it's more important to win an election than conduct a fair election, we're a step further away from democracy and toward autocracy. That's what dictators believe, winning at all cost.”

Robert Mueller’s investigation clearly found that Russian operatives intervened in the 2016 election to help Trump win. Asked this week, sitting behind the resolute desk in the Oval Office, whether he might accept such assistance again, Trump said he would. Republicans responded to this brazen admission by trying to defend Trump's invitation for hostile foreign powers to interfere in our democratic process. Senate Majority Leader Mitch McConnell is actively blocking any efforts to stop it from happening in 2020.

Blackburn, in particular, has close ties to a U.S.-sanctioned Russian politician who has recently come under intense scrutiny. Her former lawyer, G. Kline Preston IV, who represented Blackburn when she was facing allegations of possible campaign finance violations, also worked closely with Alexander Torshin, the prominent Russian politician with close ties to Putin who is now under intense scrutiny for allegations he illegally channeled Russian funds through the National Rifle Association in an effort to influence the 2016 election. According to the Washington Post, Blackburn has received the most NRA money since 2002 of any Tennessee member of Congress. (She was in the House before her election to the Senate in 2018.)

Blackburn’s objection is emblematic of how deep the rot runs in the Republican party, and also of the hold that Russian money has over its elected officials.