What is hell, exactly? We might joke it's other people -- but the Bible has a more complicated answer 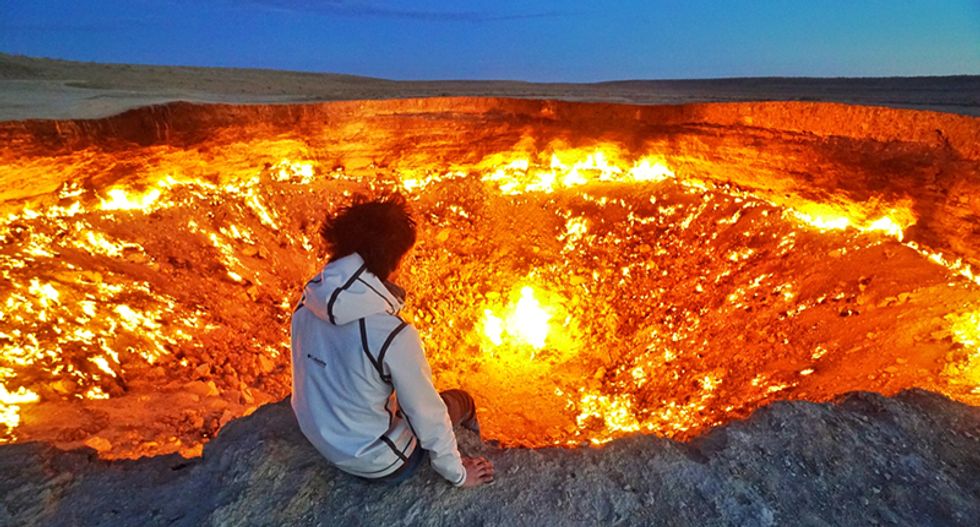 This is the first in a two-part series on heaven and hell by Bible scholar Robyn Whitaker. You can read her piece on heaven here.

“This is hell” we might proclaim, midway through a boot camp session or a punishing work deadline. We don’t, of course, mean we are literally in a place of eternal torment nor standing in a lake of fire.

Hell continues to be invoked in all sorts of ways, by Christians and non-believers alike, with Dante and Hieronymus Bosch, among others, fanning the flames of our collective imagination.

Considered by some as a swear word, hell can be used to threaten eternal damnation or, more colloquially, to add colour to an exclamation. But do we even know what we mean by the term? And where does this so-called Christian idea even come from?

The Hebrew Bible (or Old Testament) uses the word Sheol to describe the realm of the dead. Sometimes described as a pit and imagined to be a literal place under the earth, Sheol is where the dead – all of them, good and bad – go when they die. At times, Sheol is used poetically to relay the sense of tragedy associated with death. Sheol was not, however, associated with firey torment, nor is it a place of punishment. That idea comes later.

In the New Testament, “hell” is referred to by various terms: Gehenna, Hades, Tartarus, or the Abyss. Gehenna was a valley in or near Jerusalem. One popular theory is that it was the site of a perpetually burning rubbish dump (fire being the ultimate decontaminate in antiquity) and thus served as a metaphor for a site of purification. But there is little historical evidence for this theory.

The more likely reason for Gehenna’s association with “hell” lies in the memory, preserved in the Hebrew Bible, that this was where people burned their children as human sacrifices to the gods. Hence, Gehenna became synonymous with wickedness, fire, and death.

The term Hades comes from Greek culture. Initially used as a name for the god who had dominion over the realm of the dead and then later for the place itself, it was a place where all dead people resided. Homer’s Odyssey famously describes Hades as a place across a river at the end of the world, requiring a guide and long journey for the restless soul. In the Iliad, it is a murky, damp place. In Greek poetry, Tartarus is simply another name for Hades.

The writers of the New Testament, influenced by both Greek and Jewish cultures, incorporated Hades, Gehenna, Sheol, ideas of the Abyss, and other traditions into their conceptions of the realm of the dead. They write in a time when literary tours of hell and stories about the fate of lives after death were common. Most English Bibles translate Hades, Gehenna, and Sheol with the generic term “hell”, leaving readers unaware of the nuances and distinct terms in use.

The innovation of Second Temple Judaism and early Christianity was belief in a resurrection and with it the idea that after death some go to a place of reward and rest, while others are assigned a place of punishment for their bad deeds.

The religious text 1 Enoch 22 describes a Hades-like, watery place where the dead rest until they can be evaluated and judged. Similar images emerge in Christianity. The book of Revelation depicts a scene of final judgement where all the dead are raised to give an account of their actions, with some sentenced to a second death along with all evil (such as Satan) and others to eternal life.

It should be noted that these are poetic and highly symbolic apocalyptic texts whose purpose is primarily to persuade people to stay faithful to their God, not to set out a precise agenda for the afterlife.

The afterlife, in all its forms, is rarely related to correct belief but is rather about one’s actions and behaviour. Hence, vivid descriptions of “hell” emerge within the pages of the Bible and in early Christianity as a means of moral formation designed, as Meghan Henning has argued, to persuade people to act ethically.

For example, Luke’s gospel tells the story of a very wealthy man who lived lavishly and ignored a poor man, Lazarus, who begged outside his gate. In Jesus’ parable, both men die but their situations are shockingly reversed in the afterlife. The poor man finally has enough to eat and his bodily sores are healed up, whereas the rich man now suffers, crying out for a drink of water and begging for mercy.

Similarly, some Christians invoke hell to persuade individuals to repent of their sins. Such rhetoric is from a different time and place, when scaring people into faith seemed like a good idea. Likewise, many ancient Greek texts also depict tours of hell intended to confront readers with ethical questions and educate them about morality. TV shows like The Good Place continue to toy with this anxiety: that one earns a place in either heaven or hell based on one’s ethical deeds in life.

One challenge to the idea of hell as a literal place comes from the Bible itself. Parts of the New Testament record that when Jesus died on the cross he descended into the realm of the dead.

These fleeting references were preserved in ancient Christian creeds. Medieval Christians called Jesus’ descent to the dead the “harrowing of hell”. The theology behind it is that even the realm of the dead (hell) and death itself have been transformed by God.

It begs the question - does hell continue to exist? Many Christians today would say no. Others claim an ongoing belief in a literal place of eternal punishment, which raises a different theological question: what kind of God do you believe in to think God consigns people to eternal torment?

Hell is complicated precisely because it is a term used to denote a cluster of diverse ideas in the biblical tradition. Notions of a fiery place of torment, however, are more influenced by later medieval art, literature and Hollywood movies than they are by the biblical tradition or Christian theology.