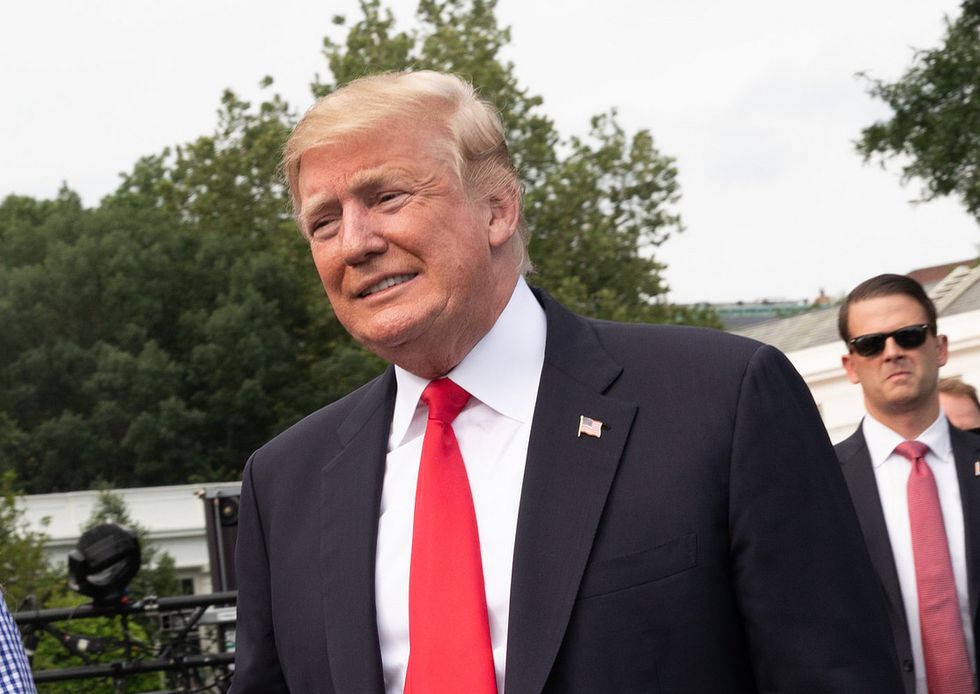 President Donald Trump has painted himself into a corner with the government shutdown. He was initially criticized by far-right media figures for agreeing to fund the government without acquiring funding for the wall, criticism which led him to renege on the funding deal he said he'd sign. Now he has forced the government into a shutdown and is refusing to back away from his demands for a wall — but he's already made it clear that he should take the blame for the shutdown, and Democrats have no incentive to play along with his pernicious and destructive tactics.

Trump has even threatened to keep the shutdown going for "months or even years." So how does this all end?

Eric Columbus, a former Obama appointee, speculated on Twitter that Trump may feel forced to end the standoff by following through on the outlandish threat he raised last week:

According to the Wall Street Journal Monday afternoon, Trump is still deliberating with aides about whether he will declare the national emergency.

"Declaring a national emergency to build the wall would be an abuse of emergency powers," said Elizabeth Goitein, co-director of the Liberty and National Security Program at the Brennan Center for Justice. "But Congress left the door wide open to this abuse by giving the president complete discretion to declare a national emergency."

Republicans would deserve as much as the blame for this abuse of power as Trump if he does follow through on it. After Trump made the threat last week, few Republicans made much effort to dissuade him or say that they would move to stop such a gross violation. There's no doubt, however, that the GOP would be lighting its hair on fire if President Barack Obama had used the law in such a brazen power grab.

But it seems that Trump is determined to continue the government shutdown until he can get out of it without feeling humiliated. He is comfortable pushing his powers to their limits and blaming his failures on the courts — so this may be what he sees as his best option.