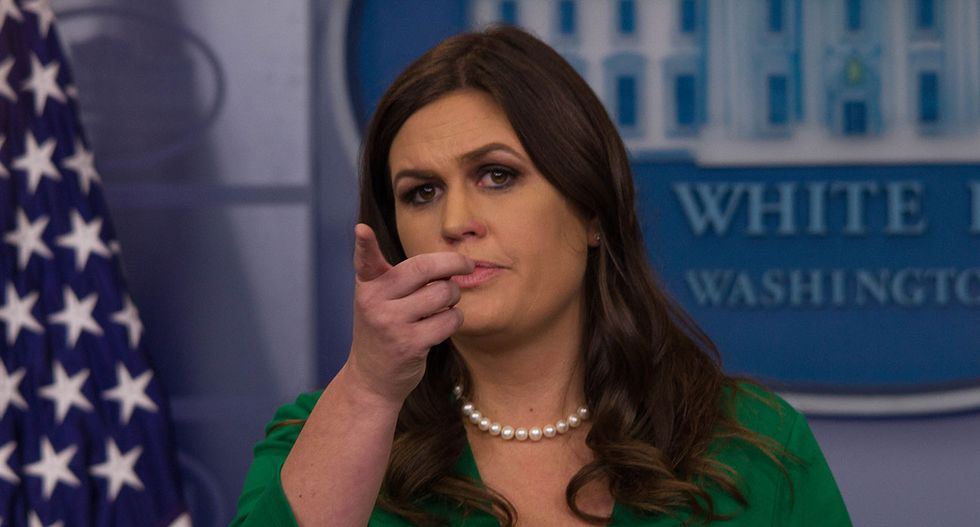 Fox & Friends” host Brian Kilmeade on Tuesday did his best to rescue White House Press Secretary Sarah Huckabee Sanders from her embarrassing performance over the weekend in which Fox News host Chris Wallace nailed her for misleading about the number of terrorists being apprehended at the southern U.S. border.

On Sunday, Sanders claimed that the United States needed to build a border wall because “4,000 known or suspected terrorists” tried to enter the country in the last year, while also implying that most of those came through the southern border.

Wallace, however, pointed out that most of those suspicious persons tried to enter the country through airports — and it turns out that only six of them tried to enter through Mexico in the first half of 2018.

Reacting to these revelations, Kilmeade tried to attack the media for supposedly downplaying the threat posed by six people who were apprehended at the border.

“Isn’t one too many?” Kilmeade asked.

Later in the segment, after an interview with National Border Patrol Council vice president Chris Cabrera, Kilmeade once again acknowledged that Sanders got her facts wrong about terrorists entering the United States — but he suggested that there could be other statistics that would one day prove her correct.

“On Sunday, Chris Wallace pushed back on the 4,000 number, we ended up with the six number,” he said. “But that doesn’t say that there aren’t other numbers out there that haven’t been unveiled.”