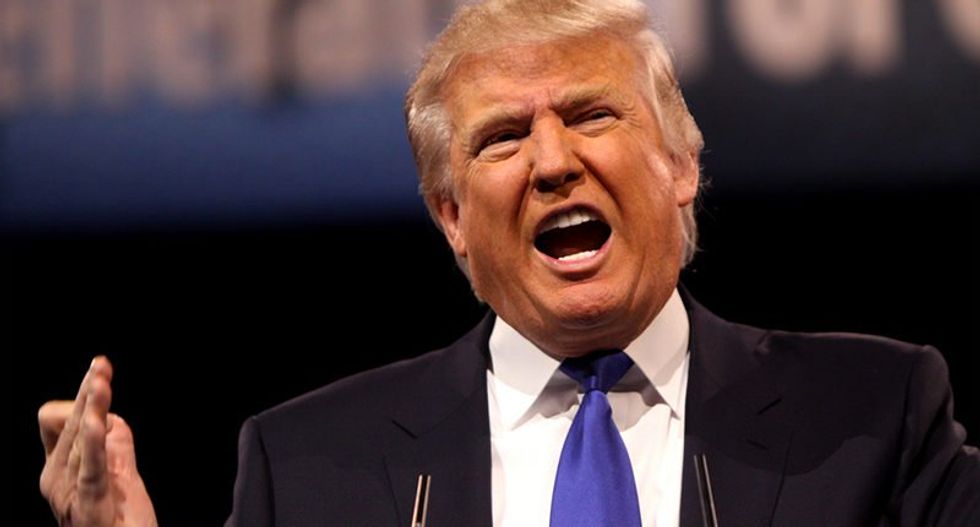 Trump’s ghostwriter put these words in the president’s mouth: "Money was never a big motivation for me, except as a way to keep score. The real excitement is playing the game."

I believe it about the money, though not about playing the game being his real excitement. If that were true, Trump wouldn’t be such a sore loser. He wouldn’t have said, on the last days of the campaign, that if he loses, “this will be the greatest waste of time, money and energy in my lifetime, by a factor of 100.” He wouldn’t have said of John McCain, “He’s not a war hero. He’s a war hero because he was captured. I like people who weren’t captured.” And he wouldn’t have said, “That makes me smart,” when Hillary Clinton accused him of not paying taxes for 18 years.

Trump’s sole value is being an impressive winner of the game. A neutral psychological assessment of his motivations wouldn't rule out the possibility that he ran for president because he was frustrated to see other people winning more than he was. He saw dictators around the world who had amassed more billions and had more power than he did. He realized that if he really wanted to win, he might do the same.

The evidence is overwhelming; Trump is a pathological climber. The self-declared "ratings machine" suffers from "impressive compulsive disorder,” a condition that is like hoarding, not of stuff but of impressive power.

You know that burning, sinking feeling you get when you're around someone who's more impressive than you? That's Trump's sole driver. There's nothing in him to upstage it, no greater good to temper it. Read between the lines, his worldview goes something like this:

Life is nothing but a dog-eat-dog game. The only value is being top dog. Winning is its own reward and the only reward. The power you gain by winning isn’t for anything else. Winners play the game undistracted by other values. All other supposed values are just means to that end. Duping others into thinking you care about other values, like welfare or making America great again, is how you play to win. Losers lose because they’re distracted by other values. To win, you need to use other people’s values against them. Other values are the loser’s handicap. You can get them to help you win by convincing them that you care about what they care about.

To winners, values are free lip-service bargaining chips. They’re free because lip service costs nothing; they’re bargaining chips in that losers value them. You can get people to help you win the game if you give lip service to those other values – just enough to keep them supporting you in the competition. That’s how the game is played and if you don’t know that, you’re naÃ¯ve. I know it. That’s what makes me smart.

To understand why Trump is a hypocrite and a liar, willing to say or do anything to climb, one has to pay attention to what’s missing in him. He lacks conscience. That may seem a moral accusation, but I mean it merely as a psychological diagnosis based on the evidence. Unconstrained by any other value, he’ll say and do anything to win. He is a gloataholic, addicted to gloating as impressive because no other value upstages that goal for him. We could call him a narcissist or sociopath, but it’s more than that. Not all narcissists and sociopaths need to keep gaining and hoarding power the way he does. He is Yertle the Turtle on steroids. 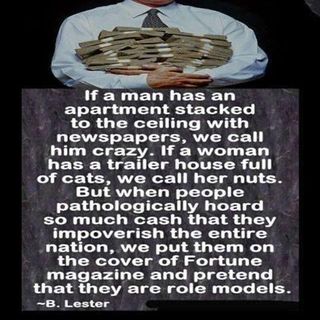 All of us are hypocritical liars to some degree or other. We are willing to compromise here and there when there’s something to gain for it. Often what’s gained is personal and immediate, but often it’s a greater good of some sort, for example, saying what we know isn’t true as a way of encouraging others or ignoring our imperfections to make a stronger case against a greater evil.

Politicians have to be hypocritical and lie, in part because they have to appeal to a general public that is hypocritical and lying to themselves about how they (unlike other people) just want straight talk. Pandering is part of the politician’s job description. Downplaying one’s own flaws to draw contrasts with opponent’s flaws is part of the job description too. No politician can survive without doing these things. Great leaders do it. Lincoln did. What makes them great is that they do it both skillfully yet measuredly and always to serve a higher purpose. As Lincoln did.

Trump is a skillful hypocrite and liar, but not a measured one. He has no sense of proportion. His hypocrisy and lying know no bounds. He has no higher purpose in mind, nothing to constrain his quest for ever more power.

We tolerate more hypocrisy and lying when we think it’s serving a higher purpose. That’s why many were willing to hold their noses and vote for Trump even though they knew he was a hypocrite and a liar. They saw him as campaigning for the greater good. Some saw his character flaws as a cost outweighed by the greater good he would do. Others saw it not as a cost but a benefit because the only way to get the greater good done in our paralyzed system would be to deploy the unrelenting confidence Trump showed. Either way, the greater good justified it and made him worthy of their votes.

Two months in, there are no signs of the greater good. He still gives it lip service, but that costs him nothing. Increasingly it’s evident that Trump got away with justifying his unbounded hypocrisy and lying as serving a greater good that he never cared about. We have elected a rebel without a cause.

In a way, Trump is highly evolved. Evolution has always been about maximizing the organism’s gain. It is a merciless competition among creatures indifferent to each other’s welfare except to the extent that it helps them. Trump is the perfect animal. Not the perfect human, though. Humans have the foresight to be able to address the tragedy of the commons: If everyone is just out to win for winning’s sake, game over and everyone loses. That shouldn’t make us aspire to be selfless, but at least interested in keeping the game going by not winning so completely that we eliminate it altogether.

In a way, parasites recognize the risk of ending the game, though of course not consciously. They rarely kill enough hosts that the game is over for them. Work to win, but don’t blow up the game board winning depends upon.

Trump isn’t the only pathological climber. What was once the Republican Party is now infested with them.

Because greater goods don’t matter to pathological climbers they can exploit any popular cause. There have been plenty of leftist pathological climbers, and religious ones too, people who will pay lip service to any cause if it helps them gain and hoard impressive power.

Business is the career path of choice for many pathological climbers since money is the most tangible metric of impressive power, as Trump’s ghostwriter said, the way to keep score. Even those who enter business with a greater good in their hearts often end up just giving it lip service as a way to survive in business, since in intense power struggles, having other values ties one’s hands. Likewise, people enter law to fight the good fight and end up corporate lawyers just out to win. If they’re going to rise in power, they’re going to have to shed the weighty baggage of other values.

Both law and business are cultures prone to saturation with pathological climbers. The more there are, the more there will be, since competing with them is difficult when your hands are tied with other values. The traditionally pro-business Republican Party is the party likeliest to experience a surge in pathological climbing as it is today.

Social conservatism was a strange bedfellow, especially to libertarianism. How can you be for small government and yet want to impose social morality topdown? Cold War anti-communism and libertarianism slept well together since communism is the opposite of libertarianism. Still, one could hardly call the Soviet Union communist. It was communist in name only, much as Trump’s campaign was really about making America great again. More accurately, the Soviet Union was game-killing crony plutocracy, as is Russia today.

And as the U.S. could be soon, if we don’t get better at identifying what kills the game. It's not communism, which as a theory is very much a distracting value; and it's not political correctness, globalization or regulation, which are game levelers. Rather what kills the game pathological climbing, impressive compulsive disorder, the source of runaway inequality and a return to animal impulse unfettered by humanitarian values.