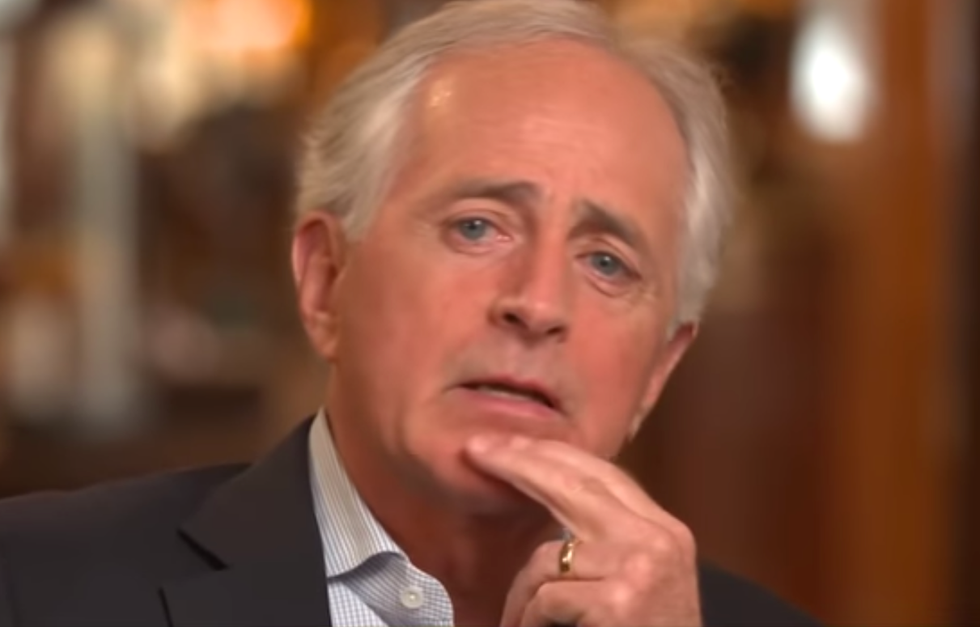 Republican Sen. Bob Corker of Tennessee on Wednesday said President Donald Trump’s conduct “hurts our country,” telling CBS “This Morning” that while he likes the administration’s “deregulation,” he finds the president’s behavior “unnecessary.”

"But I think what the, where the president hurts himself and hurts our country, is his own personal conduct," he added. "It's unnecessary. It's an unforced error.”

Corker said he spoke with GOP candidates who weren’t asked about policy positions during the 2018 midterm elections. Instead, Corker said, people wanted to know, “Are you with Trump?”

CNN on Tuesday reported that Corker will introduce a measure rebuking Saudi Crown Prince Mohammed bin Salman, a.k.a. MBS, and the Saudi government for the murder of journalist and Washington Post columnist Jamal Khashoggi. The resolution would be stronger than a non-binding measure, and if it is approved in the Senate, it would go to the House of Representatives for consideration.

Although most Republicans in the Senate have been unwavering in their devotion to Trump, the Khashoggi killing has been an exception. Trump and others in his administration—including Secretary of State Mike Pompeo and National Security Advisor John Bolton—have maintained that there is no concrete evidence linking MBS to Khashoggi’s murder. But CIA Director Gina Haspel disagrees, asserting that she is confident that Khashoggi was killed on direct orders from MBS. And after a closed-door briefing with her last week, key Republican senators—including Corker and Sen. Lindsey Graham of South Carolina—made it clear that they share Haspel’s view.

On December 10, Corker told CNN that there is a “strong sense of outrage” in the Senate over the death of Khashoggi, who was killed inside the Saudi Consulate in Istanbul, Turkey on October 2. The Saudi government has claimed that Khashoggi was killed not on orders from MBS, but as the result of a kidnapping plot and a rogue operation gone wrong.

One of the GOP senators who will almost certainly support Corker’s measure if it comes up for a full vote is Graham, who has denounced MBS as a “wrecking ball.” Trump, however, adamantly opposes any sanctions against Saudi Arabia and has maintained that he considers the Saudi crown prince a valuable ally of the United States.

The Senate could also vote this week to end U.S. support for the Saudi-led war in Yemen.

Watch Corker's interview below, via CBS: