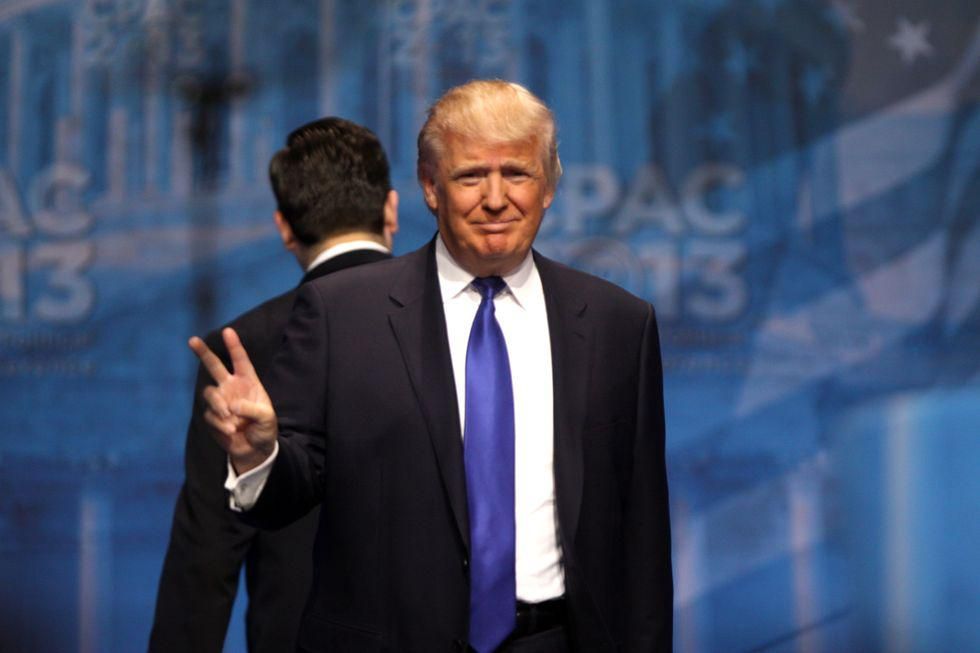 Former President Donald Trump is reportedly still on a warpath to avenge his exile from social media platforms. Although Trump appears to have failed in his attempt to create a far-right, MAGA-fueled social media platform of his own, the former president may have found a right-wing business partner to help advance his agenda.

"In recent months, Rumble and the twice-impeached former president’s social media venture have been in talks about a potential business partnership, according to two people familiar with the matter. One of these sources, who has spoken to Trump about the prospect, said the former president has repeatedly inquired about how much Rumble could pay him—and has bragged that whatever Rumble offers, his partnership would be worth “double that,” given his massive fanbase of conservatives and Republican voters."

The timing of both companies going public also raises speculation about their ties. Trump's company, Trump Media and Technology Group (TMTG), is already going through that process while Rumble on Wednesday also announced its plan to follow suit.

Andrew Morris, founder and CEO of the GreyNoise cybersecurity firm, also weighed in on the companies' infrastructure records that were reported by The Beast.

"There's overlap. Rumble is hosting a Truth Social mail server," Morris said. "The server is not in use but it is a valid one. This email domain name was set up by the operators of Truth Social and it was in collaboration with Rumble.”

The latest investigative findings come months after Republican politicians and right-wing figures began exploring other social media options following Trump's banishment from social media. Many joined sites like Parler and Rumble. Although Parler faced banishment similar to Trump, Rumble has expanded. Back in 2013, Rumble CEO Chris Pavlovski explained why the platform was founded as he described it as a way to push back against Big Tech.

During a podcast appearance back in July, he expounded on the company's purpose.

“They built these platforms on the back of our aunts and uncles, and by 2013, they started emphasizing these [Multi-Channel Networks], a lot of the big creators, icons, big brands, et cetera,” Pavlovski said at the time. “We built Rumble in 2013 to bring back the distribution and monetization to the small creator.”