Lawmaker highlights the hypocrisy in Mark Meadows' decision to withhold information ​about the Jan. 6 insurrection 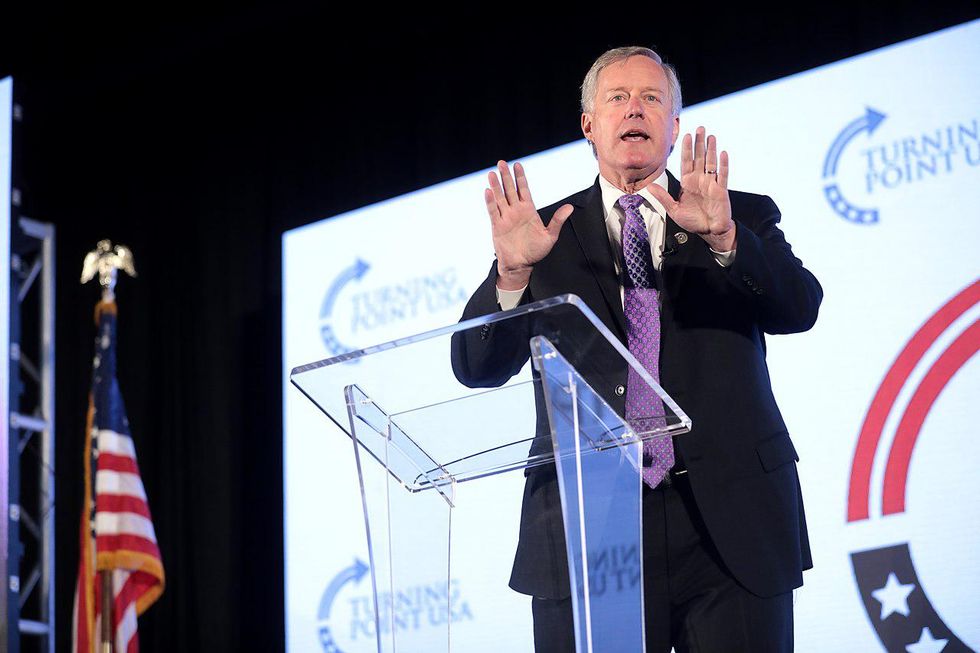 Former White House Chief of Staff Mark Meadows is facing criticism for the hypocrisy of his attempt to withhold information from the House Select Committee investigating the Jan. 6 insurrection on the U.S. Capitol.

On Thursday, December 2, Rep. Adam Schiff (D-Calif.) and other members of the House committee explained how Meadows may have damaged his own case for keeping a lid on his conversations with former President Donald Trump. If he did, indeed, share details about his contact with the former president in his new book titled, "The Chief's Chief," it could subsequently cause him to waive any claim of executive privilege.

"It's … very possible that by discussing the events of Jan. 6 in his book, if he does that, he's waiving any claim of privilege. So, it'd be very difficult for him to maintain 'I can't speak about events to you, but I can speak about them in my book,'" Schiff told Politico.

The former Trump official's new book is scheduled to be released around the same time he is set to appear before the Jan. 6 committee. His appearance will come after weeks of avoidance tactics that to Meadows facing threats of possibly being held in contempt of contempt.

Speaking to reporters, House Select Committee Chair Bennie Thompson (D-Miss.) also shared his reaction to some of the excerpts that have been released noting that the committee has plans to ask about some of the information mentioned. "I've seen excerpts from it. Some of what we plan to ask him is in the excerpts of the book," Thompson said on Thursday.

“Executive privilege covers information vital to the national interest to protect, as well as the privacy of some internal White House deliberations. If the same information is made public, there can be no valid claim to a right to withhold it from Congress,” said Rozell. “It is hard to imagine a stronger measure of contempt for Congress' authority than to refuse to cooperate with an investigation but being willing to present the requested information in the public domain to sell books.”