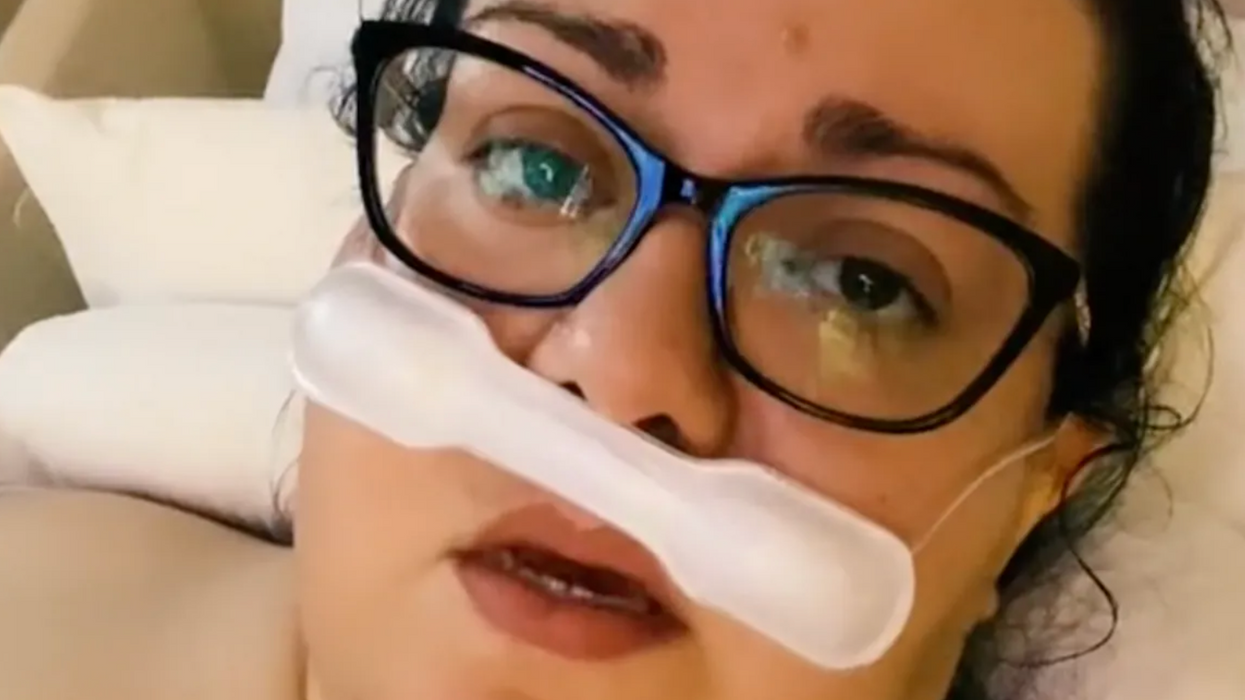 A TikTok creator has died from COVID-19 after urging people to get vaccinated in her final video, filmed in her hospital bed.

"I don't have a lot of energy for talking, so I'm going to try to make this quick," Alexandra Blankenbiller said in the video, shared Aug. 15 with her 15,000 followers. "I did not get vaccinated. I'm not anti-vax; I was just trying to do my research. I was scared, and I wanted me and my family to all do it at the same time. As I'm sure you guys know, it's hard to get everyone to agree on something if people feel differently."

"I do think it was a mistake," she added. "I shouldn't have waited. If you are even 70 percent sure that you want the vaccine, go get it. Don't wait. Go get it. Because hopefully if you get it, then you won't end up in the hospital like me. It's not saying that you'll not get COVID, it's just a layer of protection so hopefully it's not as severe."

According to WebMD.com, the 31-year-old Blankenbiller died nine days later at Orange County Medical Center in her home state of Florida, and her family blames "misinformation."

"Like many Americans, Blankenbiller had been hesitant to get the vaccine," WebMD reported Tuesday. "She had read conflicting information about the available COVID-19 shots, and she and her family didn't want to get immunized until everyone was on board. ... When they all agreed to get their shots, Blankenbiller, along with her mother and two sisters, made their appointments. But they fell ill before their scheduled time slots."

Blankenbiller's sister, Rachel Blankenbiller, said: "Her final video really showed a lot of who she was. She was selfless -- the type of person who used her final days to help others."

Alec Hadden, director of Blankenbiller's a cappella singing group, added: "She cared deeply about helping others, and I think it was that compassion for others that drove her to try and educate people through her final few videos. She did not want anyone, even a stranger watching her videos on TikTok, to go through the pain and heartache that she and others on the COVID ward were going through. And if she could help even one person, she would."

WebMD noted that Blankenbiller's last four videos were all filmed in the hospital.

"In a chilling video from Aug. 13, there were screams coming from another room. Blankenbiller looked scared," the site reported.