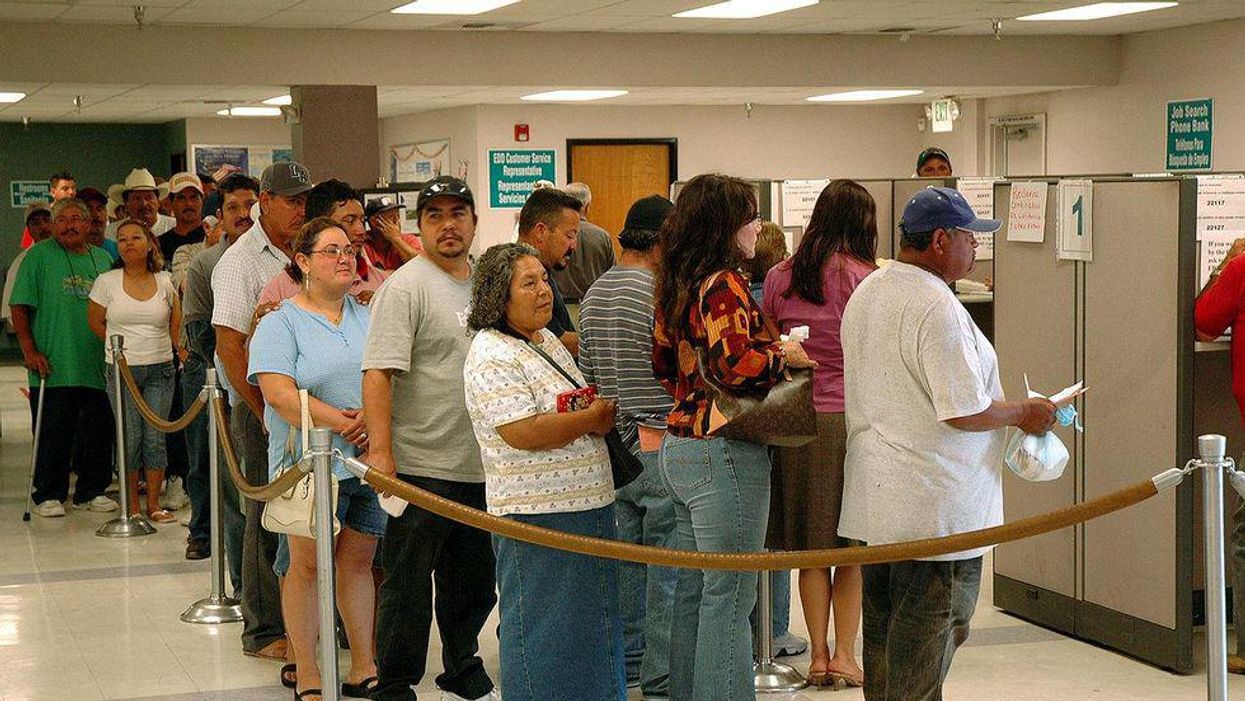 Progressives and economic experts fumed Monday as boosted unemployment aid—which has kept millions of workers, their families, and the overall economy afloat during the Covid-19 pandemic—came to an unceremonious end despite the persistence of the virus and a stalled economic recovery.

"Happy Labor Day everyone!" tweeted Matt Bruenig, founder of the left-leaning People's Policy Project, in a sarcastic declaration early on Labor Day. "Today, 9.3 million unemployed workers will have their benefits cut, depriving them and 26 million members of their household of income."

Nearly 18 months after Congress came to the rescue of jobless Americans, its historic expansion of the nation's unemployment benefits system expired nationwide this weekend. Lawmakers, who extended the three pandemic programs in December and March, are not expected to renew them again.

A key component of the relief effort was a federal weekly supplement for out-of-work Americans. Initially, the jobless received a $600-a-week boost from April through July of 2020. Congress then revived the enhancement in late December but reduced it to $300 a week.

Lawmakers also created two other measures to aid the jobless when the coronavirus struck. The Pandemic Unemployment Assistance program provided payments for freelancers, the self-employed, independent contractors and certain people affected by the outbreak, while the Pandemic Emergency Unemployment Compensation program extended payments for those who've exhausted their regular state benefits.

In a blog post Friday published in the wake of a worrying new federal jobs report, Breunig argued it was "impossible to justify the brutal UI cuts" given the current economic situation and state of the pandemic.

"Employment," wrote Bruenig, "is still 5.3 million jobs below the pre-pandemic level and that, even in the best case scenario, it will take at least five months to fill that job gap."

Andrew Stettner, a senior fellow at the Century Foundation, a progressive think tank, said Sunday that the "loss of pandemic unemployment—just as the Covid-19 Delta variant surge threatens to derail the economic recovery—portends financial hardship ahead" for millions.

When taking into account those who dropped out of the labor force, were misclassified, or experienced a drop in hou… https://t.co/SXg2SDmwbq
— Elise Gould (@Elise Gould) 1630679957.0

The loss of federal unemployment assistance at this moment, SEIU secretary-treasurer Jamie Contreras told the HuffPost on Monday, "will be a double whammy of hardship" for the unemployed and their families.

"We're not anywhere near done," warned Contreras. "People still need help. ... For millions of people, nothing has changed from a year and a half ago."

With Congress on recess and the Biden administration resigned to let the benefits lapse, ire was directed at both parties and the White House for not doing more to ensure that the boost of UI was tied more directly to economic conditions or more clear signs that the pandemic was under control.

The American government is honoring Labor Day by cutting off enhanced unemployment benefits during a pandemic and a weak jobs report.
— David Sirota (@David Sirota) 1630678237.0

"I don't understand how anyone in Washington cannot know normal people, their friends, families, cousins who are going through this," Kathleen Fox, a producer in New York who has struggled to find work, told the Washington Post. "The [Biden] administration has lost interest in this cause and they've moved on to other things."

Speaking with the Chicago Tribune, Stettner said the loss of benefits is "going to be a calamity for a lot of people—a very quiet calamity."