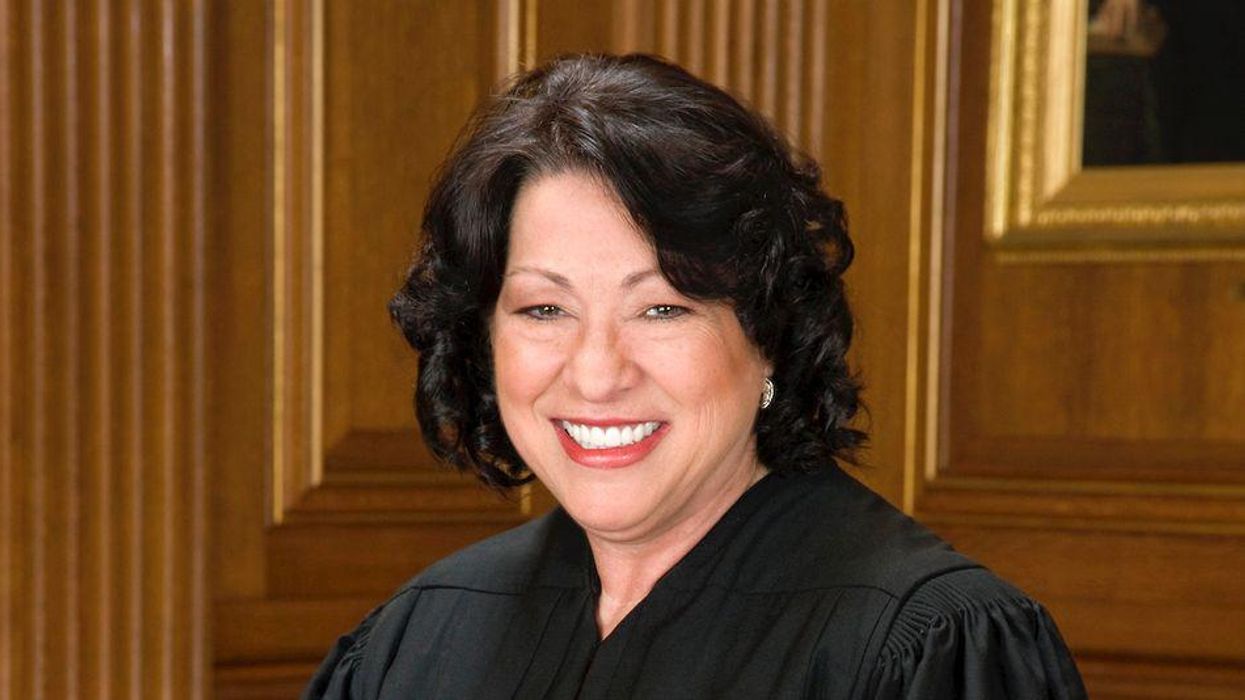 "The Court's order is stunning," Sotomayor wrote. "Because the Court's failure to act rewards tactics designed to avoid judicial review and inflicts significant harm on the applicants and on women seeking abortions in Texas, I dissent."

She left out the traditional word "respectfully" before "dissent" — a telltale sign that a justice is livid.

The order came in response to a challenge, brought by abortion providers among others, against a Texas law that had been making its way through the lower courts. It had been set to go into effect on Sept. 1, prompting urgent demands that the Supreme Court intervene to stall its implementation until the court process reaches its natural conclusion. Usually, restrictive abortion laws are paused, in part because the existing judicial precedent is so clear that they are unconstitutional.

But the Texas law is unique, since instead of issuing to the state the power to block abortions, it lets regular citizens bring lawsuits against anyone who provides an abortion or "aids and abets" an abortion in the state. The citizen can be awarded $10,000 through such a suit. In an unsigned order, five of the court's conservatives said that this unprecedented feature of the law introduces enough uncertainty about its legal status to undermine the case for issuing an injunction at this time.

But Chief Justice John Roberts, along with the court's three liberal justices, dissented. Sotomayor's dissent was the most impassioned.

"Presented with an application to enjoin a flagrantly unconstitutional law engineered to prohibit women from exercising their constitutional rights and evade judicial scrutiny, a majority of Justices have opted to bury their heads in the sand. Last night, the Court silently acquiesced in a State's enactment of a law that flouts nearly 50 years of federal precedents. Today, the Court belatedly explains that it declined to grant relief because of procedural complexities of the State's own invention," she wrote.

She noted that the law "prohibits care for at least 85% of Texas abortion patients and will force many abortion clinics to close," according to the plaintiffs. Allowing it to stand clearly violates Supreme Court precedent as established in Roe v. Wade and Planned Parenthood v. Casey, which upheld the right to access abortions. And she noted that no one even tries to argue that the Texas law is constitutional. Instead, Texas lawmakers tried to "circumvent" the Constitution by outsourcing enforcement of the law.

"In effect, the Texas Legislature has deputized the State's citizens as bounty hunters, offering them cash prizes for civilly prosecuting their neighbors' medical procedures," Sotomayor explained. "Taken together, the Act is a breathtaking act of defiance—of the Constitution, of this Court's precedents, and of the rights of women seeking abortions throughout Texas."

The court's majority, she said, is rewarding Texas for its "gambit."

"This is untenable," she wrote. "It cannot be the case that a State can evade federal judicial scrutiny by outsourcing the enforcement of unconstitutional laws to its citizenry. ... [The] Court has rewarded the State's effort to delay federal review of a plainly unconstitutional statute, enacted in disregard of the Court's precedents, through procedural entanglements of the State's own creation. The Court should not be so content to ignore its constitutional obligations to protect not only the rights of women, but also the sanctity of its precedents and of the rule of law."

Justice Elena Kagan also wrote a dissent, though "respectfully," criticizing the majority for abusing the "shadow docket" — the orders it issues outside of the usual lengthy procedures of briefings, oral arguments, and detailed opinions.

"[The] majority's decision is emblematic of too much of this Court's shadow-docket decisionmaking—which every day becomes more unreasoned, inconsistent, and impossible to defend," she wrote.